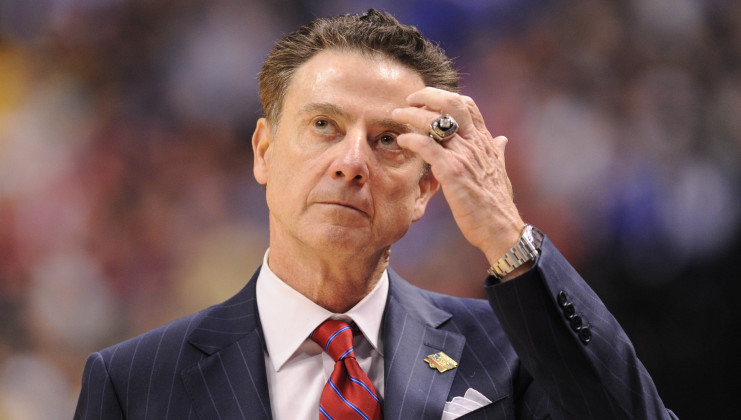 By SEAN BOCK & ADAM ZAGORIA The Louisville basketball program lost two top-100 recruits in the class of 2018 on Wednesday in the wake of the latest scandal that cost AD Tom Jurich and head coach Rick Pitino their jobs, while a third recruit has eliminated the Cardinals from consideration. Five-star guard Anfernee Simons and four-star guard Courtney Ramey both decommitted, while five-star guard Romeo Langford cut Louisville from his list. “Due to the current allegations associated with the University of Louisville men’s basketball program, a family decision was made that Romeo Langford will no longer be considering U of L in his recruitment,” Langford’s dad, Tim, told the Louisville Courier-Journal in a text message. The 6-foot-5 Langford has visited Vanderbilt and will visit UCLA officially this weekend. He also has officials set for North Carolina and Kansas next month, as well as an unofficial to Indiana. Simons, the No. 12 player in the 2018 class according to 247Sports, announced via his Twitter he’d be opening up his recruitment after allegations involving Louisville. Florida and Vanderbilt should be considered the early favorites according to Andrew Slater. THANK YOU LOUISVILLE #L1C4 pic.twitter.com/UQSRWa7OHK

Terrell Ramey, the father of Courtney, told Scout his son would also be de-committing from Louisville. “We are going to reopen it,” Terrell told Scout. “We aren’t excited about it, but it’s something we have to do.” Before deciding on the Cardinals in February, Florida, Creighton, and Iowa State were involved in his recruitment along with other high-major programs. “We have some previous relationships from the past that I’m sure will come to light again,” Terrell told Scout. Ramey is the No. 9 point guard in the class of 2018 according to 247Sports.

Louisville also said an unnamed player has been told he will not be allowed to practice or participate in any basketball activity but refused to name the player. All signs are pointing to five-star guard Brian Bowen.


Greg Postel says one Louisville player (Brian Bowen) has been suspended indefinitely and withheld from practices and workouts.