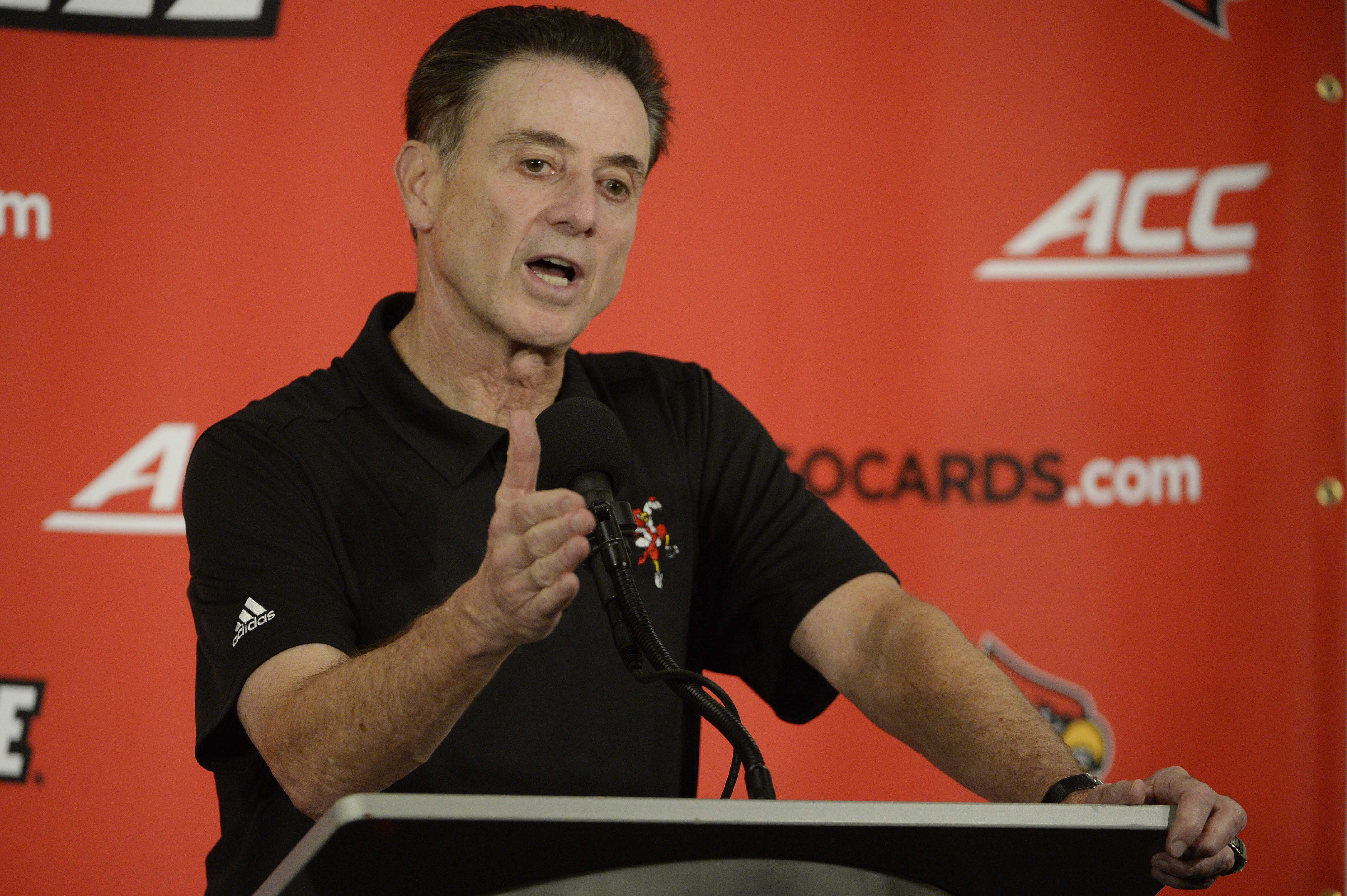 Louisville has placed athletic director Tom Jurich on paid administrative leave and head coach Rick Pitino on unpaid administrative leave in the wake of the bribery scandal. Steve Pence, Pitino’s attorney, told the Courier-Journal that Pitino has been “effectively fired.” Pitino met with interim President Greg Postel Wednesday morning and reportedly left misty eyed. College basketball practice begins Friday, and Louisville will do so with an interim head coach. “We will work quickly to name an interim head men’s basketball coach and an interim athletic director,” Postel said. “We hope to have those announcements within 48 hours.” Meantime, ESPN’s Adrian Wojnarowski reported Pitino, 65, has gauged NBA teams about a possible return to the league where he coached the Knicks and Boston Celtics, but has gotten no positive feedback.

Rick Pitino has probed NBA teams on return as a head coach in recent years, but there’s been no interest in him. That’s unlikely to change.

This was Pitino’s third major strike, following two previous scandals, including the sex scandal at Louisville for which the University was put on probation in June. The school is appealing to keep its 2013 NCAA championship intact. The NCAA suspended Pitino for five Atlantic Coast Conference games in the 2017-18 season for the sex scandal. In this latest incident involving the FBI investigation announced Tuesday, Louisville allegedly paid current freshman Brian Bowen‘s family $100,000. Bowen committed to Louisville June 3, well past the late signing deadline and after Louisville had not appeared on his previous list of schools. “In my 40-some-odd years of coaching, this is the luckiest I’ve ever been,” Pitino told Terry Meiners of WHAS-840 on June 6. On Tuesday, Pitino issued the following statement: “These allegations come as a complete shock to me. If true, I agree with the US Attorneys Office that these third-party schemes, initiated by a few bad actors, operated to commit a fraud on the impacted universities and their basketball programs, including the University of Louisville. Our fans and supporters deserve better and I am committed to taking whatever steps are needed to ensure those responsible are held accountable.” Pitino is the only men’s coach in history to lead two different schools to an NCAA Championship (Kentucky and Louisville). He is also the only coach to lead three different schools (Providence, Kentucky, and Louisville) to a Final Four. Pitino is also one of only four coaches in NCAA history (along with Dean Smith, Mike Krzyzewski and Jim Boeheim) to take his school to the Final Four in four separate decades. Louisville is not among the schools singled out in an FBI investigation in which assistant coaches from Arizona, Auburn, Oklahoma State and USC were arrested on Tuesday and then suspended or placed on leave by their respective Universities. But the University said Tuesday it had “received notice that it is included in a federal investigation involving criminal activity related to men’s basketball recruiting.” Bowen’s mother told the Louisville Courier-Journal on Tuesday she didn’t know anything about the latest report. “I don’t know anything about that,” Carrie Malecke told the paper. “I don’t know anything about that. I’m not aware of anything like that. Not me. I had no idea.” Follow Adam Zagoria on Twitter