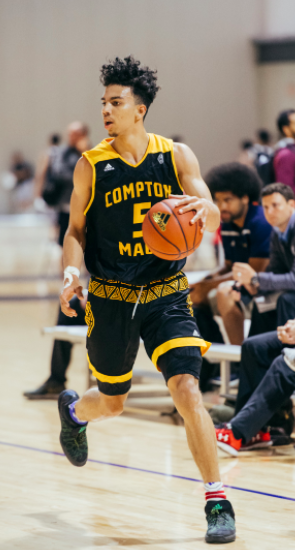 By SEAN BOCK Jules Bernard, the 6-foot-6 shooting guard from Windward (CA) School, committed to UCLA on Tuesday, per the Compton Magic’s Twitter account. “I chose to commit to UCLA because I think it’s a perfect fit for me,” Bernard told Scout. “I think the coaching staff is one that I’ve created a great relationship with. They’ve put so much time and effort into recruiting me and believing in my game.”

Bernard chose UCLA over his final five of USC, Kansas, Miami, and Oregon. Bernard took his second official visit to Westwood this past weekend. “This has been a humbling and amazing journey over the last few years,” Bernard said in a press release from Windward School. “I’ve been fortunate to have met some special people who have taught me, mentored me, molded me, and guided me. I would like to thank all the college coaches and schools that believed in me, recruited me, and those who put time and effort into getting to know me and my family. I am excited and honored to continue my education and growth as a basketball player in my hometown at UCLA.” Bernard is the second commitment for Steve Alford along with four-star guard David Singleton. According to 247Sports, Bernard is the No. 46 overall player in the class of 2018 and the No. 6 player from the state of California. Follow Sean on Twitter