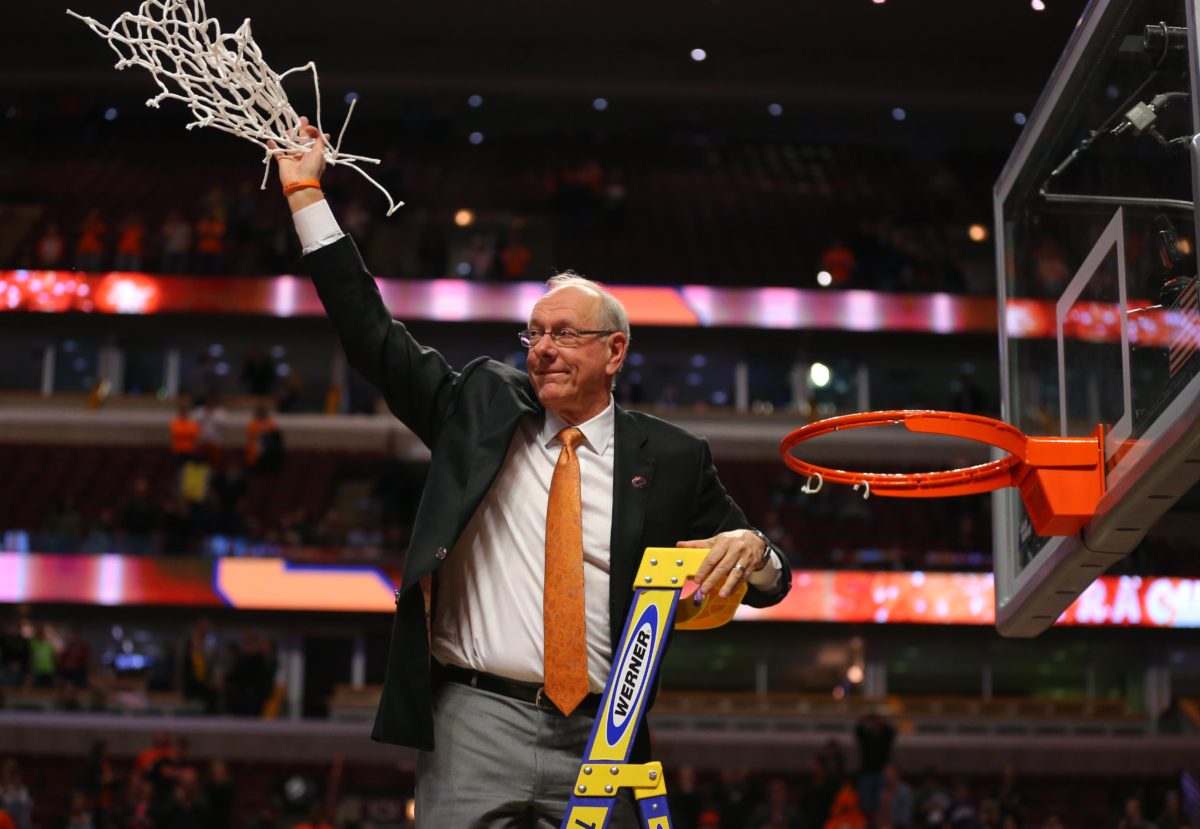 The matchups for the 19th annual Big Ten/ACC Challenge have been determined, and will be played in late November. North Carolina, the reigning NCAA national champions, is among the participants in this year’s event. The Challenge matches all 14 Big Ten teams against all but one ACC member. Dates, network assignments and tip times will be announced at a later date.
ESPN, ESPN2 and ESPNU will combine to televise all 14 games of the event, matching top college basketball programs playing for conference supremacy and the Commissioner’s Cup. All games will also be available to stream via the ESPN app.
Seven teams are ranked in Myron Metcalf’s ESPN.com way-too-early preseason top 25 poll: No. 3 Michigan State, No. 5 Duke, No. 7 North Carolina, No. 10 Louisville, No. 12 Miami, No. 20 Northwestern and No. 21 Notre Dame.
Schedule highlights:
• Several games are rematches from prior Challenges: Louisville-Purdue (2016), Duke-Indiana (2015), Northwestern-Georgia Tech (2014), Notre Dame-Michigan State (2014) Wisconsin-Virginia (2013), Iowa-Virginia Tech (2012), Miami-Minnesota (2009), Clemson-Ohio State (2004), Illinois-Wake Forest (2004) and Penn State-NC State, who haven’t met in the Challenge since 2000
• Potential top-25 matchup with No. 21 Notre Dame facing No. 3 Michigan State, who met in the 2014 Challenge
• Four games will have first-time Challenge matchups: Maryland-Syracuse, Florida State-Rutgers, Michigan-UNC and Boston College-Nebraska
• Duke has won more Challenge games than any other team, taking 16-of-18 matchups with its only two losses coming to Wisconsin (2009) and Ohio State (2011)
Team highlights:
• Fifteen teams competed in the 2017 NCAA Division I Men’s Basketball Championship: NCAA champion North Carolina; Sweet 16 teams Michigan, Purdue, Wisconsin, as well as early-round participants Duke, Florida State, Louisville, Maryland, Miami, Minnesota, Notre Dame, Northwestern, Virginia, Virginia Tech and Wake Forest
• The Challenge field has eight players ranked in the top 25 of 2017 ESPN Recruiting Nation 100, including four of the top 10: No. 4 Wendell Carter (Duke), No. 5 Trevon Duval (Duke), No. 7 Gary Trent (Duke), No. 8 Jaren Jackson (Michigan State), No. 12 Lonnie Walker (Miami-Fla.), No. 13 Brian Bowen (Louisville), No. 20 Nickeil Alexander-Walker (Virginia Tech), No. 25 M.J. Walker (Florida State)
• Duke boasts the No. 2 incoming class, followed by No. 6 Louisville, No. 9 Florida State, No. 10 Miami and No. 15 Michigan in the top-15 of the 2017 ESPN Recruiting Nation Class Rankings, with a total of 10 programs in the top 40

2017 Big Ten/ACC Challenge schedule (dates, networks & times will be announced at a later date)
• Boston College at Nebraska
• Clemson at Ohio State
• No. 5 Duke at Indiana
• Florida State at Rutgers
• No. 20 Northwestern at Georgia Tech
• No. 10 Louisville at Purdue
• No. 12 Miami at Minnesota
• Michigan at No. 7 North Carolina
• Penn State at NC State
• No. 21 Notre Dame at No. 3 Michigan State
• Maryland at Syracuse
• Wisconsin at Virginia
• Iowa at Virginia Tech
• Illinois at Wake Forest