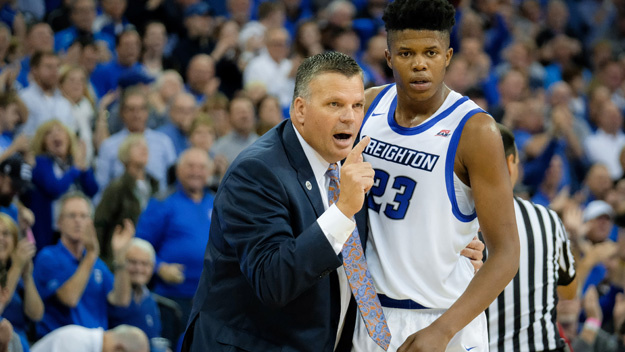 I’m blessed and honored to be the coach at Creighton…..and am looking forward to many more great years in Omaha! #rolljays

“I have been privileged to be the Athletic Director at Creighton University for the past 23 years, and in those years we have had only two men’s basketball coaches,” said Creighton Director of Athletics Bruce Rasmussen.  “Dana Altman and Greg McDermott are outstanding coaches who recruit, retain, develop and graduate young men who also have properly represented the mission of Creighton University.  I am thankful for the time and friendship I have shared with both of them, and look forward to many more years with Coach McDermott at Creighton.” McDermott is 445-276 in his career, including stops at Creighton, Iowa State and Northern Iowa. In seven seasons with the Bluejays, he has been to four NCAA Tournaments. Sources told ZAGSBLOG that Ohio State never reached out to Chicago Bulls coach Fred Hoiberg, who has also been linked to the job. “Anytime your name is associated with great job, it’s an honor,” Hoiberg said in a statement to the Chicago Tribune. “But I’m head coach of the Bulls/have no intention of leaving.” Several other Big East coaches had been linked to the Ohio State job, including Xavier’s Chris Mack and Butler’s Chris Holtmann. Mack Tweeted this week that he just bought a new house in Kentucky, and thus seems unlikely to make the trek to Columbus.

My timing for this house sale, well ?. But we are moving to NKY. Love Xavier! Now, about that house we have to sell… any takers?

Ohio State announced Monday that it was parting ways with Matta, 49, who has experienced health problems resulting from multiple back surgeries. The new coach will have to turn his attention to recruiting immediately as the live period begins July 12.