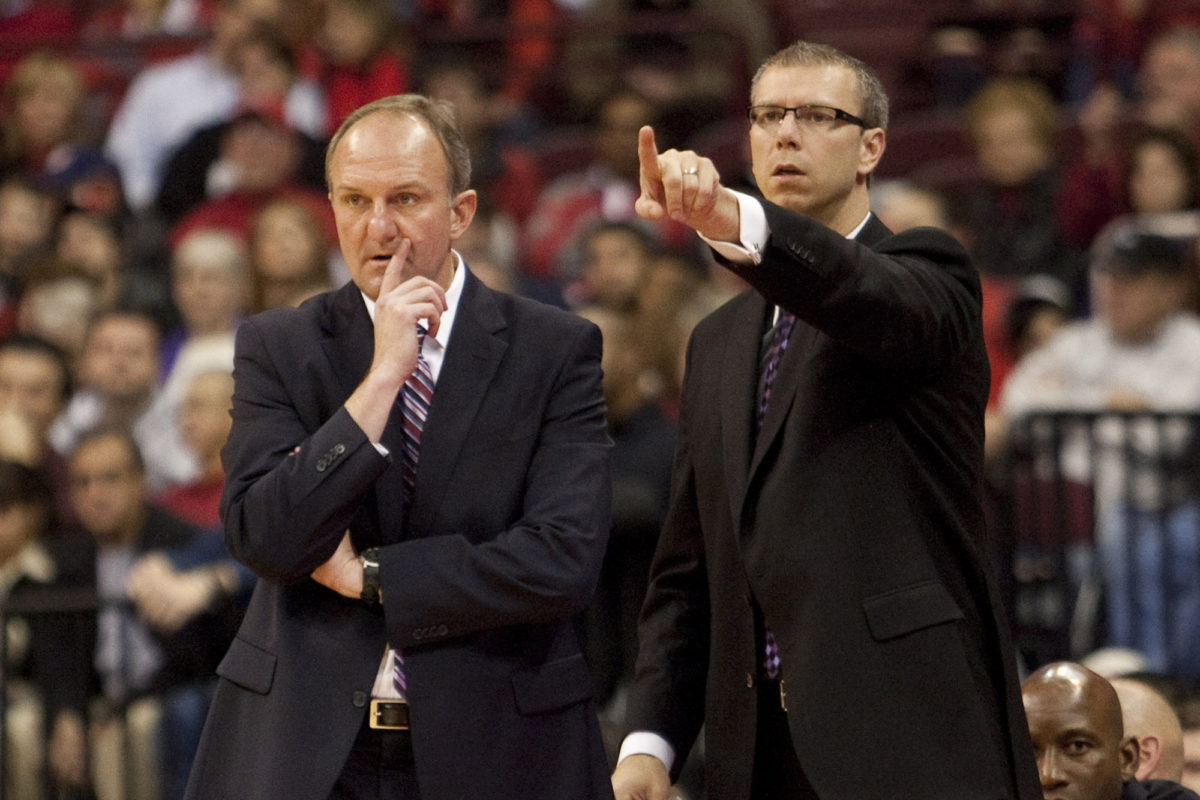 The Thad Matta Era at Ohio State is over. The school announced Monday that Matta, 49, will no longer be the head men’s basketball coach effective immediately. The school’s AD Gene Smith said he favored a “change” and Matta said he agreed. “I just felt like it was time,” Smith said, adding that the school would honor the “remaining three years of his contract.” Smith said the option of having Matta coach one more year was never on the table. “I don’t think he really wanted to make this move but after the discussion we both sort of agreed that it probably needed to be done,” Matta said of Smith. “He could’ve been a nice guy [and let me coach another year] but his job is to run this basketball program and I respect that, there’s no doubt in my mind.” Several reports indicated that Matta wanted to keep coaching, but the school felt otherwise.

Matta said he has undergone “four major back surgeries” since he was 15 and battled “chronic” health issues throughout his life. Asked if he was 100 percent healthy, if he would still be the coach, Matta said, “Yeah, probably.” “My whole focus right now is trying to get healthy,” Matta added. Matta, whose tenure spanned 13 seasons (2005-2017) is the all-time leader in wins (337) and games coached (460) in Ohio State history. His teams won at least 20 games in 12-consecutive seasons (2005-2016), also an Ohio State record. Matta, the 13th head coach in Ohio State history, won five regular-season Big Ten titles and four league tournament crowns, the most championships of any league coach over the last 13 seasons. The school said a national search for the next Ohio State head coach will begin immediately. Smith aid Matta will stay on to aid in the hiring of a new coach. “If the guy comes in here and does great, I was involved,” Matta joked. “If he doesn’t do well, I had nothing to do with that.” Xavier’s Chris Mack and Butler’s Chris Holtmann are already linked to the  position. “I do not have a timeline,” Smith said. “I’m going to take my time and do it right.” Ohio State currently has two recruits signed for 2017 in point guard Braxton Beverly and big man Kaleb Wesson plus two 2018 verbal commits.