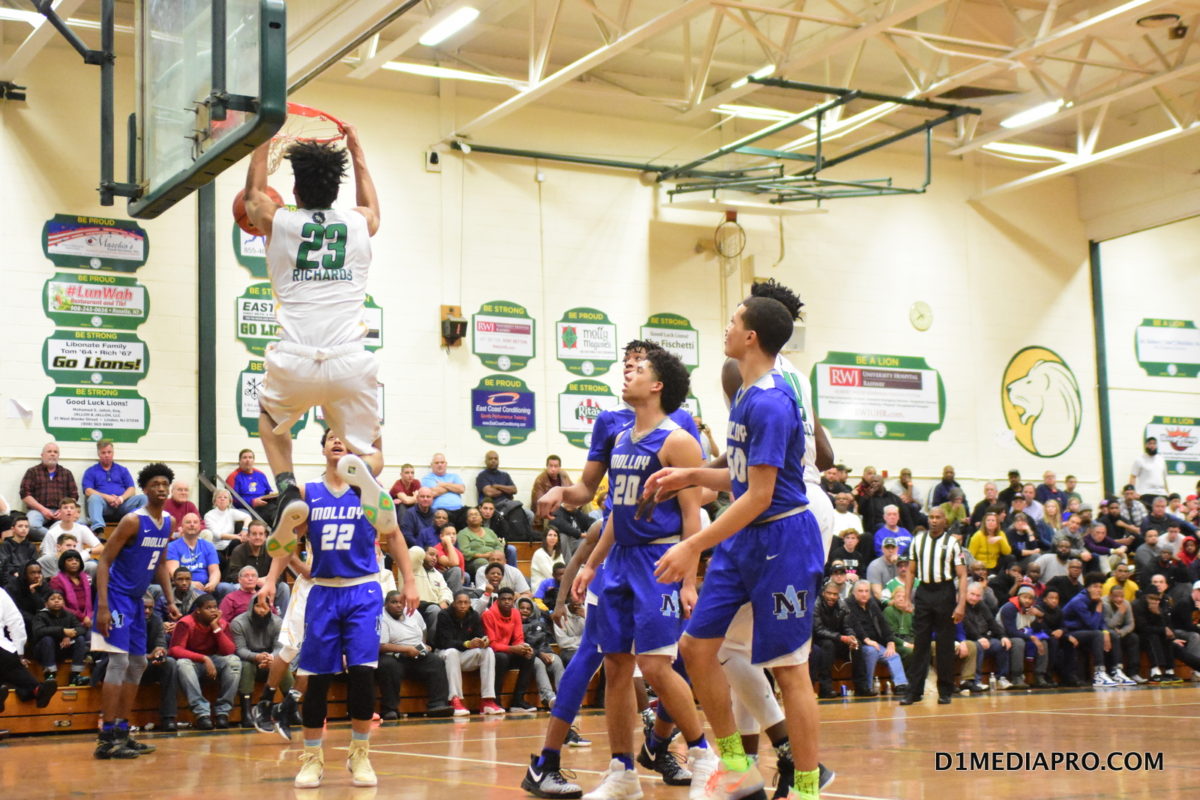 Kentucky-bound big man Nick Richards went off in the penultimate game of his high school career. The 6-foot-11 Richards poured in 26 points as The Patrick School knocked off Teaneck, 64-45, in the semifinals of the New Jersey Tournament of Champions in Toms River, N.J.

Richards will try to lead the Celtics to the school’s sixth TOC title on Monday night when they face Don Bosco Prep in the championship game at 8 p.m. at Sun Bank Arena in Trenton. The Celtics, the Non-Public B state champion, last won the TOC title in 2009 as St. Patrick’s. Don Bosco Prep, the Non-Public A state champ, advanced in the first semifinal via a 65-58 win over Group 4 winner Linden. The Patrick School will be making their seventh finals appearance in eight TOC trips. The Celtics are 12-2 overall in the TOC. Bob Hurley and St. Anthony’s have won 13 TOC titles. If the Celtics win on Monday, Richards would become the third Kentucky signee in four years to win the TOC, following Karl-Anthony Towns in 2014 and Isaiah Briscoe in 2015.