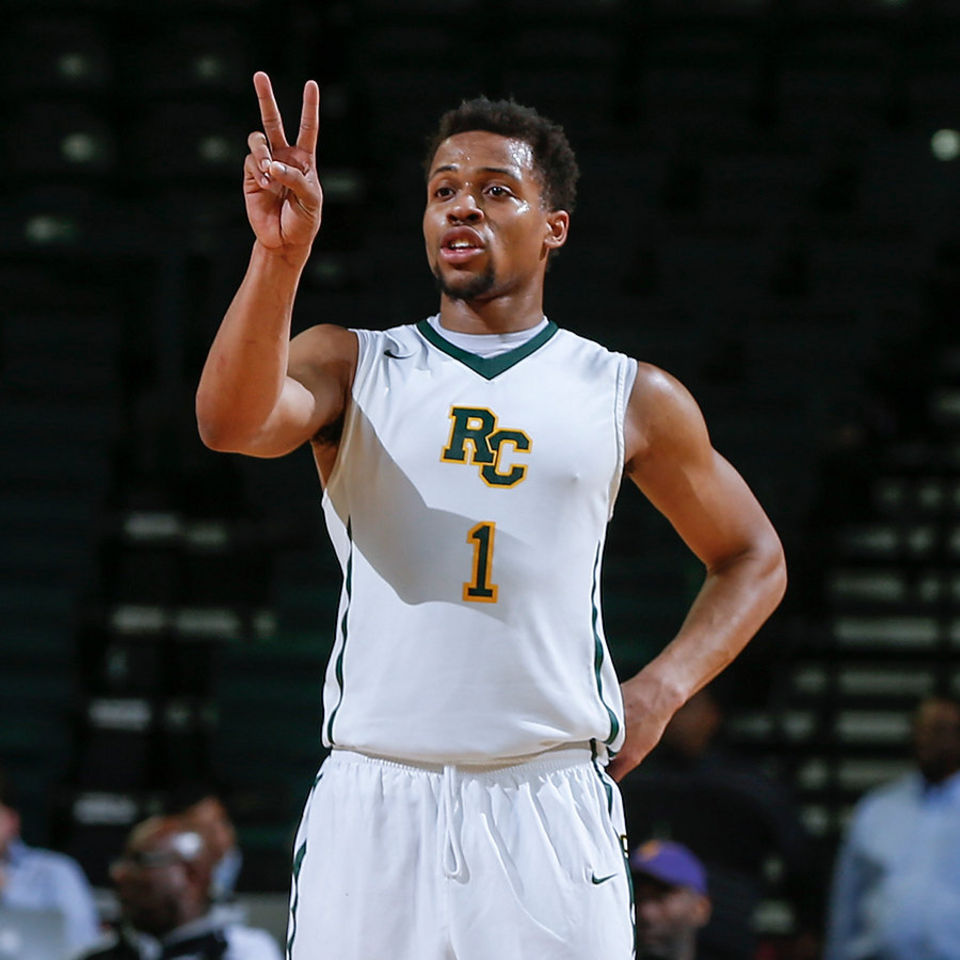 By ADAM ZAGORIA TRENTON, N.J. — Displaying a diversified offensive game featuring 3-pointers, dunks and clutch foul shooting, Isaiah Briscoe ended his high school career in style. The 6-foot-3 Kentucky-bound point guard went for 27 points, 6 rebounds, 5 steals, 2 assists and 8 turnovers to lead Roselle (N.J.) Catholic to a 57-45 victory over Syracuse-bound big man Moustapha Diagne and Pope John XXIII in the New Jersey Tournament of Champions final at Sun National Bank Center. Naz Reid, Roselle Catholic’s 6-9 freshman man-child, added 12 points and junior guard Matt Bullock had 12 rebounds. It marked the first TOC title for Briscoe, whose team lost in last year’s semifinals, but the second TOC crown for head coach Dave Boff and the Lions (28-4) in the last three years. “I told you after the St. Anthony game, and before the TOC, that we were going to win it and we did,” Briscoe said. When he went to the bench with 37 seconds left, he received hugs from his coaches and teammates.

“I thought Isaiah played a pretty good game,” Boff said. “We put the ball in his hands a lot, which is probably what led to some of those [8] turnovers but he imposed his will on the game at different points when we really needed it.” The Lions also won the TOC in 2013 when current Syracuse forward Tyler Roberson and Syracuse pledge Malachi Richardson were the team’s stars. Richardson was in the stands and was greeted before the game by Syracuse assistant Mike Hopkins. It’s also the second straight year a Kentucky pledge has won New Jersey’s ultimate team prize. A year ago, Karl-Anthony Towns led St. Joe’s Metuchen to the TOC title. Towns, whose father, Karl Towns Sr. sat in the first row to support Briscoe, has won 46 straight games dating to his high school career and is now the top player on Kentucky’s undefeated 36-0 team that will meet West Virginia in the Sweet 16. He is projected as a top-two pick in the upcoming NBA Draft.

Briscoe will join Big Blue Nation a year from now when he hopes to also contend for a national championship. “Every year [Kentucky has] a top five recruiting class so they recruit the best,” Briscoe said. “Not only are they recruiting great players obviously, but they’re recruiting this area very well,” Boff said. “To be able to pull the top player in New Jersey down to Kentucky back-to-back years says a lot about how they’re recruiting the tri-state area.” Before going to Kentucky, Briscoe will compete in the McDonald’s All-American Game, the Nike Hoop Summit and the Jordan Brand Classic. Roselle Catholic entered the season as the overwhelming favorite to win the TOC, but lost twice this year to Linden, including once in the Union County title game. They also beat Naismith Hall of Fame coach Bob Hurley and St. Anthony twice, marking the first time once team has ever done that. Roselle Catholic took a 31-17 halftime lead behind 17 points from Briscoe, who drained a 3-pointer, threw down a dunk and scored on a layup at the halftime buzzer.

The Lions extended the lead to 45-29 after three quarters, thanks to a dunk and a layup from Reid, who already owns offers from UConn, Virginia, N.C. State, Maryland and Iowa State. Jeromy Rodriguez went for 13 points and 11 rebounds and the 6-9 Diagne finished with 15 points and 9 rebounds for Pope John (30-4). “I’ve never been closer to a player and it’s really sad that I’m not going to coach him anymore,” Pope John coach Jason Hasson said of Diagne.   Photos: Andrew Mills | NJ Advance Media for NJ.com