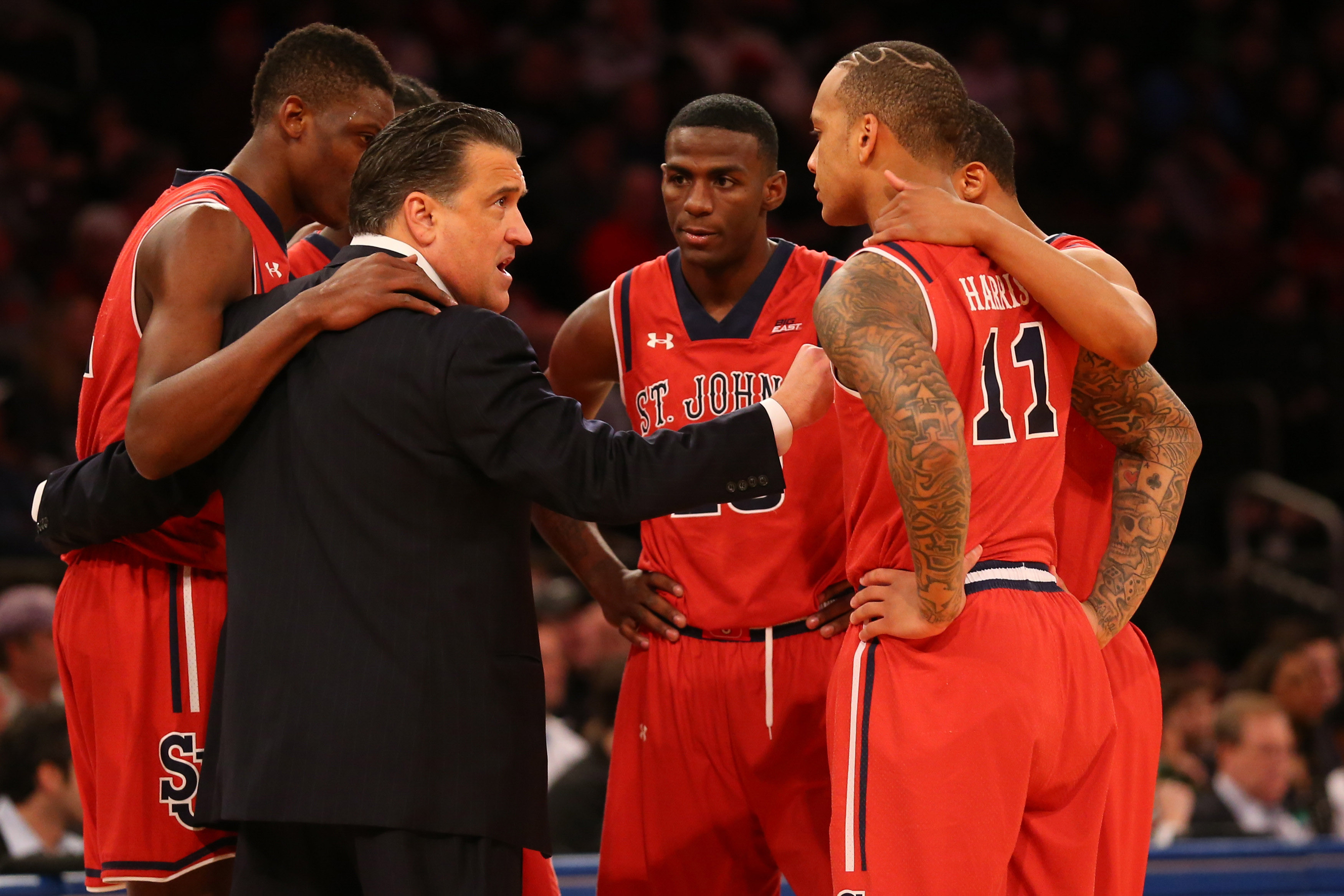 If the NCAA Tournament started today, the Big East Conference would have six of its 10 teams in the Big Dance, including Villanova as a No. 2 seed in the East, according to projections from ESPN’s Joe Lunardi. A year ago, four Big East teams made the NCAA Tournament but none advanced past the first weekend. So while the Big East could certainly make a statement by getting 60 percent of its teams in this year, the real litmus test will be whether one or more of those teams can make a run at least to the second week of the tournament. “It would help the league’s credibility. The more teams that play on the second weekend with an opportunity to go to the Final Four builds credibility,” said St. John’s coach Steve Lavin, whose team is currently projected as a 10 seed and has a critical home game Saturday against Georgetown at Madison Square Garden. Aside from Villanova, Lunardi has Georgetown and Butler both as 6 seeds, Providence and Xavier as 7s and St. John’s as a 10. At 26-2 overall, it’s possible Villanova could move up to a 1 seed should they win the Big East Tournament and Gonzaga or Duke — or both — falter. “A lot of the NCAA Tournament and advancing in the NCAA Tournament is your seed,” Seton Hall coach Kevin Willard said. “The better seed you get, the better chance you have of advancing and I think the league did a tremendous job scheduling non-conference and I think the league teams have really kept it up. You look at Villanova’s got a chance to be a 1 seed. We have so many teams that have a chance to get good seeds, and not just get in the NCAA Tournament. I think that will help everybody in the NCAA Tournament.” Xavier coach Chris Mack believes Villanova — led by likely Big East Player of the Year Darrun Hilliard — is the Big East’s best shot to have a representative in the Final Four. “Villanova can play and beat anybody in the country,” Mack said. “They’re up there for being a Final Four-caliber team.” Butler coach Chris Holtmann said half of the Big East teams in the tournament could make the Sweet 16. “Getting six teams out of 10 in your league, that in and of itself I think is a really successful season,” he said. “I know our league would love to have a few teams, as many as possible, advance. I think realistically you get half that group to advance to the Sweet 16, you’ve had an unbelievable run as a conference, and I think we’ve had that already to this point.” Lavin agreed. “I think this is a year where we have the depth and the quality of play in the Big East, where there will be multiple teams playing on that second weekend in the NCAA Tournament,” he said. St. John’s was expected to make the NCAAs when the season began, and it is within their grasp heading into the final three regular season games of the season. They need to win at least one of those games to finish at .500 in the league, and could help themselves tremendously with a win Saturday over the Hoyas. If the Johnnies do get into the Dance, Xavier’s Mack believes they could cause problems for some people because of their up-tempo style of play, experienced guards like D’Angelo Harrison and Phil Greene and the all-around play of potential Big East First-Teamer Sir’Dominic Pointer. “If that becomes an open-court game, if they don’t play a grind-it-out, half court style type team, that team is going to really be in for something that they may not be not prepared for with the amount of athleticism that St. John’s has with the perimeter players,” Mack said.