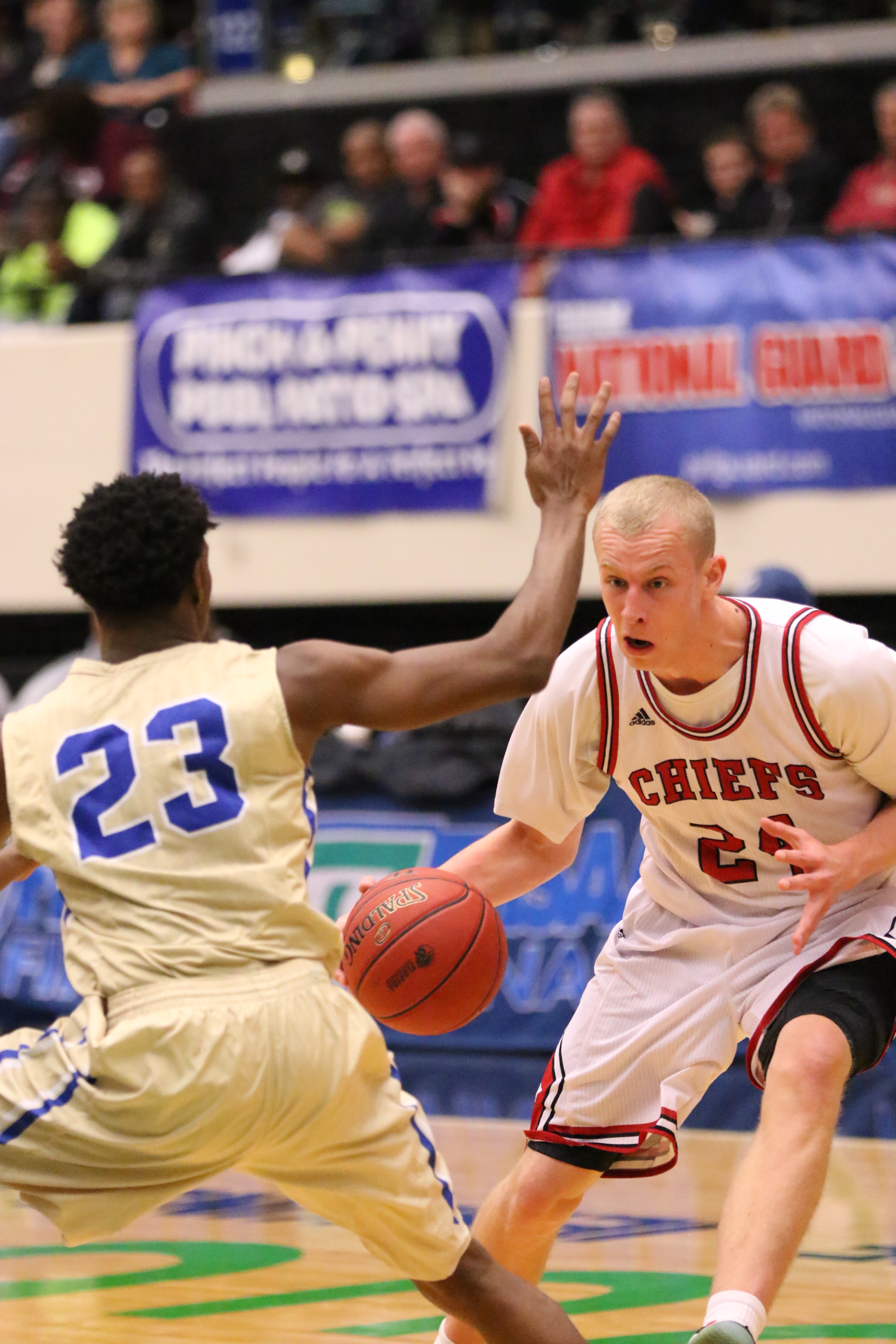 By JACK LeGWIN LAKELAND, Fla.– Maverick Rowan, one of the top players in the state of Florida, scored 34 points and grabbed 9 rebounds in a 73-38 State Semifinal win over St. Pete Gibbs in front of Louisville head coach Rick Pitino, assistant Mike Balado, UNC Assistant Hubert Davis and Wisconsin Assistant Gary Close. The No. 36 ranked player in the class of 2016 by 247 Sports, Rowan recently visited NC State on January 11, to see them play Duke. He says that if he chose to attend NC State, he would see himself playing in Trevor Lacey‘s current role for the Wolfpack. “It was a great visit,” Rowan said. “They get (Trevor) Lacey shots. If I go up there, I think I’d be in his position to get those shots. They run plays for him and (Mark) Gottfried does a great job up there. They had a great win against North Carolina who’s pretty good this year. Their ranking doesn’t show it, but I think they’re a pretty good team.” Rowan says that many schools have contacted him recently, and that no one has separated themselves. He however, has set an official visit to Louisville. “Everyone, I get multiple texts every day,” Rowan said. “Multiple guys here today, and I’ll be taking an official visit on March 7th up to Louisville to see them play Virginia.” Rowan says that playing right away for a good team is something that is crucial for him. “For me, I want to play in my freshman year,” Rowan said. “I want to play in March when it matters.” If Rowan and the No. 13 ranked team in the nation by USA Today Cardinal Gibbons beat Rickards tomorrow, Rowan will have won two championships in two different states, the first coming in Pennsylvania. Rowan is currently averaging 28.2 points and 5.8 rebounds a game for a 33-1 Chiefs squad. Rowan currently has offers from Louisville, Gonzaga, Miami, Oklahoma, Penn State, UNLV, NC State, Florida, Wisconsin, West Virginia, Florida State, Iowa State, Pittsburgh, Virginia and UCLA. Photo: J Hardy LeGwin Follow Jack on Twitter