It was at least theoretically possible that both the Wildcats and Roselle (N.J.) Catholic could finish the season unbeaten.

But while Kentucky routed Missouri at home, RC, the No. 2 high school team in the nation according to USA Today, lost at rival Linden, 75-61, for their second straight defeat at the New Jersey public school.

At halftime, Calipari told ESPN’s Shannon Spake that he is back to using his platoon system, which he temporarily shelved after the Alex Poythress injury.

St. John’s is “strongly in the mix” for Greek 7-footer Georgios Papagiannis, projected as the No. 13 pick in the 2016 NBA Draft by DraftExpress.com, a source close to the situation told SNY.tv.

The source said Papagiannis will visit St. John’s at some point.

The 7-foot-1 Papagiannis signed a multi-year deal with Greek champion Panathinaikos but reportedly has the option to return to the States this  summer.

St. John’s Looking to Back Up Recruiting Victory With Win on Court

After scoring a major recruiting victory on Monday, St. John’s is now looking to get a win on the court 48 hours later at Providence.

The Johnnies (11-4, 0-3 Big East) on Monday landed Louisiana shooting guard Brandon Sampson as their second recruit in the Class of 2015, temporarily halting some of the negative press they’re received in that regard.

On the court, Steve Lavin’s club has dropped three games in a row and on Monday fell out of the Associated Press Top 25 poll after peaking at No. 15. 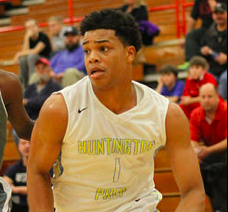 “I couldn’t get anything going offensively, but my defense, I felt I played pretty good,” Bridges said. “Malik [Newman] only scored like three points on me. He was getting points off the line and stuff and we couldn’t rebound, so that’s why we lost.”

Thornton currently averages 17.6 points and 7.3 assists, while running a Findlay Prep team that is 16-0 and ranked No. 1 in the nation by both USA Today and MaxPreps. 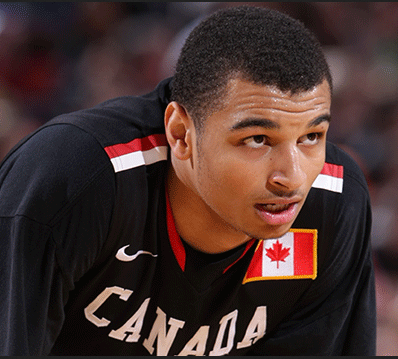 Murray is currently the No. 11 shooting guard in the Class of 2016, according to 247Sports.com. He and his Orangeville Prep teammates will be on display Saturday evening at the Big Apple Basketball Invitational at Baruch College.

“It’s still in the mix, it’s out there, but we’re not putting any emphasis on it right now,” the elder Murray said of reclassifying. “We are going to see how the season ends and where he is at and where he feels. If it’s a good situation where it makes sense, then obviously [we would reclassify]. But he’s in no rush.”