Federer, Nadal Placed in Same Half of Australian Open 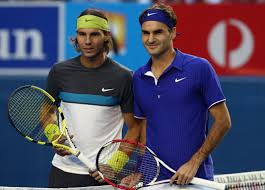 Old friends Roger Federer and Rafael Nadal were drawn in the same half of the Australian Open, which begins Monday.

But Nadal faces a challenging path in his quest for a second Australian Open title after Wednesday’s draw ceremony. He opens against wily veteran Mikhail Youzhny and may face Lukas Rosol, who upset him at the 2012 Wimbledon Championships, in the third round. Should he survive those tests, he is set to face 2014 semifinalist Tomas Berdych in the quarterfinals.

Like last year, Federer could meet Andy Murray in the quarters and may get a rematch against Nadal in the semis after falling to the Spaniard in straight sets in 2014. Federer, who is seeking his 18th career Grand Slam title, will kick off his campaign against Yen-Hsun Lu.

Murray, meantime, would have to beat Federer, Nadal and world No. 1 Novak Djokovic to capture his first Australian Open title.

***UPDATED 1/23/15:  SMU coach Larry Brown said Keith Frazier’s appeal has been turned down by the NCAA, and thus the guard won’t play again this season, according to Billy Embody of Scout.com.***

SMU sophomore guard Keith Frazier is academically ineligible for the remainder of the season, according to reports from ESPN.com and Scout.com.

SMU coach Larry Brown was not immediately available for comment.

SMU Scout writer Billy Embody reported that “Frazier has appealed to be allowed to play this upcoming semester, the sources said, but the appeal is ‘unlikely’ to be approved, one source said.

“He’s still wide open,” a source close to Diallo told SNY.tv. “We will evaluate every single detail of each program.”

Diallo, who was recently nominated for the McDonald’s All-American Game, has stayed out of the media because he rarely gives interviews, but he is expected to commit in “late April,” the source said.

CoxHub will stream seven games from the Spalding Hoophall Classic in Springfield, Mass., on Saturday and Sunday and ESPNU will televise a quadruple-header of games on Monday.

A pair of 2016 Canadian stars who may end up reclassing to 2015 and landing on college campuses next fall headline the Big Apple Basketball Invitational this weekend at Baruch College.

Thon Maker, a 7-foot athletic freak originally from South Sudan, and Jamal Murray, a 6-5 combo guard from Kitchener, Ontario, headline the Orangeville Prep team that will be showcased in the last of five games on Saturday. There are also four games set for Monday.

Maker, who has drawn comparisons to Kevin Garnett and Kevin Durant, is attempting to reclass and is expected to decide by early February whether or not he can. Kentucky, Indiana, Kansas, Missouri and Wake Forest are among the schools involved. 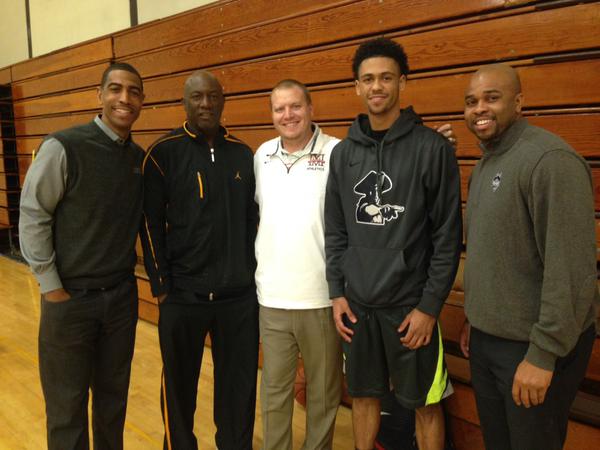 Here’s a few quick recruiting notes from the past few days:

“We like UConn, it makes it real attractive,” Jerrid Dorsey, the player’s father, told SNY.tv last month. “We’re just trying to see where Tyler’s going to really be comfortable at. Not just at UConn, but to one school in general where he can go in and help and do what he does.”