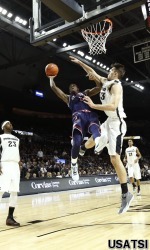 Desperation translated into sweet success for seniors D’Angelo Harrison and Phil Greene IV and the rest of the Red Storm in an 83-70 win over a Providence club that entered Wednesday tied for first place in the Big East. St. John’s rode a torrid performance from three-point territory – 10-of-17 – to grab its first league win after beginning conference play with three straight losses.

Added Harrison, “You have that mindset that you don’t want to lose.” 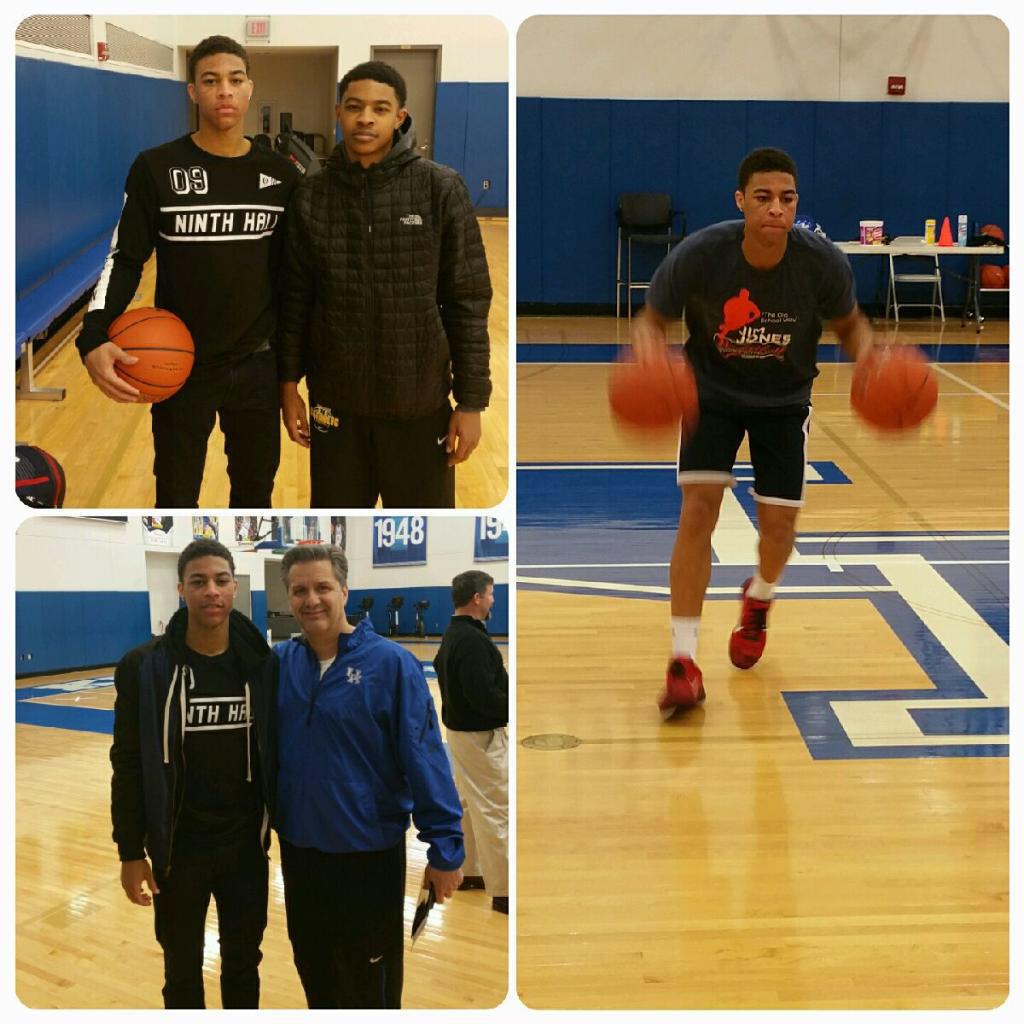 The 6-foot Thornton is a top priority for Kentucky coach John Calipari in the Class of 2016. He visited along with 2016 New Zealand power forward Tai Wynyard and 2015 Huntington (W.V.) Prep big man Thomas Bryant, whom Calipari watched last weekend in Kentucky. The trio watched as Kentucky routed Missouri, 86-37, in an ESPN game.

The McDonald’s All-American game released its state-by-state nominees to be selected for the April 1 game at Chicago’s United Center. The final selections will be made January 28th.

Fourteen players from New Jersey and seven from New York were selected.

Not being on the list doesn’t preclude somebody from winning the award.  The final list will be released on March 7th.

Only one Kentucky player, Willie Cauley-Stein, made the list. Duke’s Jahlil Okafor and Tyus Jones cracked the list. Locally, St. John’s guard D’Angelo Harrison is on the list.

He’s not exactly extending himself out on a big limb, but Anthony Davis is guaranteeing that his former team, the Kentucky Wildcats, will win the NCAA championship in April.

“The team who will win the NCAA Tournament in 2015 is the one and only best team in the world, University of Kentucky Wildcats,” Davis said in this Red Bull video. “That’s a guarantee. Kentucky Wildcats, bleed blue.”

Seton Hall freshman guard Isaiah Whitehead on Tuesday underwent an MRI on the stress fracture in his right foot and could return Jan. 28 for the Marquette game, coach Kevin Willard said Thursday on a conference call.

Willard said another MRI is expected next week.

“We probably won’t take another picture [MRI] until after the DePaul game [Jan. 22],” Willard said.

Whitehead underwent an MRI on Tuesday that showed he’s progressing.

“MRI was good. It showed that his bone is healing,” Willard said, according to Jerry Carino of Gannett New Jersey. “He has a calcium deposit on the second and third toe. We will get it pictured again next Wednesday and see if the calcium deposit is bigger and still healing, or if it’s the same and it’s healed.”

Had Duke won their last two games against N.C. State and Miami, it would have set up a historic opportunity for Coach K on Saturday.

He would be seeking his 1,000th career win at Louisville and against fellow Hall of Fame coach Rick Pitino, who himself might be closing in on 1,000 wins by now had he not missed eight seasons while coaching in the NBA.

Instead, the No. 4 Blue Devils have now dropped back-to-back ACC games for the first time since 2008, losing to Miami at home on Tuesday, 90-74, thanks to Angel Rodriguez’s 24 points, including 4-of-6 from deep. It was the fifth-largest home loss under Coach K.