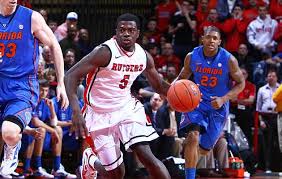 ESPN has announced the 12 matchups that will be part of the Second Annual SEC/Big East Challenge, which will take place Nov. 29-Dec. 1, 2012 at home sites of the participating schools. The Big East contingent in the Challenge will include Cincinnati, DePaul, Georgetown, Marquette, Notre Dame, Providence, Rutgers, St. John’s, Seton Hall, USF, Syracuse and Villanova. Six of the Big East’s 12 participating teams reached the NCAA Championship last season. The SEC has four participating teams that reached the NCAA tournament. The event rotates each year and Louisville, Pittsburgh and UConn are not participating this year on the Big East side and Missouri and Texas A&M are out for the SEC. The 2012 SEC/BIG EAST Challenge includes the following matchups: Thursday, November 29 Kentucky at Notre Dame Marquette at Florida South Carolina at St. John’s Seton Hall at LSU   Friday, November 30 Syracuse at Arkansas Tennessee at Georgetown DePaul at Auburn Georgia at USF   Saturday, December 1 Alabama at Cincinnati Villanova at Vanderbilt Mississippi State at Providence Rutgers at Mississippi

South Carolina Up Next For Jordan Dickerson