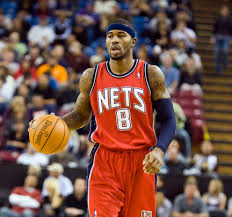 Nets second-year guard Terrence Williams and Miami Heat rookie center Dexter Pittman are the latest NBA players to be sent down to the NBA D-League. Williams and Pittman join Cole Aldrich, Patrick Patterson, Gani Lawal, Solomon Alabi, Christian Eyenga and Ed Davis among NBA players on assignment this season. That makes eight all together and is well ahead of the pace for last year, when the eighth player wasn’t assigned until Dec. 15. A year ago, 24 players were assigned 42 total times. Williams, a former Louisville star, was sent to the Springfield Armor. “After discussing the situation with Avery over the last several days, I feel the best course of action for Terrence and the team at this time is for him to play in the D-League,” Nets GM Billy King said.  “He is currently on the inactive list and this move will allow him to play until he is once again placed on the active list. There is no timetable on his return to the active list, and Terrence’s future status will be addressed at the appropriate time.” Williams had been suspended for two games “for repeatedly violating team policy,” the Bergen Record reported. Williams missed five games this season with a strained abdominal muscle and played only eight minutes in the one game since he returned before the suspension. He was averaging 6.8 points, 3.8 rebounds and 3.0 assists. The 6-11 Pittman was sent to the Sioux Falls Skyforce, where he will play Saturday in the team’s home opener. Pittman has not appeared in any regular season games for the Heat this season, and averaged 3.5 points, 1.8 rebounds and 11.3 minutes in four preseason games. Miami’s second-round pick (32nd overall) in the 2010 NBA Draft, Pittman averaged 6.0 points, 3.7 rebounds and 1.7 blocks in three NBA Summer League games. (Photo courtesy NJ.com) Follow Adam Zagoria on Twitter And like ZAGS on Facebook.