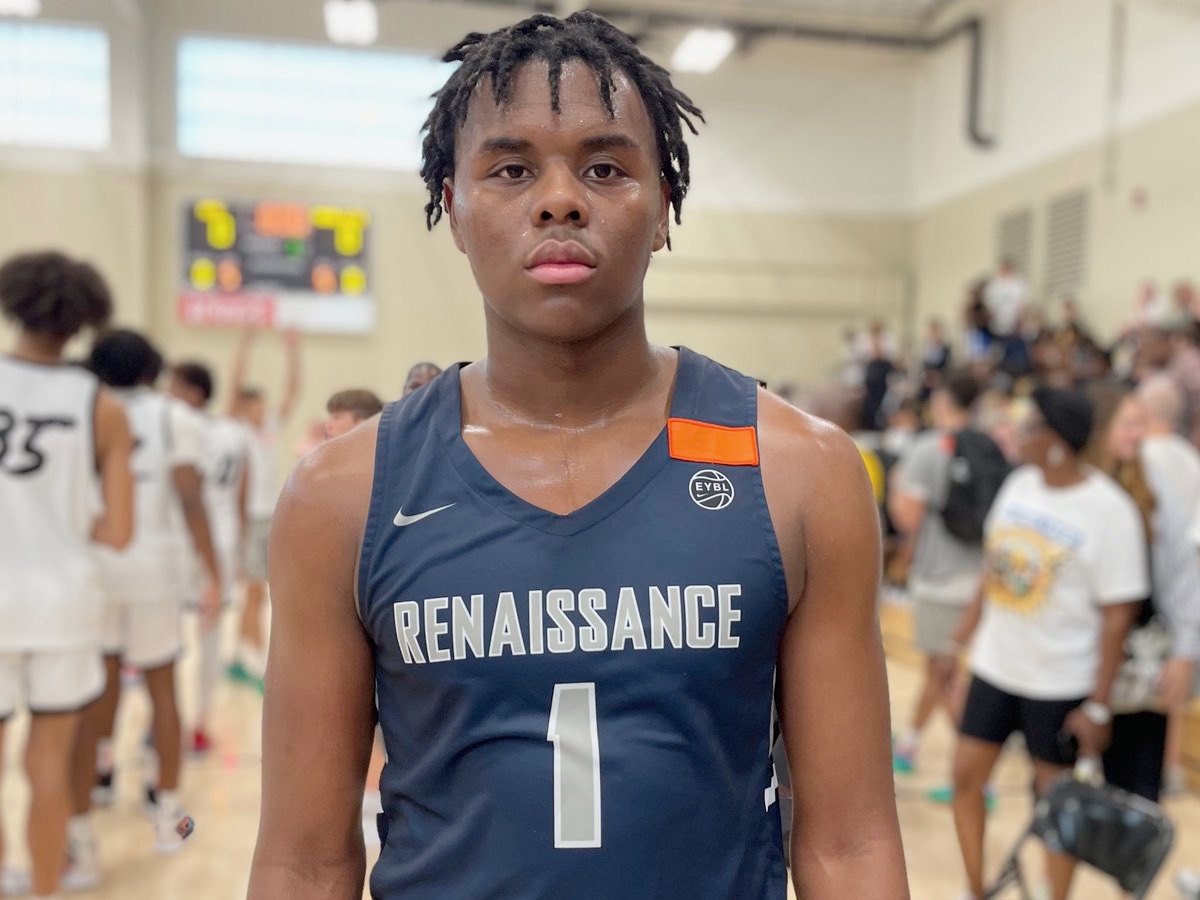 By ZACH SMART Class of 2024 guard Dwayne Pierce says five schools are most active as he recently wrapped up an unofficial visit to Penn State. The 6-foot-6 wing from Christ The King (NY) High School, said Penn State, Iowa State, Seton Hall, Memphis and Virginia are the programs working the hardest. “My Penn State visit was amazing, I had lots of fun at the ‘white out’ football game,” Pierce said. “I spent time with Coach [Micah] Schrewsberry‘s family and the team. The campus is huge and the environment is family oriented.” Pierce said he’s likely to visit Iowa State in January and Memphis at some point in December. As a big, physical guard capable of hitting difficult shots amid draping closeouts and contact, Pierce will play a prominent role on this year’s Christ The King team. Coach Joe Arbitiello‘s Christ The King team features a torrent of talent with Pierce, UCLA commit Brandon Williams, St. John’s commit Brandon Gardner, 2024 6-foot-10 forward Qin Fang, 2024 shot maker Devin Vanterpool and 2025 point guard Markell Alston, among others. and a They possess the type of depth and grittiness that’s necessary for a CHSAA which has loaded up on talent this season with multiple transfers. “We are playing a fast, up tempo offense with a lot of pick and rolls, basically just a motion offense,” Pierce said.”Some of the key things coach Arbs emphasizes is really just to play hard and play tough on the defensive side of the floor.” Photo: @EliteHSscouting Follow Zach Smart on Twitter Follow Adam Zagoria on Twitter Follow ZAGSBLOGHoops on Instagram And Like ZAGS on Facebook