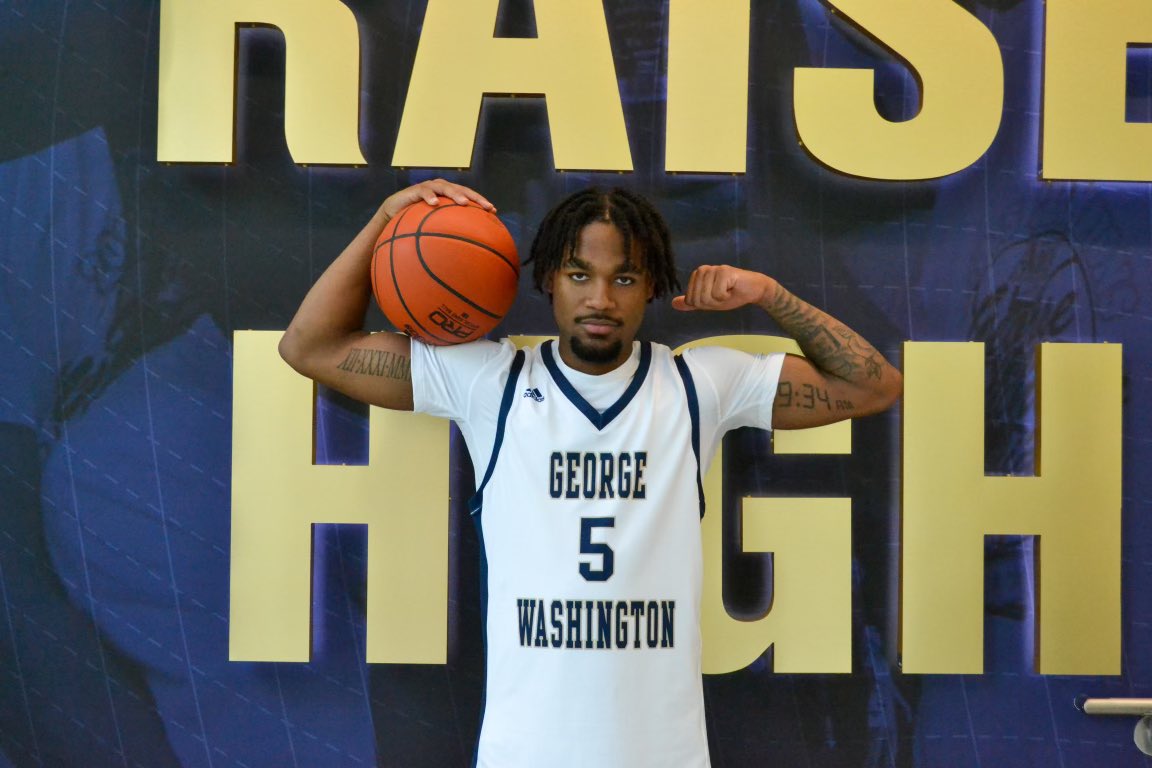 By CHARLIE PARENT Jacoi Hutchinson, a three-star guard in the Class of 2023, has committed to George Washington. “I believe in the vision that coach [Chris] Caputo has for the program as he has came from a winning culture at Miami and George Mason,” he told ZAGSBLOG. “I also feel that it is the best place for me to develop my game as he has been a part of getting guards to the league…lastly being gone for two years I have the opportunity to go back home and play in front of my family.” The 6-foot-2 IMG Academy (FL.) product drew Power 5 interest but ultimately chose the Colonials over LSU, Maryland, Georgetown, and Virginia, among others. As for what Hutchinson brings to George Washington, he cites his winning mentality above all. “They can expect a competitor and leader from day one,” he said. “As someone with a winning mentality and who is willing to do whatever it takes to win I can promise a lot of success.” Hutchinson becomes George Washington’s second commit in three days, as three-star guard Christian Jones chose the Colonials on Friday, and third in the class joining another three-star guard Trey Autry. “I have a pretty good relationship with Trey Autry,” Hutchinson said when discussing the recruiting class. “I know that both of them come from winning programs and will bring that same mindset as me.” Follow Adam Zagoria on Twitter Follow Charlie on Twitter Follow ZAGSBLOGHoops on Instagram And Like ZAGS on Facebook