Villanova star Justin Moore unsure when, or if, he will return this season from Achilles' injury | Zagsblog
Follow @adamzagoria

Villanova star Justin Moore unsure when, or if, he will return this season from Achilles’ injury 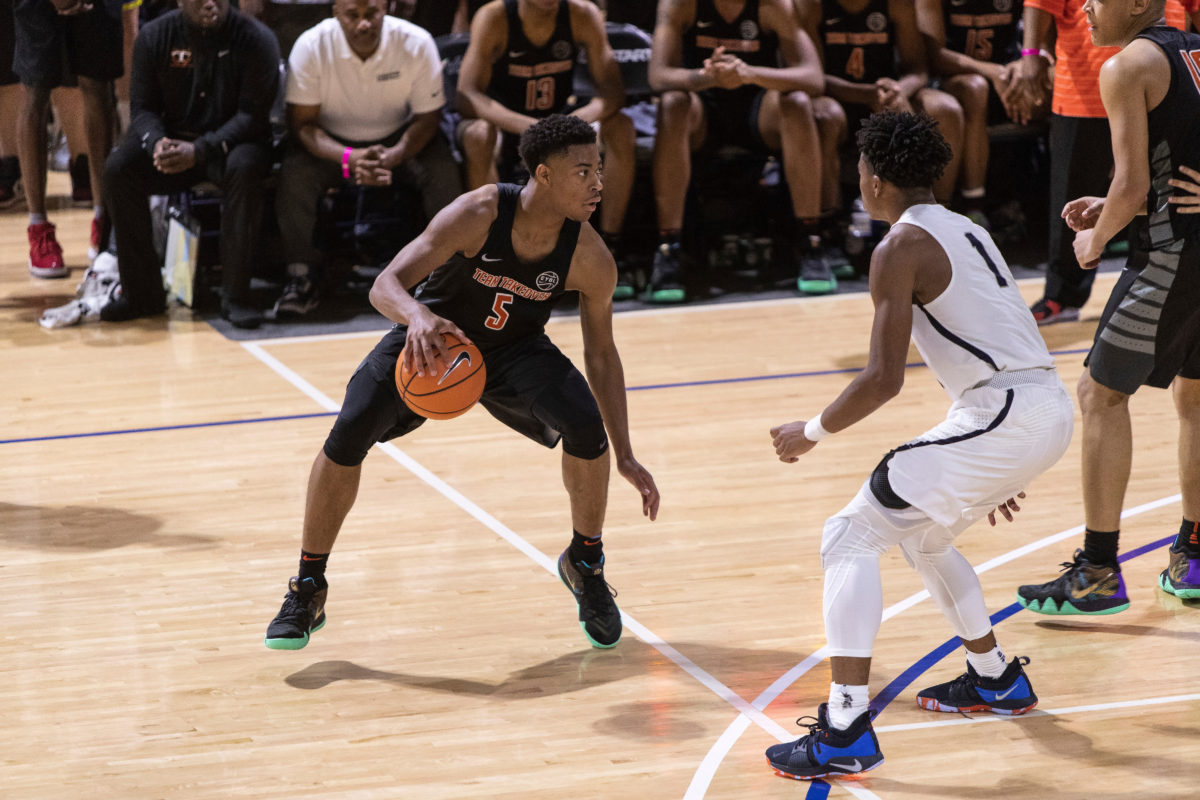 By ADAM ZAGORIA NEW YORK — Villanova star Justin Moore is still making his way back from an Achilles’ tear and is uncertain when, or if, he will return this season. “I have no idea yet,” he said at Big East media day. “There’s no timeline on it. We’ll just see how I’m feeling.” Moore suffered the tear in his right Achilles tendon in the final minutes of Villanova’s 50-44 victory over Houston in the NCAA Tournament Elite Eight. The Wildcats ended up losing to eventual national champion Kansas in the Final Four.

‘Whenever I’m ready is whenI’ll step out ‘ and play.

Justin Moore on his timetable at @NovaMBB https://t.co/yV2pAJ7UaJ

The 6-foot-4 senior said he’s currently doing individual workouts, but not team activities. He was named to the Preseason All-BIG EAST Second Team along with teammate Eric Dixon. Asked if there’s a chance he might not play at all and just redshirt the season, he said, “I don’t know. Who knows? We haven’t thought that far yet. We’ll see how things go.” He added: “We’re going to do what’s best for me,that’s what comes first. I’m not taking it too fast. Whenever I’m ready is when I’ll step out there.” Follow Adam Zagoria on Twitter Follow ZAGSBLOGHoops on Instagram And Like ZAGS on Facebook

Jim Boeheim calls out the Big Ten on postseason performance: 'They sucked in the tournament'