Jim Boeheim calls out the Big Ten on postseason performance: 'They sucked in the tournament' | Zagsblog
Follow @adamzagoria

Jim Boeheim calls out the Big Ten on postseason performance: ‘They sucked in the tournament’ 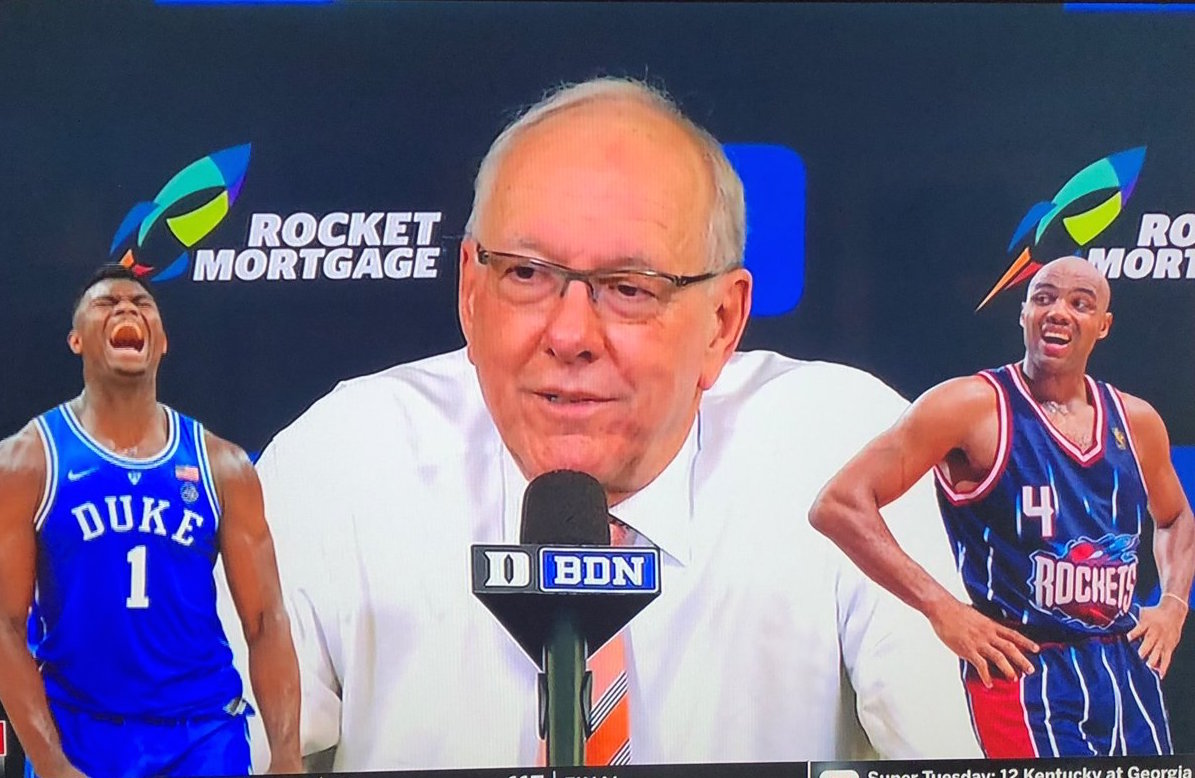 By ADAM ZAGORIA Syracuse coach Jim Boeheim on Friday called out the Big Ten Conference for its poor postseason performance, saying “They sucked in the [NCAA] Tournament — and its hard to argue with him. The Big Ten hasn’t won an NCAA Tournament title since Michigan State in 2000 — when Bill Clinton was in the White House. Last year the Big Ten went 9-9 in the Big Dance and sent only two teams — Purdue and Michigan — to the Sweet 16, where both teams lost. “If you can’t play in the tournament then you’re just not good,” Boeheim said at Syracuse’s media day. “At the end of the day, you play for the [NCAA] tournament,” Boeheim said Friday. “You can say what you want about the Big Ten. They sucked in the tournament. To me, that’s what they did. All of their wins were in their league. If you can’t play in the [NCAA] tournament, then you’re not good.”

The last time the Big Ten won an NCAA title, Bill Clinton was in the White House.

Purdue coach Matt Painter admitted this week at Big Ten media day his team’s performance was disappointing. The Boilermakers featured eventual No. 5 pick Jaden Ivey but lost to upstart Saint Peter’s in the Sweet 16. “We thought we had a team that could do more damage than it did and as a coach you take sole responsibility for that,” Painter said. “I thought we should’ve won our league, I thought we should’ve won our tournament, I thought we should’ve gotten to a Final Four and we didn’t — any of those three things, And our talent was just a little bit above our production. I think that’s the key for a coach to be able to get his team more productive than his talent. “Last year even though we won 29 games and we got to a Sweet 16, we didn’t quite get to that point and I think that from a coaching standpoint I gotta be better for us and be better for our guys and hopefully can do that this year.” The ACC, meantime, went 14-5, sending three teams to the Elite Eight. Duke reached the Final Four, losing to rival North Carolina, which fell to Kansas of the Big 12 in the title game. The Big 12 has won back-to-back titles with Kansas in 2022 and Baylor in ’21. “Kansas was the best team [last year],” Boeheim said. “But the best league? What league won 14 games and only lost five [in the NCAA tournament]? The ACC. To me, that’s the best league.” Follow Adam Zagoria on Twitter Follow ZAGSBLOGHoops on Instagram And Like ZAGS on Facebook

Villanova star Justin Moore unsure when, or if, he will return this season from Achilles' injury