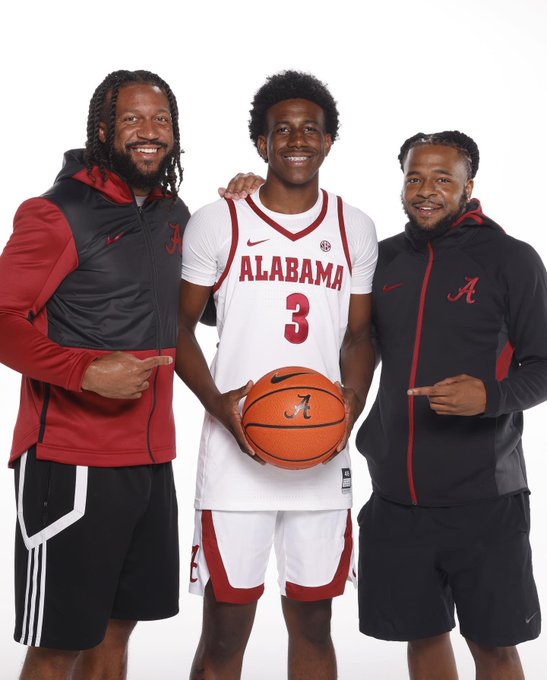 By JACOB POLACHECK Class of 2023 shooting guard Davin Cosby announced his commitment to Alabama on Thursday night, per Joseph Tipton of On3Sports. “I fit well in the system,” Cosby told ZAGSBLOG. “It felt like home when I was there and I trust the coaching staff to get me where I wanna be.” The 6-foot-5, 190-pound shooting guard from Word of God (NC) Christian Academy, chose Alabama over Virginia, NC State and Wake Forest. He took his official visit to Tuscaloosa on Sept. 3. “I’m a combo guard that can shoot the ball well and bring defensive intensity,” he said. “Also, a great teammate.” Ranked by On3Sports Composite as the No. 21 shooting guard and the No. 96 overall prospect in the nation, Cosby joins four-star forward Sam Walters and three star guard RJ Johnson in Crimson Tide’s 2023 recruiting class. “I’ve seen a couple highlights of both (Sam and RJ) and I like the way they play,” Cosby said. “We all will fit in with each other. This 2023 class is going to be special.” Follow Jacob Polacheck on Twitter Follow Adam Zagoria on Twitter Follow ZAGSBLOGHoops on Instagram And Like ZAGS on Facebook