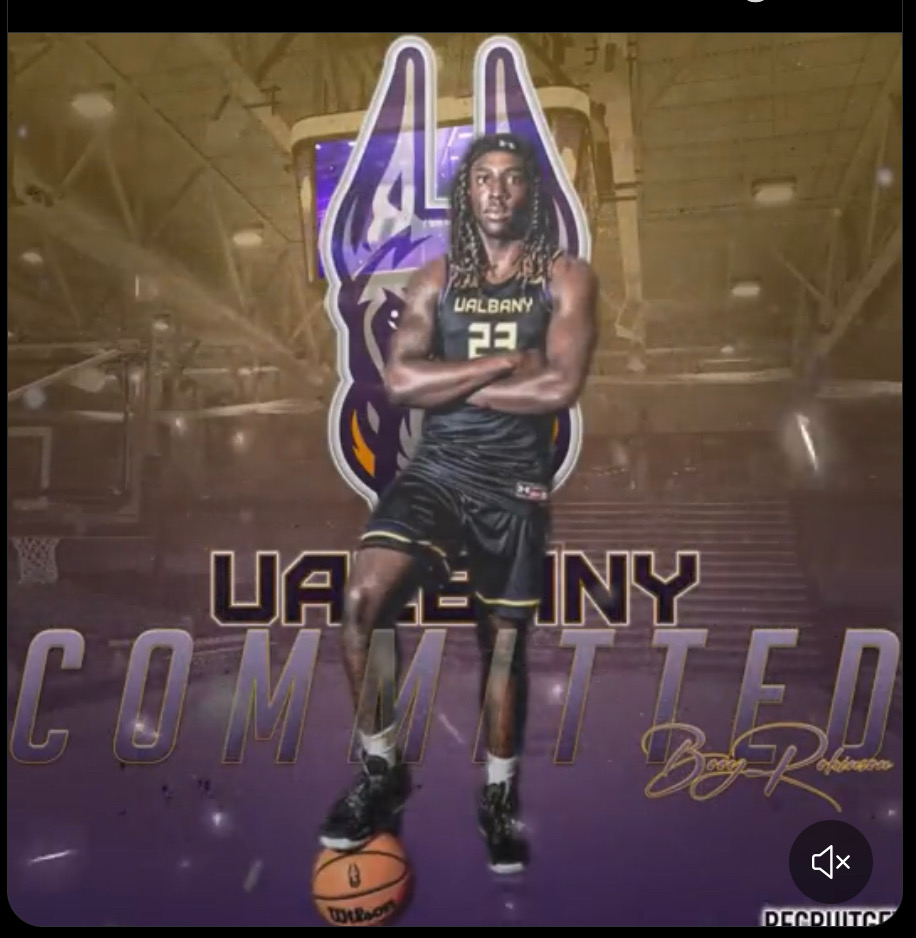 By ADAM ZAGORIA Cornelius “Boog” Robinson, the 6-foot-6 Class of 2023 small forward from Camden (NJ) High School and the NJ Scholars AAU program, committed to coach Dwayne Killings and Albany on Saturday. He chose Albany over Fairfield and Monmouth. “I committed to UAlbany because it felt like home and the skillset I bring is how hard I play,” he said. Robinson was a teammate of five-star prospects D.J. Wagner and Aaron Bradshaw on Camden’s Group 2 state championship team from last season. He will bring toughness, competitiveness, versatility and a college-ready body to the Danes. “Boog brings endless effort and a winning pedigree,” said Scholars coach Jason Harrigan. “He’s a winner and hard worker. I’m proud of him and happy for his family. I believe his best basketball is ahead of him.” Follow Adam Zagoria on Twitter Follow ZAGSBLOGHoops on Instagram And Like ZAGS on Facebook