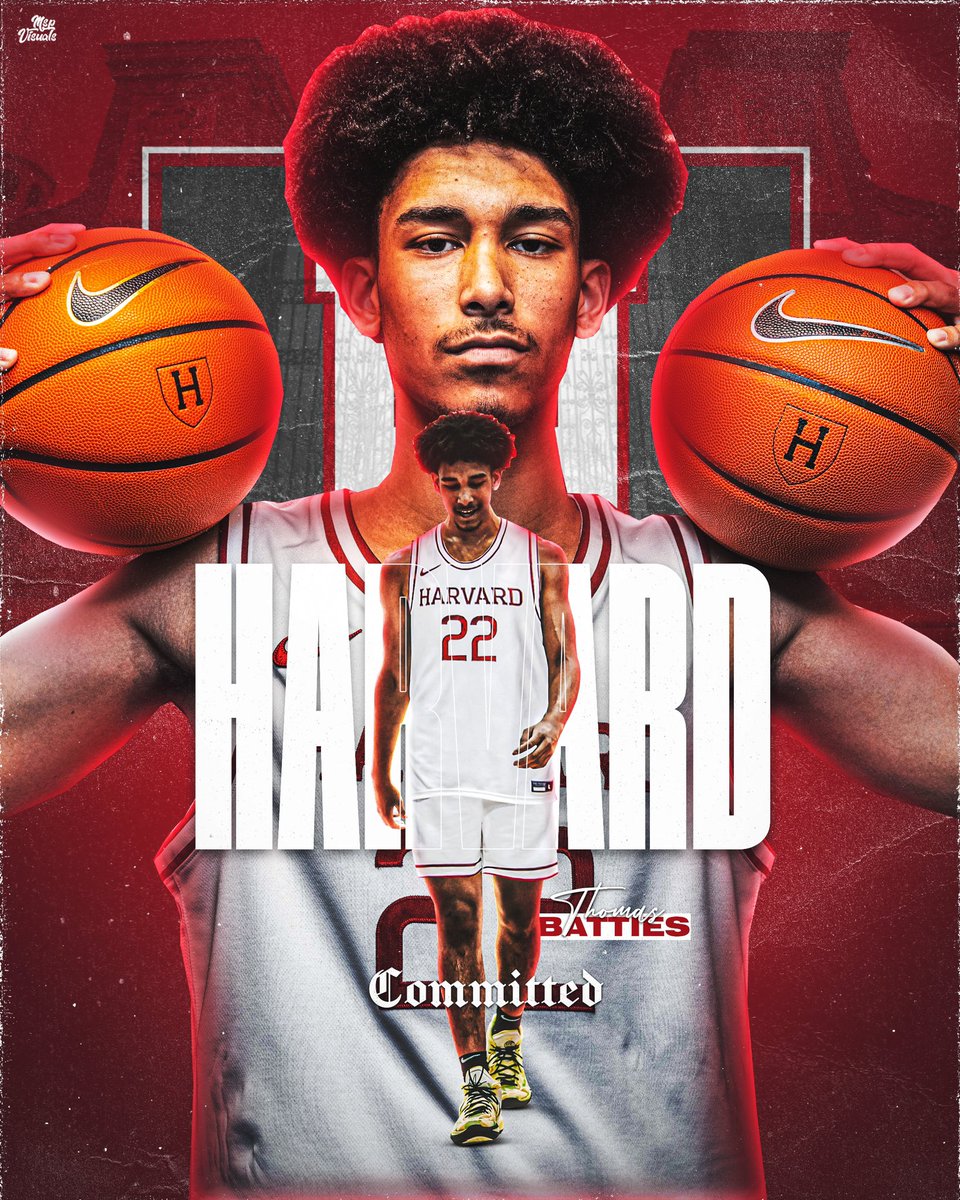 By ADAM ZAGORIA Thomas Batties, the 6-foot-7 Class of 2023 small forward from Gonzaga College High School (D.C.) and Team Takeover, committed to Harvard on Saturday after visiting the school. Princeton, Yale, Colgate and Lehigh were also involved. “The biggest factor that led to my commitment was Coach [Tommy] Amaker,” he said. “Throughout my whole recruitment, I was recruited by some great coaches and great people, but Coach Amaker stood out to me. Accolades and reputation aside, Coach Amaker is more than a coach in my eyes. He presented himself to me as a mentor and an advocate of mine who just wanted to see me succeed. Having someone like that as my coach at such a great school was impossible to pass up on for me.” He added: “I would say my skill set involves a little bit of everything. I’m recognized as a defensive player, but I can play multiple positions and contribute to a team in whatever way is asked of me on both ends of the court.”

Happy to announce that I am committed to the process of admissions at Harvard University!! #OneCrimson pic.twitter.com/sCyFqbZVJW

Batties joins point guard Malik Mack and center Aidan Cammann in Harvard’s 2023 class. “His best basketball is still ahead of him,” Gonzaga coach Steve Turner said. “He has the ability to play multiple positions on the floor and can create mismatch problems with his ability to score at all three levels.” Follow Adam Zagoria on Twitter Follow ZAGSBLOGHoops on Instagram And Like ZAGS on Facebook