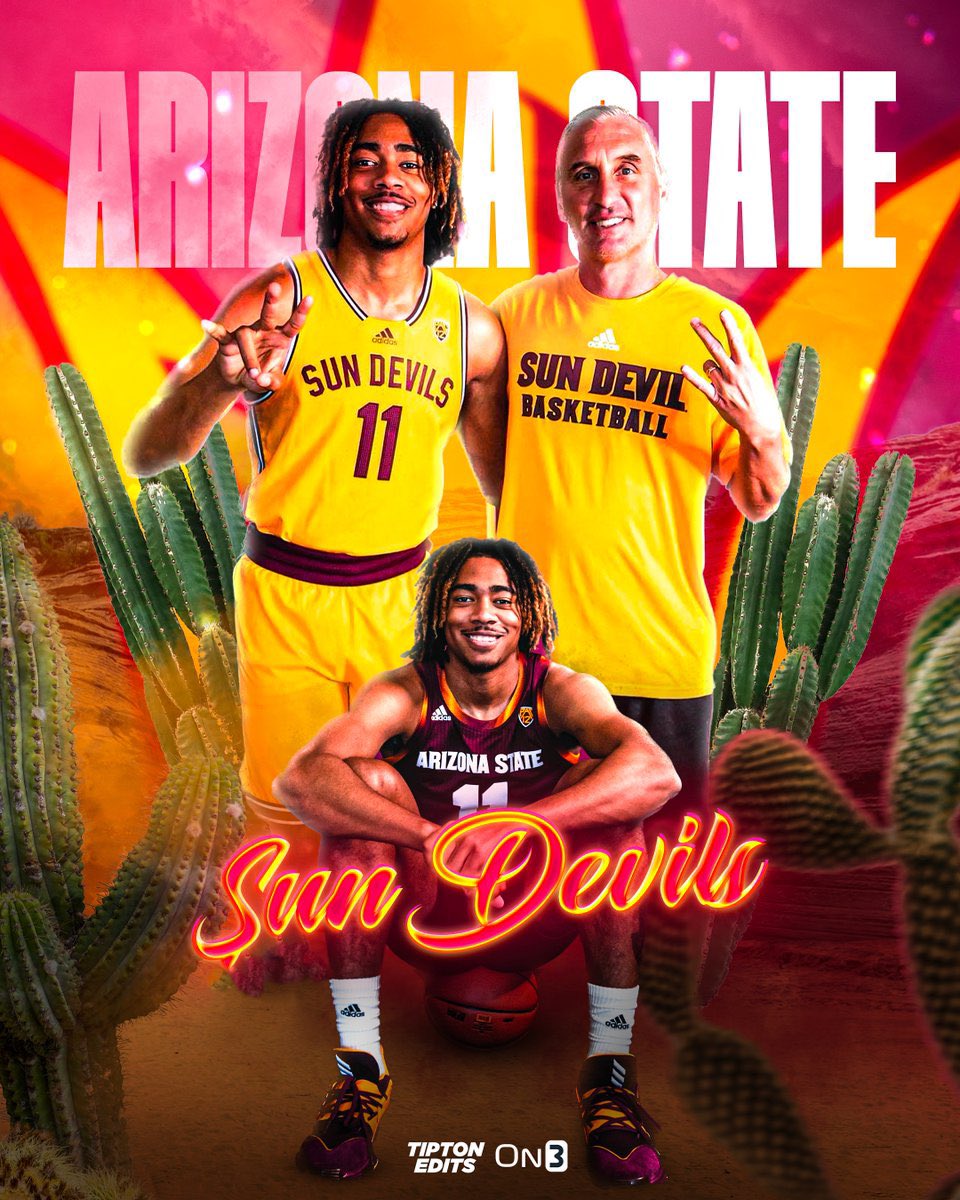 By ADAM ZAGORIA Braelon Green, the 6-foot-3 four-star guard from Southern California Academy, committed to Arizona State on Saturday. Ranked the No. 27 shooting guard in the Class of 2023 by 247Sports.com, he also considered N.C. State and Nebraska. “I chose ASU because I will be playing for a guards’ coach,” he told ZAGSBLOG. “Coach [Bobby] Hurley has played the point guard position and has done great for himself, I want to be in those positions one day, why not play for someone who understands all of that? I have a great relationship with the coaching staff and I fell in love with the school in the visit. “I’m bringing that Midwest swagger with me and that dog to ASU. I’m an all around two-way player that wins and I want to bring that to Tempe.”

Braelon Green (@BraelonGreen1) is looking like one of the most skilled scorers in the STATE!

The 6’3 G for @SocalAcad showcased his explosive athleticism, deep range, and High IQ shot selection. I assure you, there was not one bad shot taken during this game. Offensive weapon. pic.twitter.com/S1Y0i5Gchz

He added: “They are getting a leader and a do-it-all combo guard. I’m really athletic and have a great pull-up game. I’m going to bring that energy every day and I’m a winner. I expect to go to the tournament every year I’m there.” He joins Roselle Catholic small forward Akil Watson in coach Bobby Hurley’s 2023 recruiting class. “He could be an elite defender at the pro level,” Southern California Academy coach Julius von Hanzlik told ZAGSBLOG. “Big time mentality on the defensive end with high level instincts and athleticism. Offensively he has really taken pride in his pull-up jumper as it one of the best I have seen at the grassroots level. Really gets to his spots off the bounce.” Follow Adam Zagoria on Twitter Follow ZAGSBLOGHoops on Instagram And Like ZAGS on Facebook