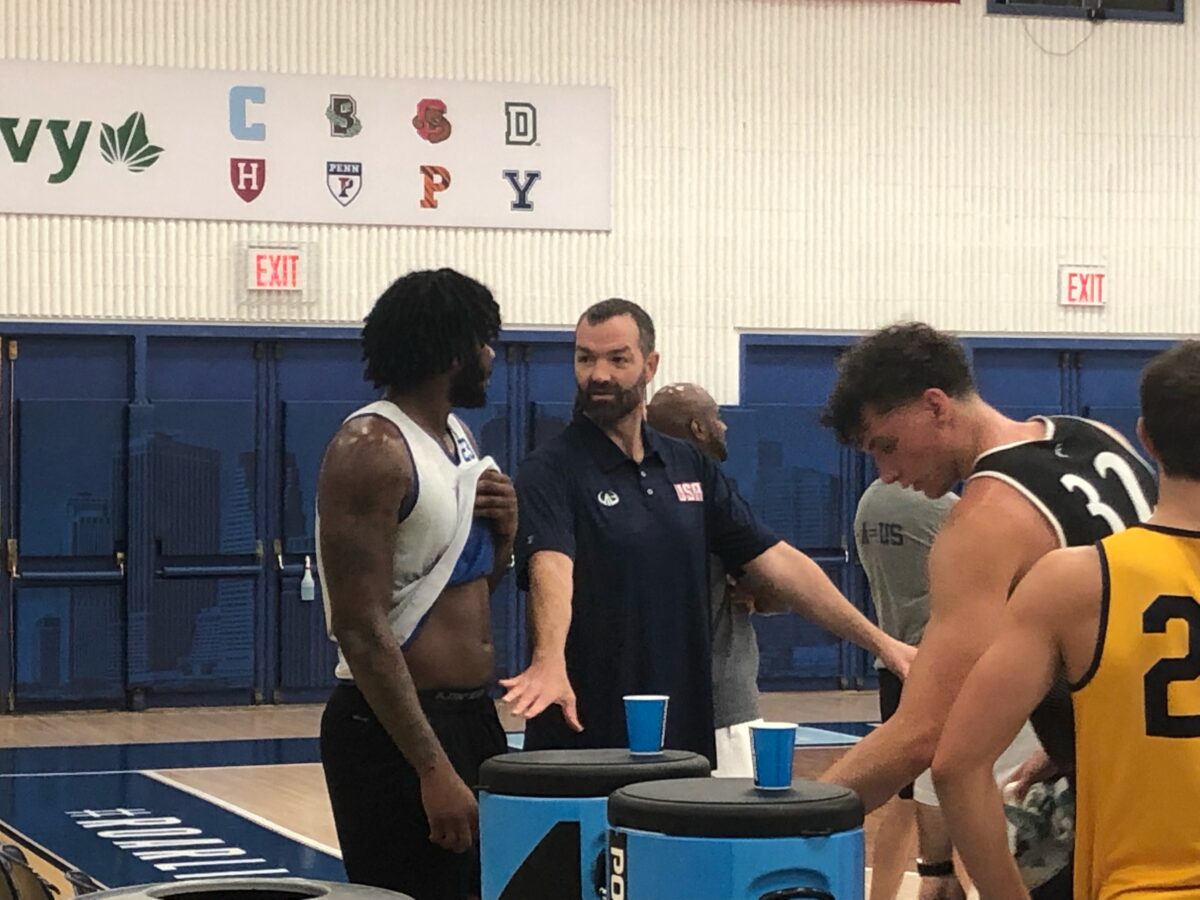 By ADAM ZAGORIA NEW YORK — John Hugley and his Pittsburgh teammates finished near the bottom of the ACC standings last year at 11-21 overall, 6-14 in the league. But Hugley is taking a page out of Joel Embiid’s book and believes it’s all part of “The Process.” “Not frustrating at all, we just gotta trust the process,” he said this week at Columbia University as he practiced with the East Coast All-Stars for their trip to Spain against a trio of professional teams this weekend. “It’s not gonna be just an automatic switch. It takes time and I feel like this is the year.” Pitt coach Jeff Capel is 51-69 in four seasons at Pitt and is under contract through the 2026-27 season. His buyout after this season is reportedly $5 million, down from $15 million last season. Pitt added five-star guard Dior Johnson, who previously committed to Syracuse and then Oregon, as well as Marquette transfer guard Greg Elliott.

Off the plane, lunch, then going hard in a 90 degree gym on little sleep…it was great to see! pic.twitter.com/9syhazWMmY

The 6-foot-9 Hugley, who averaged 14.8 points and 7.9 rebounds last season, is optimistic the team will make a jump this season. “I definitely think we’re going to take it to another level and my role is going to be whatever Capel need me to do, just come in there and work hard,” he said. He acknowledged that this year is a big one for him personally. “I feel like it’s very important for me myself personally just to show I can play on that stage and one day play on the next level,” he said. As for the East Coast All-Stars, Hugley looked impressive in training camp, knocking down jumpers and dominating down low in the paint. “He can post, he can shoot, he can pass, he’s pretty talented,” said Utah Jazz assistant Alex Jensen, the head coach for the East Coast All-Stars. “Like all of them, he has to know when to make reads.” Hugley is one of several ACC players on the team, along with Duke guard Jaylen Blakes and Syracuse wing Benny Williams. He said he’s looking forward to competing in Barcelona along with checking out “the beaches, sightseeing and meeting new people.” “I’m very excited,” said Hugley. “This is a great opportunity for me and my teammates to get better and play against the talent over there. I’m very excited to see the different type of basketball from American basketball to Spain, so I’m very excited to go over there and play.” Follow Adam Zagoria on Twitter Follow ZAGSBLOGHoops on Instagram And Like ZAGS on Facebook