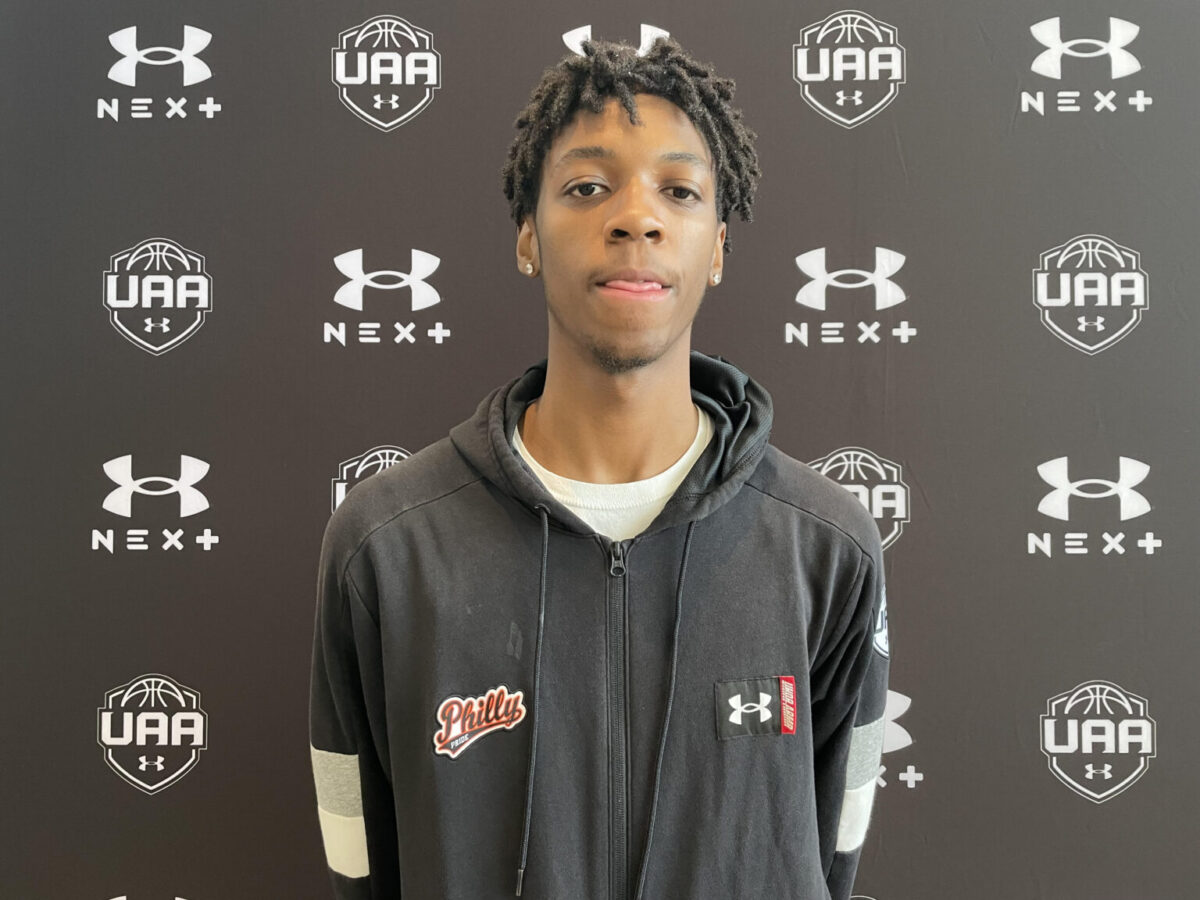 By SAM LANCE Class of 2023 four-star power forward Al Amadou has set a top five schools list and will announce his commitment on Aug. 18. His top five includes Miami, St. John’s, Georgia Tech, San Diego and Marquette.  Amadou, the 6-foot-9, 185-pound power forward from Chestnut Hill Academy (PA) and the Philly Pride AAU program, gave his thoughts on some of his top schools at the UAA finals this past weekend: St. John’s: “I see myself fitting in at St. John’s just because they play the passing lanes a lot defensively. They’re really up-and-down, just fast-paced basketball. I like the way they guard on defense. It’s like traps, all of that. So I feel I could definitely fit in with their play style for sure, just up-and-down the floor the way I move.” Miami: “I have a really good relationship with coach DJ Irving. He was my 15u Team Pride assistant coach. I just started playing basketball around that time, so he was a good mentor for me, like just throughout life. Head coach is really cool too. I just have a really good relationship with the coaches for sure.” Marquette: “Out of all the schools, they’ve been recruiting me the hardest. They’ve been at every game. They’ll probably be at my game today. Coach Shaka [Smart] and I just have a crazy relationship, like he just called. At this point it’s just like, I don’t know, it’s cool. It’s good people, I don’t know how to describe it. And coach Shaka is really good at getting his bigs and his wings to the league. Especially like Mo Bamba, players like that, and they are all doing good in the league. So I could definitely see myself playing at Marquette for sure.” Amadou has only taken two official visits to Marquette and Maryland. All of Amadou’s top five schools had coaches present at the UAA finals.  During the UAA event in Chicago, Amadou averaged 8.8 points and 5.2 rebounds per game. He also totaled 11 blocks and shot 43.1% from the field and 30.4% from 3-point range. Amadou is ranked the No. 104 recruit nationally by 247Sports and the No. 2 player in the state of Pennsylvania.  Follow Sam Lance on Twitter Follow Adam Zagoria on Twitter Follow ZAGSBLOGHoops on Instagram And Like ZAGS on Facebook