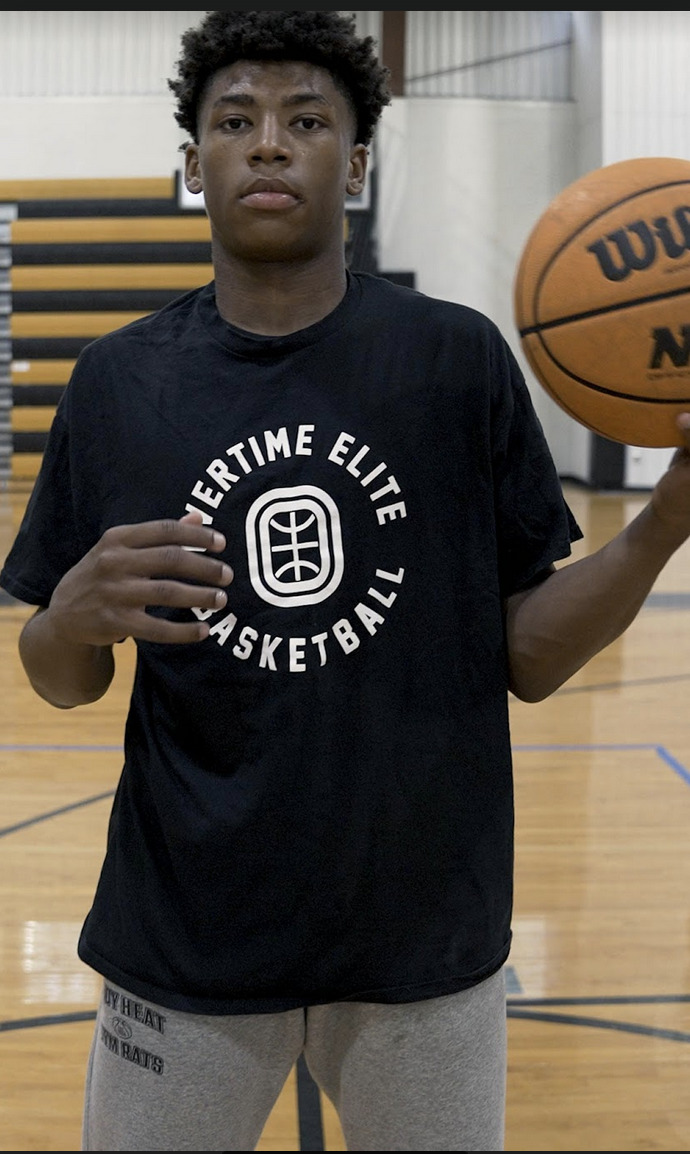 By ADAM ZAGORIA Jeremy Fears, the Class of 2023 point guard committed to Michigan State, will join the Overtime Elite pro league for the upcoming season, as will big man Jayden Williams. Fears and Williams have signed a scholarship option and won’t take Overtime Elite’s six-figure salary, preserving their NCAA basketball eligibility. The news became official Thursday after ZAGSBLOG sources confirmed it Wednesday. “Jeremy’s competitive spirit is the first thing that comes to my mind when I think about the dynamic he brings to our league,” said Tim Fuller, OTE Vice President of Recruiting and Player Personnel. “He’s the definition of a competitive and elite defender that will add toughness and physicality to our program. He plays with a bit of a chip on his shoulder which makes him difficult to guard and even more difficult to escape on defense.” “Jeremy is a true point guard and makes everyone on his team better when he’s on the floor,” said Kevin Ollie, OTE Head Coach and Director of Player Development. “He’s had some great experiences already playing with USA Basketball and high level players all over the world, so he’ll bring that into our program as we continue developing his game.” Fears, who played at prep power La Lumiere (IN) and won a gold medal last month with the USA U17 team at the FIBA World Cup, committed to Michigan State in January. He ran with the Indy Heat last week at Peach Jam. He is the No. 44 prospect in the nation for the class of 2023 according to 247Sports, ranking as the No. 7 point guard in the country and the top player in Indiana. “Michigan State has always been a dream school, Coach [Tom] Izzo has always been one of my favorite coaches and he just said that I’ll be able to come in, play and he just likes my type of game,” he said in January on ESPNU. “It fits Michigan State. I’m a competitor, defender, I just fit the style of play.” Fears and Williams opted not to take the minimum $100,000 salary that Overtime offers and will still be eligible to play college basketball beginning in 2023. Naas Cunningham, the No. 1 prospect in the Class of 2024 from New Jersey, was the first player to choose that option. He will join Overtime next season but will not take a salary. He will still be eligible to earn money from Name, Image and Likeness opportunities. Williams is a five star, 6’9” center from Chicago. He most recently played at Brookwood High School in Lilburn, Georgia where he was a force in the paint on both ends of the floor using his 7-5 wingspan and athleticism. Last season, he recorded a triple double with 10 blocks. Williams has also developed his outside shot and can stretch the floor. Williams plays AAU for the Atlanta Celtics. “Jayden’s shot blocking and finishing at the rim is a welcome addition to our front court,” said Tim Fuller, OTE Vice President of Recruiting and Player Personnel. “Two of the things that stand out about Jayden are his ability to run the floor, and he can catch and finish through traffic.”  “Jayden’s an elite player with a large upside who will benefit tremendously from our development resources,” said Kevin Ollie, OTE Head Coach and Director of Player Development. “You can’t teach the length and athleticism he brings to the court, so as he uses OTE’s resources to continue developing his overall game, his potential is limitless.” This week Jahki Howard, Bryson Tiller, Kanaan Carlyle and Treymane “Trey” Parker all announced their signings with Overtime. Carlyle is committed to Stanford for 2023. The Fears news was first reported by Travis Branham of 247. Follow Adam Zagoria on Twitter Follow ZAGSBLOGHoops on Instagram And Like ZAGS on Facebook