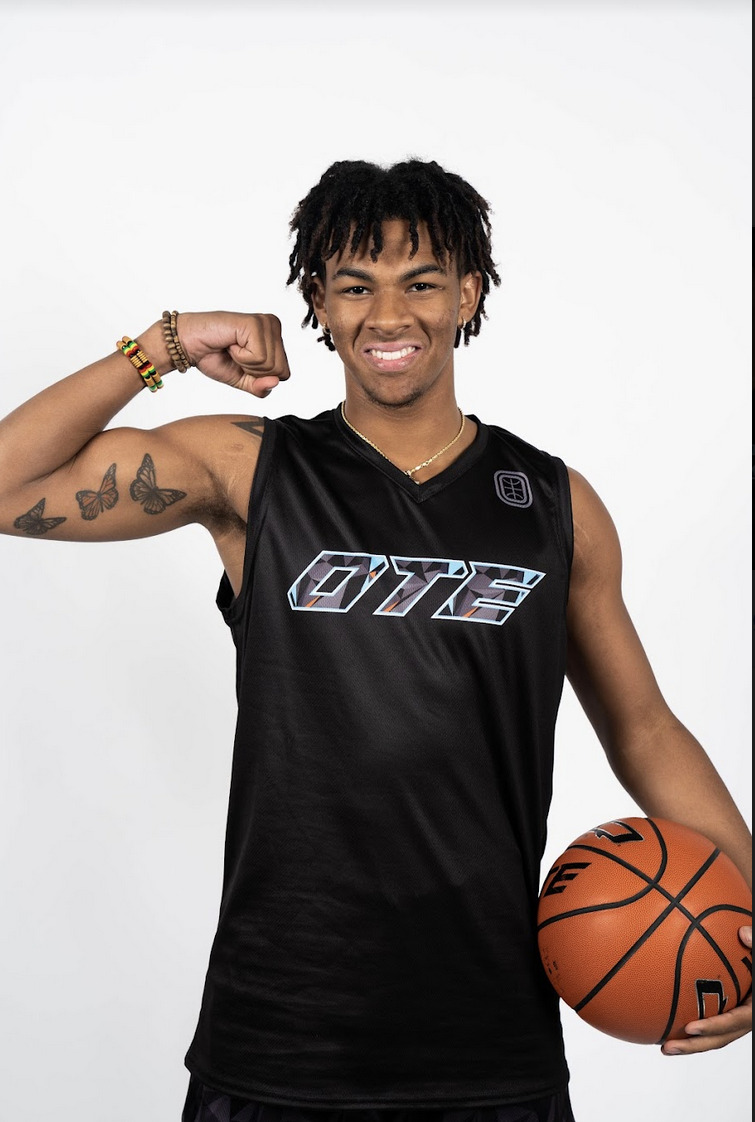 Point guard ZZ Clark and small forward Tyler Bey are the latest players to sign with Overtime Elite ahead of its second season. Clark and Bey join Naas Cunningham, Trey Parker, Kanaan Carlyle, Jahki Howard and Bryson Tiller as OTE’s newest signees. Michigan State commit Jeremy Fears is also expected to be announced Thursday. Both Clark and Bey signed a scholarship option preserving their NCAA basketball eligibility. With season two on the horizon, Clark and Bey will compete against some of the best teenage basketball players including Ausar and Amen Thompson, Jazian Gortman, and Alexandre Sarr. Clark is a 6’2” point guard from Brentwood, Tennessee, and the younger brother of Illinois freshman Skyy Clark. He committed to Illinois after a standout sophomore season at Windermere Prep in Orlando, Florida. The strong, explosive guard averaged 11.6 points, 6.6 rebounds, 4.7 assists and 1.3 steals leading his team to a 20-8 record before losing in the FHSAA Class 3A regional semifinals to the eventual state champions during his sophomore season. He played AAU for The Skill Factory this summer. His brother, Skyy Clark, will be a freshman at Illinois this fall. “If you’ve seen ZZ play, you know he’s an electric playmaker in the open court,” said Tim Fuller, OTE Vice President of Recruiting and Player Personnel.  “His unparalleled discipline makes him a true floor general, and the competition in our program is going to help maximize his potential to be a lockdown defender. “ZZ is joining a group of elite ball handlers at OTE and I’m excited to see him thrive in our league,” said Kevin Ollie, OTE Head Coach and Director of Player Development. “He’ll be pushed daily to be the best playmaker, and I’m looking forward to seeing his confidence on the court translate into competition.” Bey is a 6’8” small forward from Newark, New Jersey. Last year, he played at Fairfax High School in Los Angeles, California and helped lead them to a city championship. Being from New Jersey, he’s played for the NY Rens with former OTE, and current San Antonio Spurs player Dominick Barlow and new OTE signee Naas Cunningham before playing for the Oakland Soldiers this summer.  Long, athletic and capable of hitting shots from deep, he has three and d potential at the next level and has seen his recruitment take off this summer. Bey plays hard and is very active on the offensive glass. “The striking thing about Tyler is his tremendous size and skill for his position,” said Tim Fuller, OTE Vice President of Recruiting and Player Personnel. “His activity on the glass makes him a valuable rebounder who will bring a scrappy energy and unmatched work ethic, and his consistency will add skill and depth to our league.”  “The first thing I noticed about Tyler is his size and his potential for development,” said Kevin Ollie, OTE Head Coach and Director of Player Development. “He’s committed to the work and has seen the benefits of our OTE resources through his relationship with Dominick Barlow. I’m excited to see him follow in Dom’s footsteps and take advantage of all the development opportunities in our league.” Every contracted OTE player is offered a six-figure salary, with a guaranteed minimum salary of at least $100,000 per year, plus bonuses and shares of equity in Overtime. In addition, players will participate in revenue from use of their name, image and likeness, including through sales of custom jerseys, trading cards, video games and NFTs. Starting this season, players have the option to choose a scholarship or salary option. Follow Adam Zagoria on Twitter Follow ZAGSBLOGHoops on Instagram And Like ZAGS on Facebook