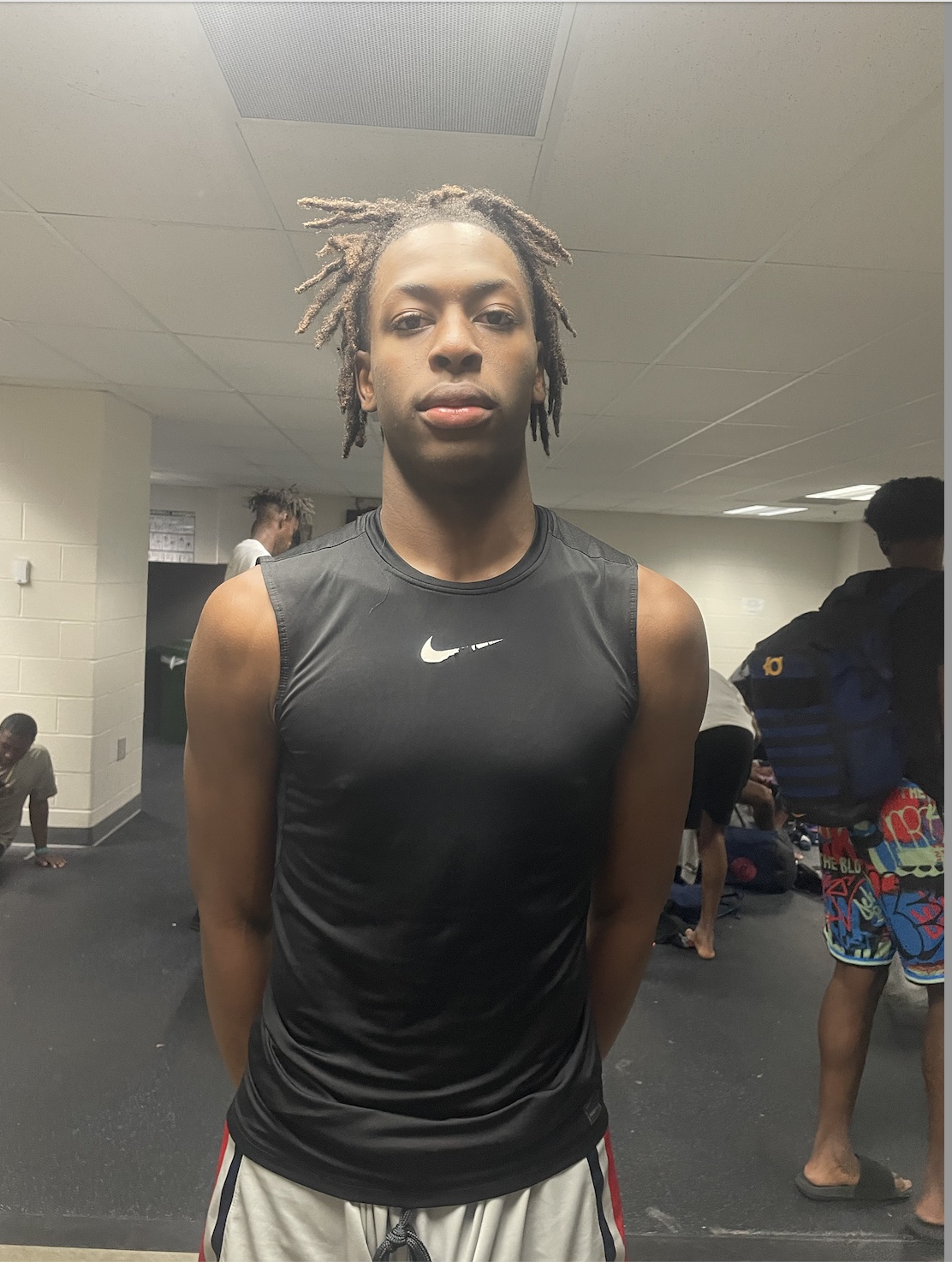 By JACOB POLACHECK NORTH AUGUSTA, S.C. — Class of 2024 four-star forward Marcus Allen played excellently at Peach Jam in North Augusta over six games and is now hearing from 10 schools daily. The 6-foot-6, 190-pound small forward, who recently transferred to Arizona (AZ) Compass Prep and plays for the Florida Rebels AAU Program, averaged 17.8 points on 50 percent from the field and 5.5 rebounds per game over six games. “The Peach Jam experience was amazing,” Allen said. “Last year, unfortunately I didn’t get to play, so I didn’t really get to see the atmosphere, but now that I’m here we have packed crowds every game. It’s a great atmosphere and great competition as well.” Ranked by 247Sports Composite as the No. 9 small forward and the No. 32 overall prospect in the class of 2024, Allen said he’s hearing from UCF, Missouri, Florida State, Miami, Cincinnati, Georgia Tech, Stanford, Baylor, South Carolina and Arizona State daily. “The process has gone really well,” he said. “Schools are calling and texting me, so I’m just going with the flow and seeing what schools I’m leaning to the most.” Allen said that after his recent transfer to AZ Compass Prep, he’s trying to figure out his schedule take visits and broke down his transfer decision:  “I just wanted to go on a bigger stage. We play in the NIBC, so it’s a bigger stage and better competition,” he said. “That’s how I really like to play. I went there to develop as a better basketball player and a better person.” As far as his decision, Allen talked about the factors he’s evaluating: “A school where I can just go be myself,” he said. “I don’t want to pretend I’m someone I’m not. I just want to go there and build a relationship with the coach. Relationships are big for me, so that’s the main thing.” Follow Jacob Polacheck on Twitter Follow Adam Zagoria on Twitter Follow ZAGSBLOGHoops on Instagram And Like ZAGS on Facebook