Cam Whitmore makes USA U18 Team, could he be Villanova's first one-and-done in a quarter century? | Zagsblog
Follow @adamzagoria

Cam Whitmore makes USA U18 Team, could he be Villanova’s first one-and-done in a quarter century? 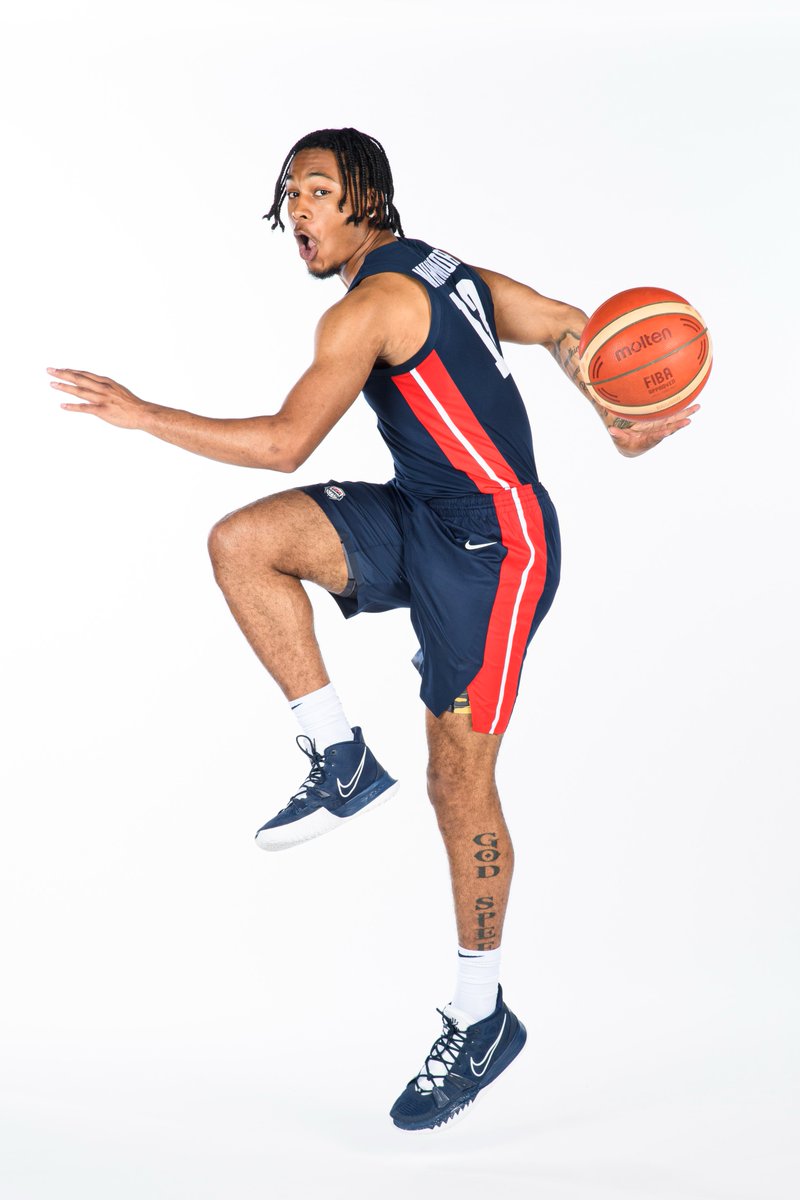 By ADAM ZAGORIA Villanova hasn’t had a one-and-done player since Tim Thomas back in 1997, nearly a quarter century ago. During Jay Wright’s entire two-decade tenure, the Big East program didn’t produce a single one-and-done, although there are nine Villanova alums currently in the NBA, a testament to player development under Wright and his staff. Yet here comes Cam Whitmore, the five-star small forward from Archbishop Spalding (MD) who could become the program’s first one-and-done this century. “Yeah, why not?” Whitmore asked rhetorically from the recent USA U18 National Team training camp in Houston. Asked what he would have to do to achieve that goal, the 6-foot-6, 230-pound wing said: “Give max effort. If I give max effort both ends of the floor and get my teammates involved and do what I do and just get a bucket, then it could happen. I think so.” Whitmore is one of two Villanova players on the final 12 man roster — along with Saint Peter’s Prep (NJ) point guard Mark Armstrong — that will compete at the 2022 FIBA U18 Americas Championship in Tijuana, Mexico, from June 6-12. The USA opens play Monday vs. the Dominican Republic. The 6-2 Armstrong believes his future teammate could be a one-and-done, too. “Yeah, I do and he’s physically gifted,” he said. “He has everything, he can do everything at multiple positions. He has the athleticism for the league so he can definitely go one-and-done if he performs his first year.” Whitmore watches NBA players like Jimmy Butler, Paul George and Giannis Antetokounmpo and sees them as role models. He said his ultimate goal is to play in the NBA: “Yes,” he said. Jerry Meyer of 247Sports.com described Whitmore as an “Ultra-athletic with a blend of power and elusiveness. Highly competitive with a strong motor. Loves to attack the rim and the ball with physical abandonment.” Asked to describe his own game, Whitmore said, “I’m basically versatile, I can do everything on the floor. I’m scoring at all three levels, getting my teammates involved, facilitating.” Whitmore initially committed to Villanova last October over Illinois and North Carolina. When Wright shocked the basketball world by announcing his retirement April 20, Whitmore was as surprised as everyone else. “When he retired, he was going to tell us eventually on a Zoom call but the news broke out because he’s a big name so it was shocking,” he said. A day later, new coach Kyle Neptune spoke with the recruits to reassure them the program would maintain continuity. “We talked to him the next day,” Whitmore said. “[He said] ‘Nothing is going to change, everything is going to be the same.'” Whitmore didn’t re-open his recruitment and Armstrong and guard Brendan Hausen also reaffirmed their commitments in late April. “I didn’t really feel like moving around, I just wanted to stay in the same spot,” Whitmore said. Now he and Armstrong are bonding during the USA Basketball experience. “Yeah, that’s my guy,” Whitmore said. Whitmore is looking forward to his first (and possibly only) season at Villanova. The team will return key players like Brandon Slater, Caleb Daniels, Eric Dixon and Justin Moore (who is recovering from an Achilles injury). He said the team could be “really good. We got some returning starters coming back.” As for what he expects his role to be, Whitmore said, playing “Everywhere on the floor.” For now, he’s focused on his USA Basketball experience and making the most of it while trying to win a gold medal. “That’s a blessing too, not a lot of people get that opportunity like I did,” he said. “I just want to take advantage of it, play hard and do what they ask for.” Follow Adam Zagoria on Twitter Follow ZAGSBLOGHoops on Instagram And Like ZAGS on Facebook