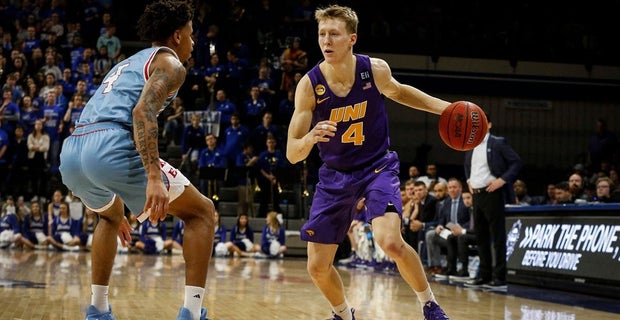 By ADAM ZAGORIA CHICAGO — Northern Iowa transfer A.J. Green, the Missouri Valley Conference Player of the Year, is headed to visit Duke, according to Duke beat writer Steve Wiseman Green competed here this week in the NBA G League Camp in front of NBA scouts. If he returns to college, it will be at either Duke or Iowa State. “It’s Duke” he told 247Sports.com. “Everybody knows Duke for the history they have of year after year, the guys they get and the guys they produce and just the program itself and how it’s ran. Coach K did a great job and I know coach [Jon] Scheyer is excited to step in line and fill those shoes. Duke’s going to be a great choice and Iowa State is going to be a great choice, it’s going to be a tough decision.” Of Iowa State, he said: “”They’re in great hands now with TJ [Otzelberger] and what they did last year. I think they surprised a lot of people. I think they showed what Iowa State is all about and it’s been that way in the past with guys like Monte Morris and Georges Niang. “I talked to TJ a little bit in how he would use me if I were to go there and it would be a good fit.” Last season he averaged 18.8 points and 3.7 rebounds while shooting 39 percent from deep. The 6-foot-4 Iowa native entered the Transfer Portal and the NBA Draft and has until June 1 to withdraw from the draft to remain eligible for college. He is among a group of players in that category, including Kentucky’s Keion Brooks, Northwestern’s Pete Nance and Baylor Scheiereman, who transferred to Creighton from South Dakota State. “I wish I could give you a `I’m leaning one way or the other’, but I’m still up in the air about it,” Green told Wiseman. “I think over the next few days I’ll talk to my agent, talk to my parents, and hopefully get closer to a decision on what I’m feeling. But I’m still gonna take the rest of the month.” Follow Adam Zagoria on Twitter Follow ZAGSBLOGHoops on Instagram And Like ZAGS on Facebook