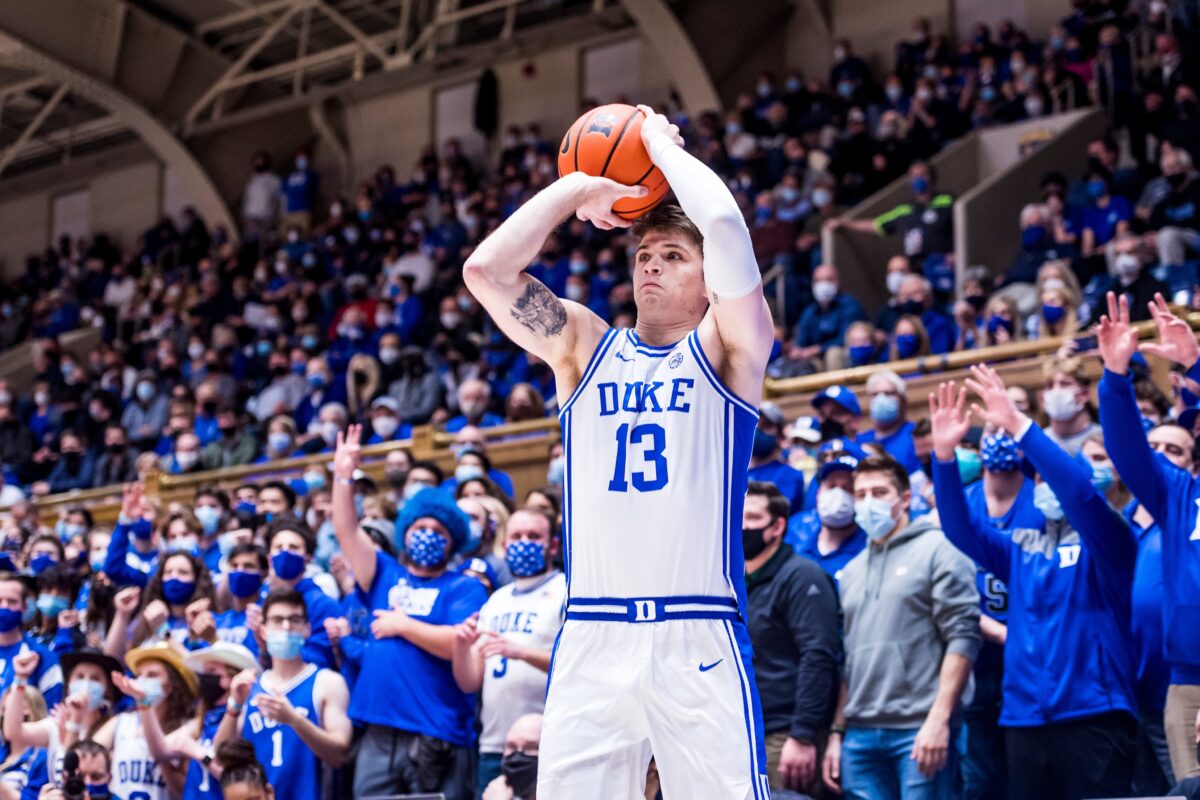 Duke senior Joey Baker has announced that he will enter his name into the transfer portal, intending to use the additional year of eligibility afforded to student-athletes due to the COVID-19 pandemic as a graduate transfer. A political science major at Duke, Baker is seeking to receive his undergraduate degree at the conclusion of the university’s second summer term. “My four years at Duke have meant the world to me,” said Baker. “I have grown immensely as a player, teammate, and most importantly as a person. The experiences I have been a part of will be memories that I carry with me for the rest of my life. The relationships I have built here are more meaningful than I could ever express, and the lessons have made me a better man. I want to thank every person within the program, but specifically Coach K and our coaching staff, for helping to make these past four years the best possible experience. You all have influenced me in ways few could understand. It’ll be an honor to receive my degree from Duke this summer and I look forward to the next stage of my career.” Baker appeared in 88 games with four starts in four seasons at Duke, averaging 4.1 points on .394 shooting from the field and .379 from three-point range. Serving as a team co-captain alongside Wendell Moore Jr., in the 2021-22 campaign, he shot 30-of-74 (.405) behind the arc and scored in double figures six times while helping the Blue Devils reach the Final Four. The Fayetteville, N.C., native had 11 career games with 3+ three-point field goals, the most recent being a 4-of-5 shooting performance from deep against Florida State on Feb. 19. “It has been an absolute pleasure having Joey and his family in our program over the last four years,” said head coach Mike Krzyzewski, who retired following the 2021-22 season. “He’s been a joy to coach and a great leader for our young men. I’m thrilled he’ll be earning a degree from one of the great institutions in the world and I wish him all the best. Any program will be lucky to have him.” This release was provided via Duke Athletics Follow Adam Zagoria on Twitter Follow ZAGSBLOGHoops on Instagram And Like ZAGS on Facebook