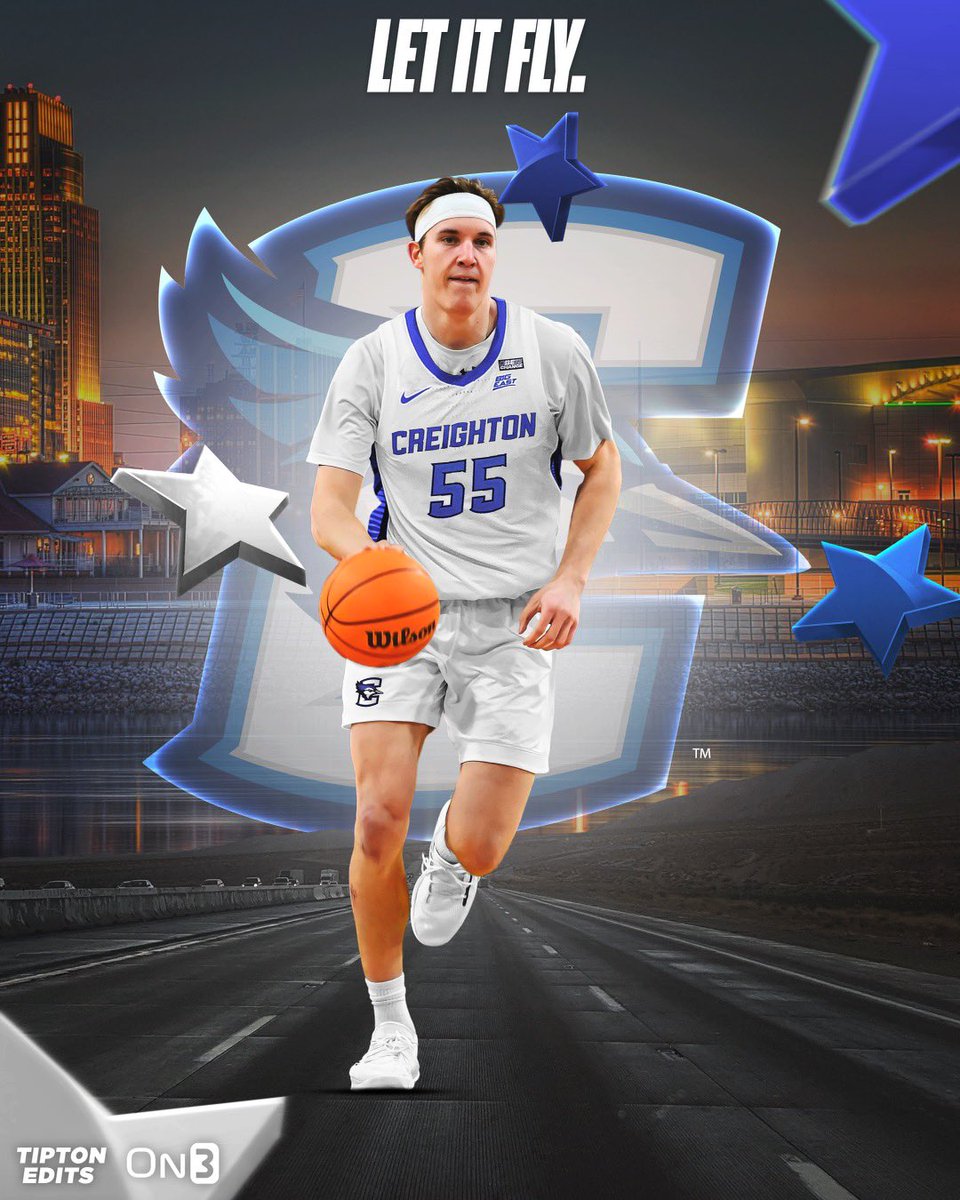 By ADAM ZAGORIA Creighton guard Baylor Scheireman plans to remain in the NBA Draft if he gets a promise that he will be selected in either round. “Ultimately, I want to stay in the draft obviously,” he said Monday from the NBA G League Camp in Chicago, where he is among 44 players competing this week. “If I can get picked, I’m going to stay in. And then the undrafted waters, I’ll have to talk to my agent and what not.” Asked if he was looking for any type of guarantee from an NBA team, the 6-foot-6 sophomore from Aurora, Neb., said, “I think if I can get a guaranteed pick, not necessarily the first round, but first or second round.” Scheiermanwas asked if he was told he would be the 59th pick in the 60-man draft, would he remain in the draft? “I think if it was guaranteed, yeah,” he said after going 0-for-3 with no points and two rebounds in his team’s loss Monday. Scheierman announced May 2 he was transferring to Creighton from South Dakota State after also considering Arkansas, Clemson, Duke and Nebraska. The reigning Summit League player of the year, Scheierman averaged 16.2 points, 7.8 rebounds and 4.5 assists while shooting 51 percent from the field and 47 percent from deep this past season for a Jackrabbits team that won 21 straight games before losing to Providence in the first round of the NCAA Tournament. Scheierman led the Jackrabbits (30-6) with 18 points and 10 rebounds in the game. “Obviously the home town but also their play style really fits how I can play,” he said Monday of Creighton. “And I feel like I can come in and really just excel in their system. “They have a really great team coming back and I feel like me coming in with them, it will make it even better.” Creighton, which lost to Villanova in the Big East Tournament title game in March, should again be a major factor in the Big East and nationally with the return of Ryan Nembhard, Trey Alexander, Arthur Kaluma and Big East Defensive Player of the Year Ryan Kalkbrenner. The Bluejays also bring in point guard Ben Shtolzberg, power forward Jasen Green and big man Fredrick King. Scheireman is one of several players in the NBA G League Camp who both entered the Transfer Portal and declared for the NBA Draft. Kentucky’s Keion Brooks and Northwestern’s Pete Nance, the son of former Cleveland Cavaliers star Larry Nance Sr., are also in that category. Doing both gives players maximum flexibility. They had to enter the Portal by May 1, and must decide to withdraw from the NBA Draft by June 1. This way, if they get feedback from NBA personnel the that aren’t likely to be drafted, they can still transfer. “Yeah, I would 100 percent agree with that,” Scheierman said. “I think entering the portal and declaring for the draft, you have everything in play and ultimately can make the best decision for yourself.” For now, Scheireman is in Chicago trying to show NBA scouts that he can excel on both sides of the ball. “I think the biggest thing is just defensively showing that I can compete and defend at this level,” he said. “I think offensively my game kind of speaks for itself in terms of film and what not. But i think specifically defensively is what I’m trying to show. “ Follow Adam Zagoria on Twitter Follow ZAGSBLOGHoops on Instagram And Like ZAGS on Facebook

Kentucky's Keion Brooks says he's 'all in' on the NBA Draft'