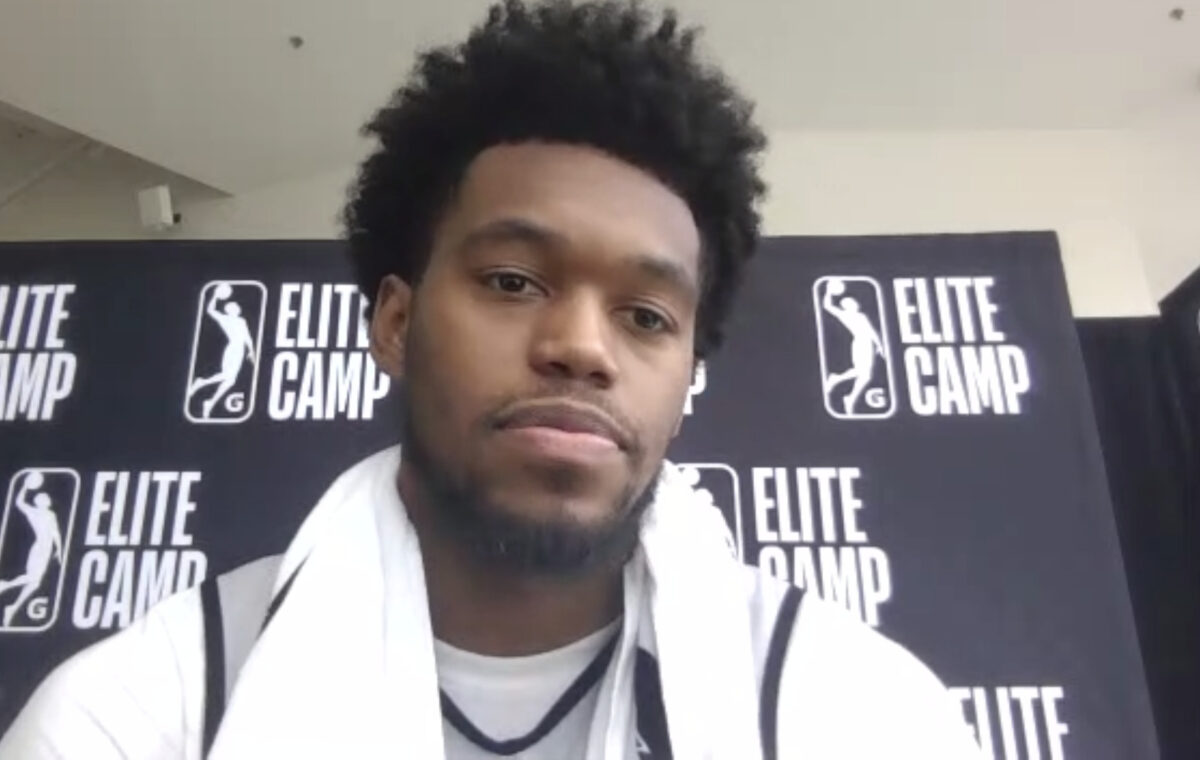 By ADAM ZAGORIA Kentucky’s Keion Brooks says he’s “all in” on the NBA Draft and has no plans to return to college. The 6-foot-7 junior declared for the Draft and entered the Transfer Portal in order to maximize his options. “I’m all in on the Draft,” he said Monday during a Zoom call from the NBA G League Camp in Chicago in response to my question. “My agent [Mike George] and my parents just thought that getting in the Transfer Portal was something that was good to keep my options open. We didn’t want to close the door on anything, you never know what could happen. “But I couldn’t even tell you who’s recruiting me or who’s reaching out because I just let my parents handle it all. So that’s the thing with college and this is the NBA process. I’m just working every day to try to get better.” Brooks averaged 10.8 points and 4.4 rebounds this past season and 10.3 points and 6.8 rebounds as a sophomore. He said he’s worked out so far for the Golden State Warriors and the Sacramento Kings, and said he’s not certain which workouts he has after the G League Camp. “Getting in the league, finding your way, you gotta earn trust from your coaches and things like that,” he said. “I guy that I look at that does a lot that I could think I could [compare to] is Mikal Bridges,” he added. “He’s very, very, very athletic. I want to say a game against the Pelicans, he scored 31 points on five dribbles [on April 26 in the playoffs]. To do something like that, you gotta know how to play basketball, which is something I pride myself on. High energy, knowing where to be, cutting, getting offensive rebounds, getting the open shot, that type of stuff and you build on that.” He believes in the NBA he will be able to show “my ability to switch and guard just about any position on the floor. I switched a lot at Kentucky, but I didn’t switch at everything, per se. Being here, being part of the league, those guys switch everything for the most part show just showing that I can do that, fight through screens, whether that’s guarding a smaller guard, giving them some space because they might be quicker than me and showing my length, or guarding somebody down there on the block and him being bigger than me and using my speed and my athleticism to make it difficult for them.” Four players from last year’s G League Camp were invited to the NBA Draft Combine and Brooks is hoping for the same this week. “That would mean a lot to me,” he said. “All the great players that they had go through there, it’s a good thing to be able to continue to prove yourself and show these teams what you’re made of.” Follow Adam Zagoria on Twitter Follow ZAGSBLOGHoops on Instagram And Like ZAGS on Facebook