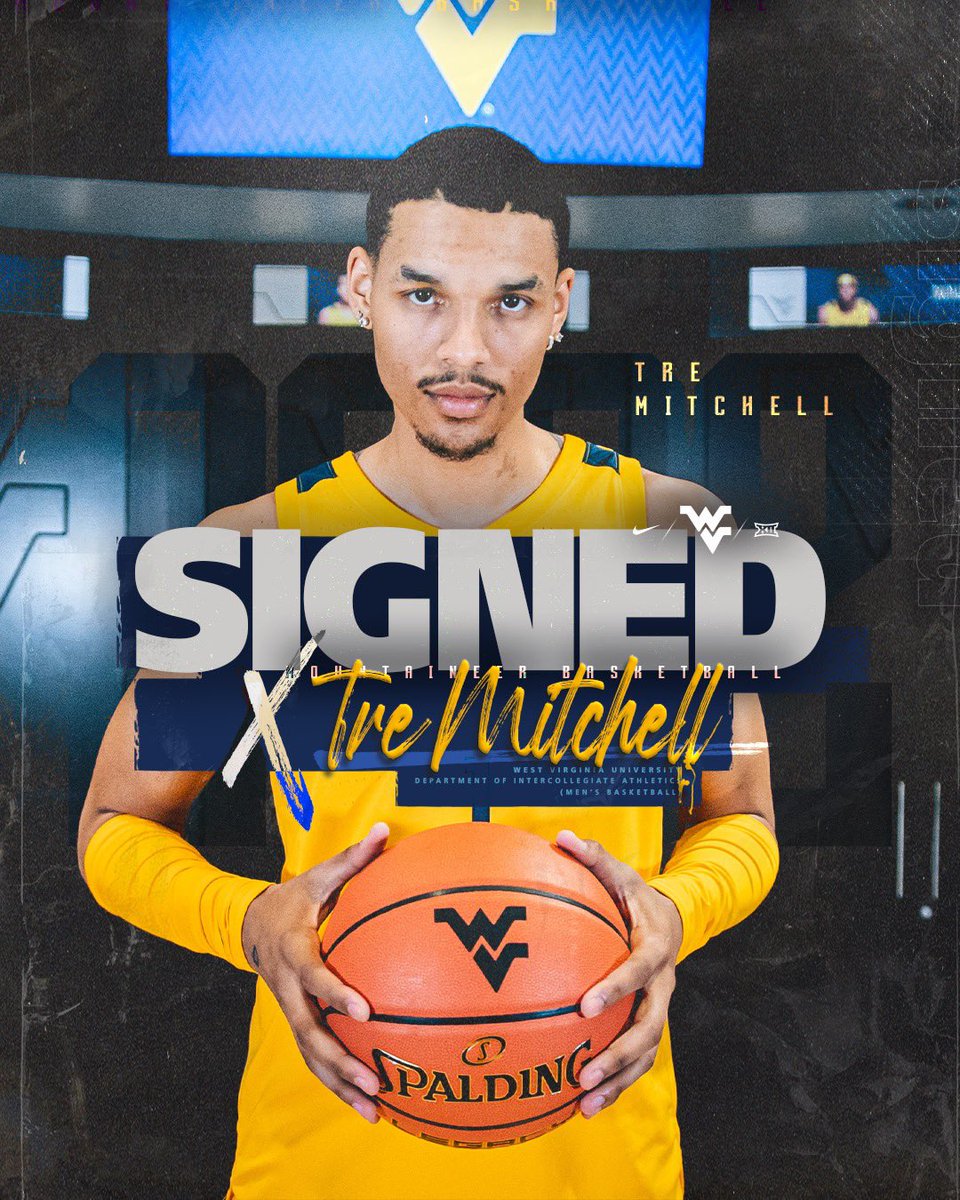 Mitchell is a 6-foot-9, 225-pound forward, who attended Texas in 2021-22. The native of Pittsburgh spent his first two seasons at UMass. He will have two seasons of eligibility remaining at WVU.

As a freshman in 2019-20, he started all 31 games and was named the Atlantic 10 Rookie of the Year and was named to the Atlantic 10 All-Conference Second Team. Mitchell was the first UMass freshman to earn all-league honors since Marcus Camby in 1993-94. He was named Atlantic 10 Rookie of the Week six times. Mitchell averaged a team-best 17.7 points and 7.2 rebounds per game. He averaged 19.6 points per game in A-10 games only, second in the league behind Obi Toppin of Dayton. Mitchell set a UMass freshman record for most field goals in a season with 206 and his 548 points scored were fourth in the nation among NCAA Division I freshmen.

“Tre gives us a much-needed presence inside who we can throw the ball to,” Huggins said. “He is a big-time Power 5 starter who is extremely experienced. Tre can score and rebound the basketball, and we are excited to get him here.”

Mitchell played his junior and senior years of high school at Woodstock Academy in Woodstock, Connecticut. He was named the 2019 state of Connecticut Gatorade Boys Basketball Player of the Year. Mitchell scored more than 1,000 points in his two seasons at Woodstock. He attended Elizabeth Forward High in Elizabeth, Pennsylvania, during his freshman and sophomore years. (Release via WVU) Follow Adam Zagoria on Twitter Follow ZAGSBLOGHoops on Instagram And Like ZAGS on Facebook