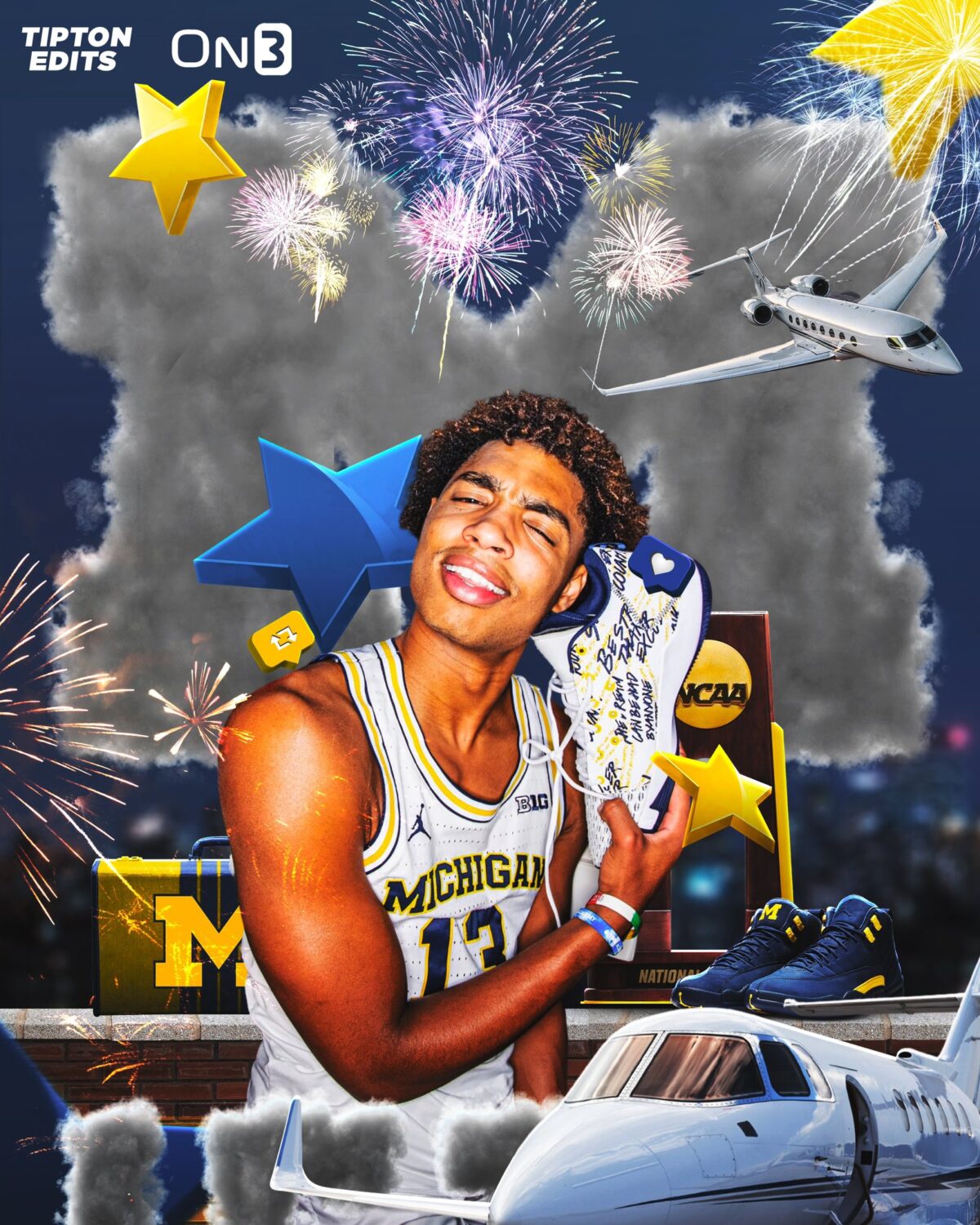 By ADAM ZAGORIA Michigan commit Jett Howard and Baylor pledge Keyonte George were named MVPs of the 2022 Iverson Classic held Saturday at McDonald Insurance Arena in Bartlett, Tenn. The 6-foot-4 Howard, who committed to play for his father, Michigan coach Juwan Howard last October, went for 20 points on 9-of-12 shooting in Team Honor’s 120-110 victory and was called the “most pro ready” of all the players in the game by former NBA guard J.R. Smith, who helped call the game on CBS Sports. Michigan State commit Jaxon Kohler, the 6-9 four-star forward from Southern California Academy, also had 20 in the win for Team Honor. He was clutch late, including a big 3-pointer in the final minutes. Former NBA player Stephen Jackson coached the winning team, while Iverson and Memphis Grizzlies star Ja Morant were among those in attendance. “It was just fun, I just tried to have the most fun with it,” Howard told Gary Parrish of CBS Sports. “Listen to my coaches and and play hard.” He added: “I didn’t think it was any different from a high school game, so I just tried to give it all my effort and play team basketball and come out with the win.” Michigan big man Hunter Dickinson recently announced he was returning for his junior season after averaging 18.6 points and 8.6 rebounds as a sophomore. The Wolverines this week also landed a pledge from transferring Princeton guard Jaelin Llewellyn. Michigan also adds point guard Dug McDaniel, small forward Gregg Glenn III and big man Tarris Reed. “I can’t wait to just get to work and build some camaraderie with my teammates,” Howard said. “Honestly, I think my dad is a great coach and my brother [Jace] is already there, so it’s just a family atmosphere. And I just can’t wait to get over there to Ann Arbor and win.” Juwan Howard took in the game courtside. “I’m also proud of my son for being able to be a part of it,” Juwan said in a courtside interview. “It’s great to see his growth as far as all the work he’s been putting in…and now it’s all coming to fruition and it’s moving fast. And I get an opportunity to coach him in college, so it’s a dream come true for both of us.” Smith, the two-time NBA champion who was named North Carolina A&T’s Academic Athlete of the Year with a 4.0 GPA, said of Jett Howard: “He was amazing, he was amazing the last couple of days in practice. You can tell from his body structure and his frame on top of the tools he’s got from being around the game so long, he’s got a natural knack and feel for the game. He’s going to be really, really good at the next level.” Meantime, George, the 6-5 wing who was Howard’s teammate at IMG Academy (FL), went for 21 points on 5-of-18 shooting with 6 rebounds in the loss. “I can score at all three levels, I can get my teammates involved and just ultimately be a winner,” George said of what he will bring to Baylor. “On the defensive side, be a dog and just try to bring another championship to Baylor.” Follow Adam Zagoria on Twitter Follow ZAGSBLOGHoops on Instagram And Like ZAGS on Facebook