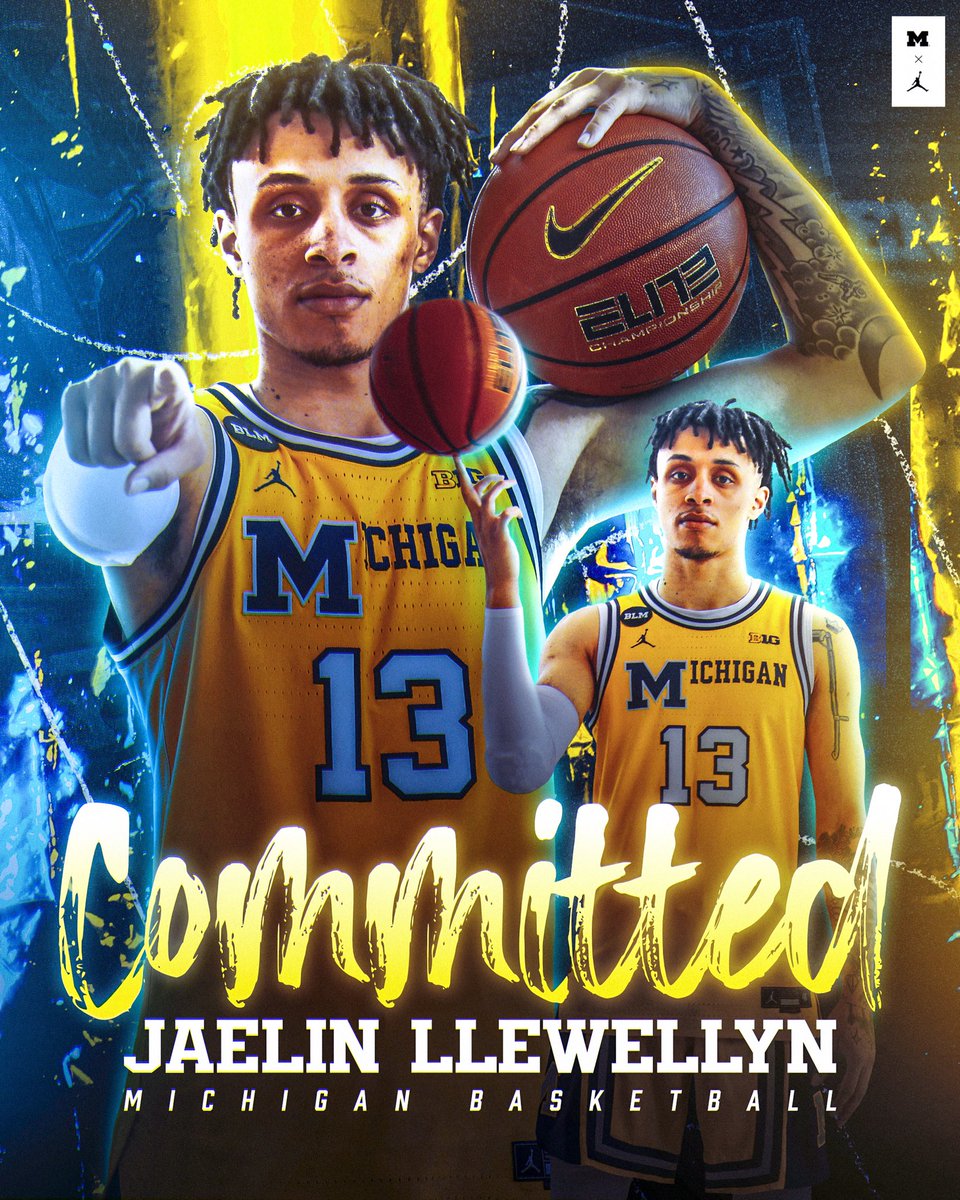 By ADAM ZAGORIA Michigan has secured a commitment from highly coveted Princeton transfer Jaelin Llewellyn, he told ZAGSBLOG. Llewellyn visited Michigan this week after de-committing from Clemson earlier this month. “I chose Michigan because they are a great program with a great coach that has had success at the guard spot, especially with transfers,” he told ZAGSBLOG. “Michigan is a team that consistently makes a push in the [NCAA] Tournament and I want to help do the same, and be a part of something special. Also, Ann Arbor is a lot closer to my home (Mississauga, Canada) than I’ve been since going to high school in Virginia, and that gives my parents more of an opportunity to catch some games.” The 6-foot-2 senior point guard averaged 15.7 points, 4.1 rebounds and 2.5 assists this past season at Princeton. He is the latest grad transfer from the Ivy League to head to a power-5 school. Michigan previously added Columbia grad transfer Mike Smith ahead of the 2020-21 season. Llewellyn was a 4-star point guard coming out of Virginia Episcopal School in 2018. Michigan big man Hunter Dickinson recently announced he was returning for his junior season after averaging 18.6 points and 8.6 rebounds as a sophomore. Coach Juwan Howard’s team also has a four-,man recruiting class coming in featuring point guard Dug McDaniel, shooting guard Jett Howard (Juwan’s son), small forward Gregg Glenn III and big man Tarris Reed. Follow Adam Zagoria on Twitter Follow ZAGSBLOGHoops on Instagram And Like ZAGS on Facebook