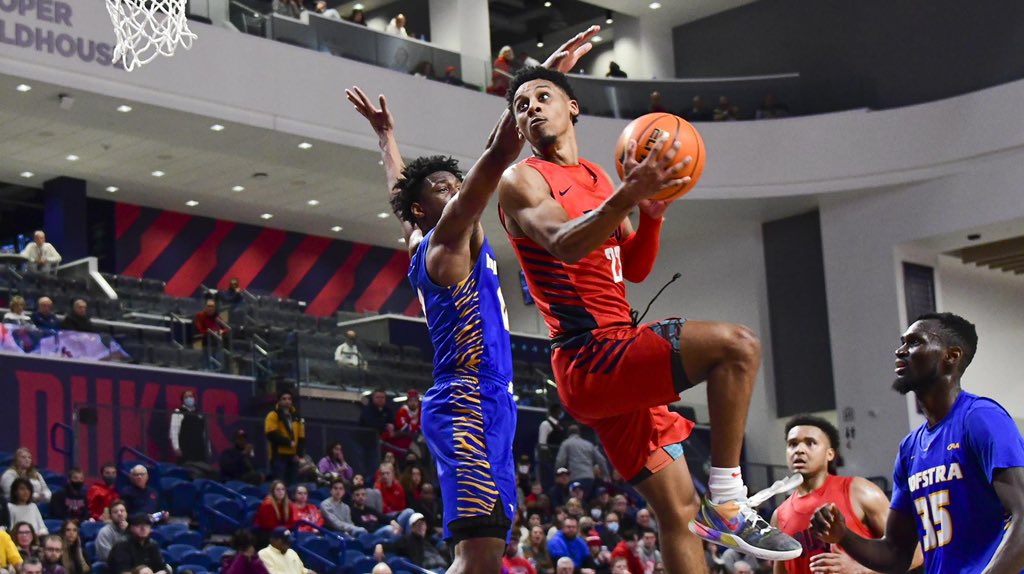 By ADAM ZAGORIA Georgetown has added Duquesne transfer Amir “Primo” Spears. The 6-foot-3 Hartford native averaged 12.7 points and 2.5 rebounds as a freshman at Duquesne. Spears spent one year at Mt. Zion Prep in Lanham, Maryland before heading to the Dukes. “Primo Spears is another integral piece to our team next season,” said Georgetown coach Patrick Ewing. “He is a proven scorer but in addition to that, he gives us another physical defensive-minded guard who can make the right passes.” Spears had previously cut his list to of Maryland, Oklahoma and Texas Christian. He joins the program along with LSU transfer Brandon Murray after Georgetown has had six players transfer out from a team that went 0-19 in the Big East and lost 21 straight to end the season. The Hoyas are also losing freshman Aminu Mohammed to the NBA Draft. “Georgetown was unexpected, but as soon as I was here, it felt like family,” he said. “With one of my best friends in Brandon Murray already committed here, it just felt right. The chance to play for a Hall of Famer and to hear Coach Ewing break down my film and articulate my game to me – it’s all a blessing. My relationship with the coaching staff, especially Coach [Kevin] Nickelberry, is superb, and I very much appreciated the way the staff treated my family. I want to thank my Mt. Zion coaches – Roderick Harrison and Brian Scott – for helping me get to this point.” Follow Adam Zagoria on Twitter Follow ZAGSBLOGHoops on Instagram And Like ZAGS on Facebook