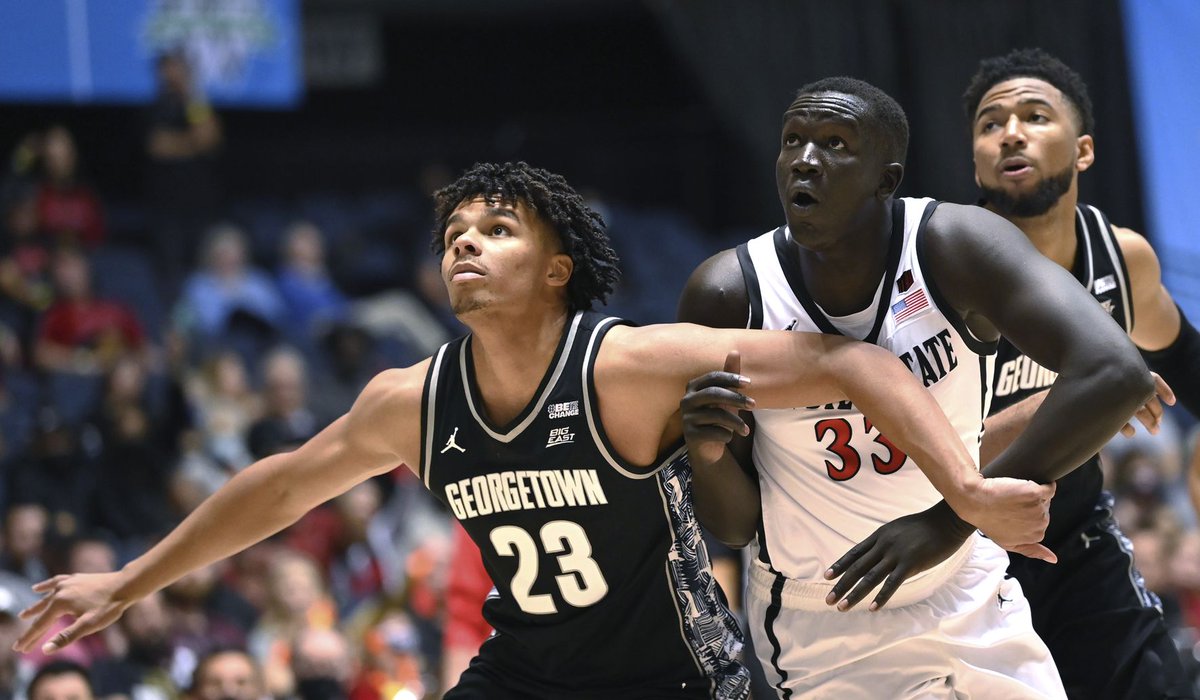 Georgetown announced Thursday that Don Carey and Collin Holloway have entered the NCAA transfer portal. They are the fifth and sixth Hoyas this spring to enter the portal. Georgetown coach Patrick Ewing had already seen four players transfer out in Kobe Clark, Timothy Ighoefe, Tyler Beard and Jalin Billingsley, while freshman Amini Mohammad has declared for the NBA Draft. The Hoyas are bringing in LSU transfer Brandon Murray and are in the mix for several other transfers. Georgetown went 0-19 in the Big East last season and lost 21 straight games to end the season, but Ewing was given a vote of confidence to return for the 2022-23 season with the expectation that changes would be made. The Hoyas changed two assistant coaches and will now have a revamped roster as well. Carey previously declared for the 2022 NBA Draft while maintaining his college eligibility.   Carey, the first captain named under coach Patrick Ewing, has spent the 2020-21 and 2021-22 seasons at Georgetown following stints at Mount St. Mary’s (2017-18) and Siena (2019-20). Carey has one year of eligibility remaining due to the impacts of COVID-19 on the 2020-21 season.  In two years at Georgetown, Carey appeared in 54 games, making 48 starts while averaging 10.9 ppg, 3.8 rpg and 2.3 apg. The 6-foot-5 guard shot 43.8% (192-438) from the field and 40.9% from 3-point range while hitting 90.0% (99-110) of his shots from the free throw line.  In four years of collegiate basketball, Carey scored 1,215 points, grabbed 386 rebounds and dished out 305 assists in 116 games played with 108 starts to his credit. Following the 2021-22 regular season, Carey was the recipient of the BIG EAST Sportsmanship Award.  Holloway has spent the last two seasons with the Blue & Gray, appearing in just 10 games his freshman season before returning from injury his sophomore year to play in 28 games, starting 20. During the 2021-22 season, Holloway averaged 9.2 ppg and 2.9 rpg while shooting 45.3% (86-190) in 25.5 mpg.  For his career, Holloway put up 7.2 ppg, 2.3 rpg and shot 45.8% (92-201).  Carey remains fully dedicated to the NBA draft process. Both Carey and Holloway have elected to keep their options open, including continuing their careers at Georgetown or at another institution.  Follow Adam Zagoria on Twitter Follow ZAGSBLOGHoops on Instagram And Like ZAGS on Facebook