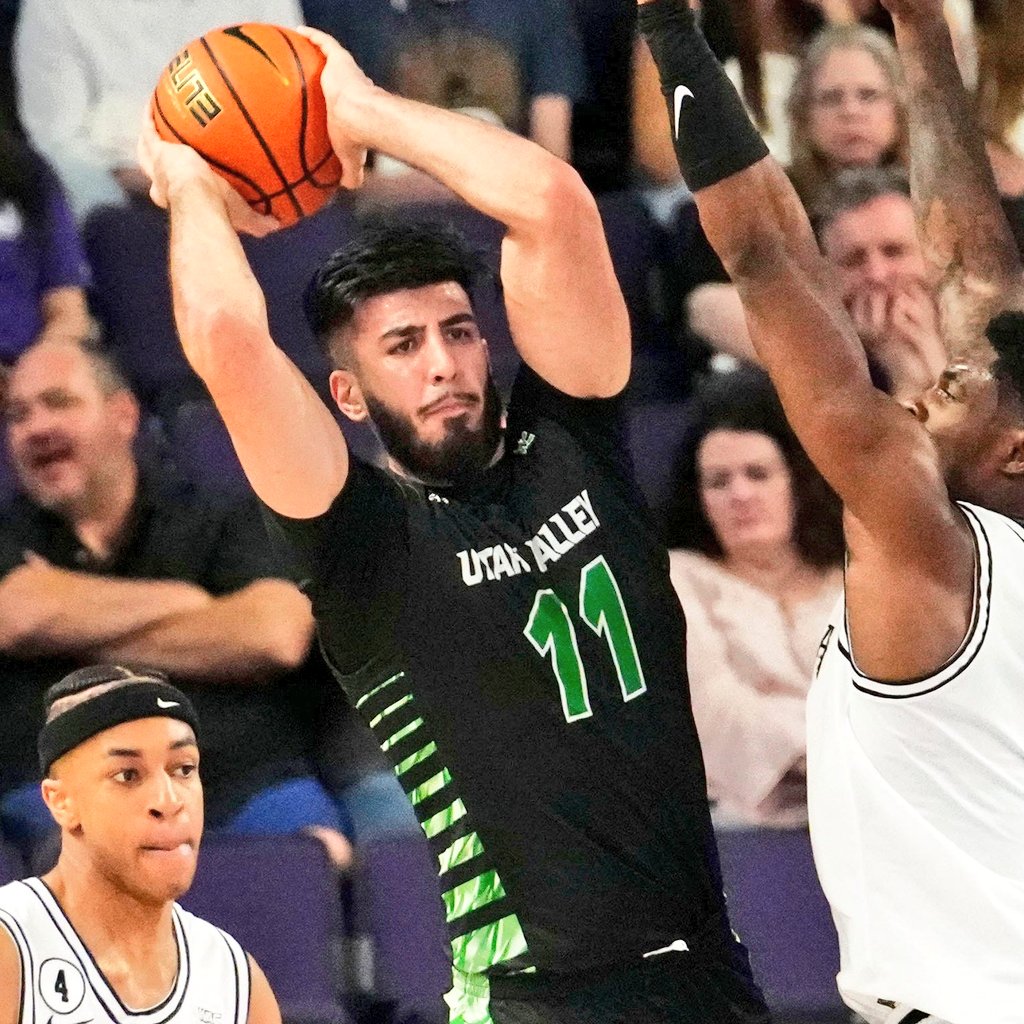 By ADAM ZAGORIA Utah Valley transfer Fardaws Aimaq is headed to Texas Tech. The 6-foot-11 big man from Vancouver, British Columbia averaged 18.9 points and 13.6 rebounds last season as a junior and 13.9 points and 15.0 boards as a sophomore. He also considered Texas, Gonzaga, Iowa and Washington but visited Texas Tech this week. “I’m super excited to be a Raider,” he said on the Field of 68 network. “I’m super excited to join [Mark Adams] and his staff and make a run at this thing….I’m going to play my heart out every single night.” Aimaq has also declared for the NBA Draft and said he’s “50/50” on his future plans. “Obviously, with workouts coming up next week I’ll be starting those and working out for teams and going through the whole combine stuff,” he said. “It will truly depend on if I’m at a place where I think it’s worth it to leave, then I’ll obviously I will take that route,” he said. “But if it’s not, I’ll come back to school for another year, improve my stock, make a run at the [NCAA] Tournament and leave a legacy at Texas Tech.” Follow Adam Zagoria on Twitter Follow ZAGSBLOGHoops on Instagram And Like ZAGS on Facebook