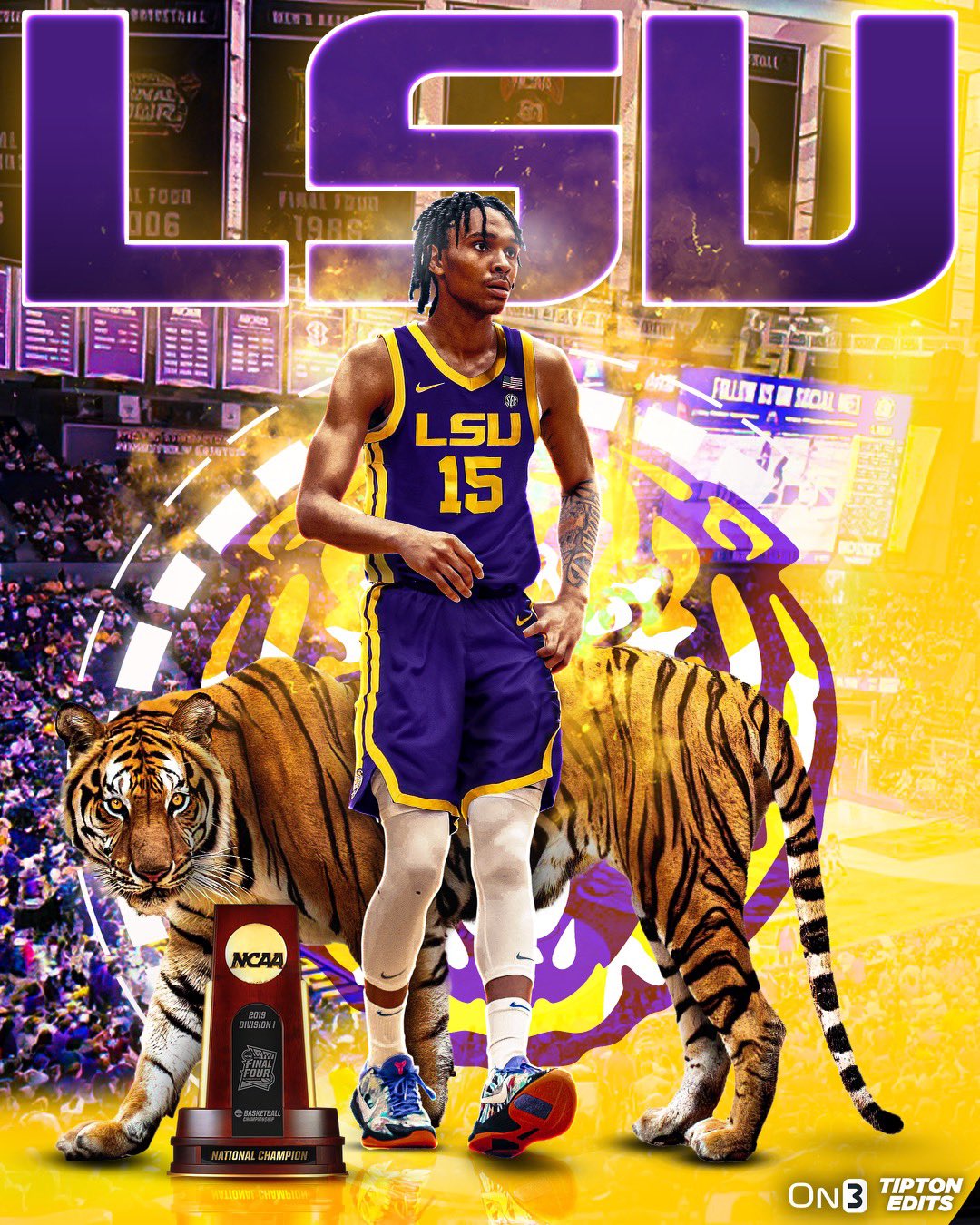 By ADAM ZAGORIA Former Xavier commit Tyrell Ward committed to LSU on Saturday, giving new coach Matt McMahon a talented scoring wing going forward. Ranked the No. 11 small forward in the Class of 2022, the 6-foot-7 Ward chose the Tigers over Georgetown and Virginia Tech. He joins power forwards Jalen Reed and Cornelious Williams in LSU’s class. “I chose LSU because I felt the most comfortable in that school and I feel as though the coaching staff’s plan for me was the best opportunity I had,” Ward told On3. The former DeMatha Catholic (MD) star initially committed to Xavier last July and then decommitted in the wake of the coaching change that saw Travis Steele get fired and replaced by Sean Miller.

Last summer Ward excelled at Peach Jam with Boo Williams, making the All-Peach Jam Second Team on ZAGSBLOG. “Tyrell’s ceiling is as high as it gets,” DeMatha coach Pete Strickland said when he committed to Xavier. “He has excellent ball skills and quickness and combines that with a ‘compete every play’ mindset that truly separates him from his nightly match-up. Tyrell has also shown a unique ability to lead by both example and by encouragement.” Follow Jacob Polacheck on Twitter Follow Adam Zagoria on Twitter Follow ZAGSBLOGHoops on Instagram And Like ZAGS on Facebook