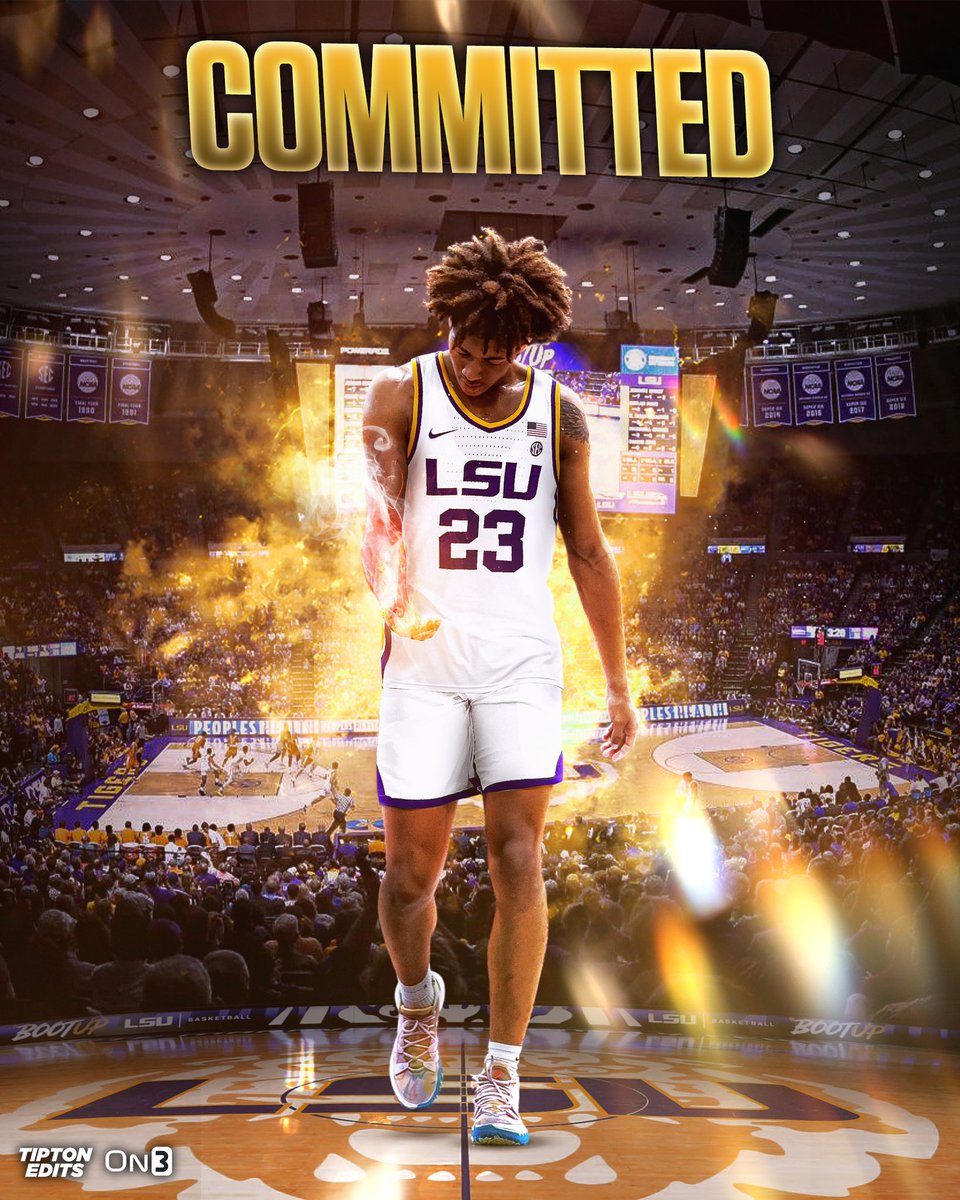 By ADAM ZAGORIA Jalen Reed, the 6-foot-10, 230-pound power forward from Southern California Academy and the ProSkills Elite Nike EYBL team, has committed to LSU after decommitting from Florida. Ranked the No. 13 power forward in the 247Sports.com Composite, he chose the Tigers over Louisville, Texas Tech, Kentucky, Memphis and others. “I’ve been away from home for the last three years and (LSU) is really close to where I’m from which was a plus. It wasn’t the biggest factor, but it was definitely a plus,” the Mississippi native told On3.com. He joins power forward Corneilous Williams in coach Matt McMahon’s recruiting class. “I feel like Coach McMahon and I have built a pretty good relationship in the time we’ve known each other,” he said. “He played a big part in my decision also.” LSU is getting a player with a big upside. “I have coached a ton of prospects that are playing in the NBA right now,” said former Southern California Academy coach Julius Von Hanzlik when he committed to Florida. “Jalen Reed is one of the best prospects I have ever coached with an extremely high ceiling. He’s also one of the most coachable prospects I have ever coached. Obviously his measurements, frame, and athleticism translate to college and the NBA level, but his ball-handling, passing, and decision-making translates as well. The things he does with the basketball at his size amaze our coaching staff every day. One of the most important qualities he has is his character. He’s such a good human being. The kid is going to be a success store. Believe that!” Follow Adam Zagoria on Twitter Follow ZAGSBLOGHoops on Instagram And Like ZAGS on Facebook