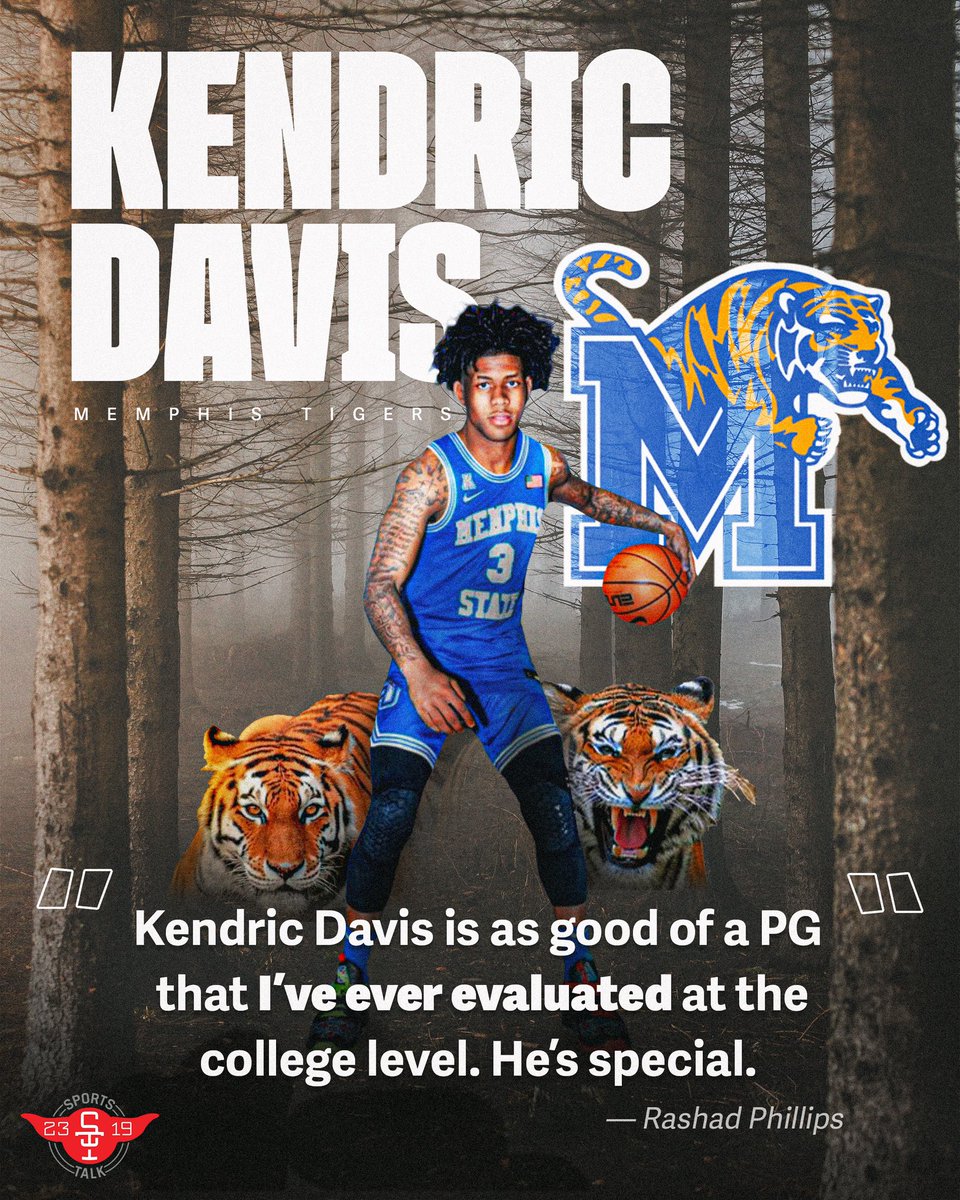 By ADAM ZAGORIA SMU transfer Kendric Davis is headed to Memphis. Davis is ranked the No. 1 player available in the Transfer Portal by ESPN.com. The 5-foot-11 point guard and American Athletic Conference Player of the Year chose Penny Hardaway and the Tigers over Kansas, Texas Tech, Memphis, Houston and TCU. “Me and my family decided to commit to the University of Memphis and play for coach Penny Hardaway,” he told Rashad Phillips. He added: “I get to play for Penny, one of the best point guards, one of the best stories, that there is in the world. Memphis was the best choice because who doesn’t want to play for Penny?...Ja [Morant] reached out to me, Desmond Bane reached out to me. And he said, ‘If you come here, this will be the biggest thing since Tyreke Evans.’ The city of Memphis will love you.” Davis, who averaged 19.4 points, 4.4 assists and 3.8 rebounds as a senior, visited Memphis beginning last Friday.

After given it great thought and praying about it I’ve finally made my decision. I’m excited for this next chapter! I would like to thank all of my supporters, coaches, and friends! Join me on @RP3natural show! Click link⬇️ to watch full show. https://t.co/dCV6JQzVFV pic.twitter.com/59IJsa5qTW

The Tigers are losing a ton of players to graduation, the NBA Draft and the Transfer Portal, including heralded freshman Emoni Bates, and have a lot of playing time to offer. Bates and Jalen Duren, the freshman big man who declared for the NBA Draft, were said to have NIL deals in the 6-7 figure range at Memphis, and Davis could be in line for a low six-figure NIL deal. Memphis finished 22-11 this past season and lost to Gonzaga in the second round of the NCAA Tournament after reaching the American Athletic Conference championship game and losing to Houston. Davis recently listed a Who’s Who of interested schools, including newly-minted national champion Kansas, Duke, UNC, Villanova, Gonzaga, UCLA and Texas, among others. He’s teased Kansas and Texas Tech fans on Twitter, before ultimately choosing the Tigers. Follow Adam Zagoria on Twitter Follow ZAGSBLOGHoops on Instagram And Like ZAGS on Facebook