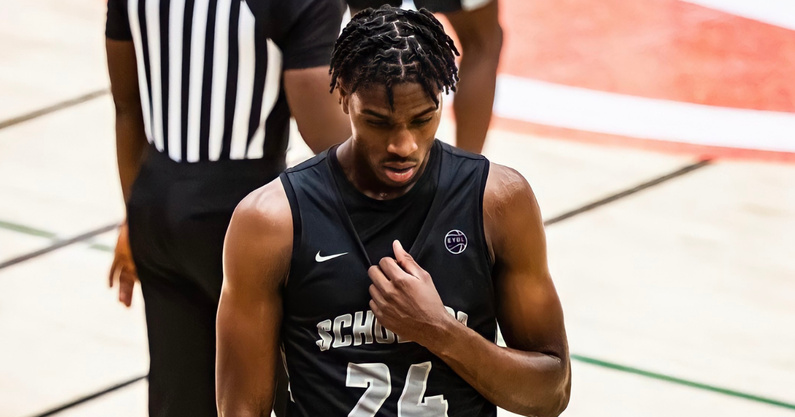 By ADAM ZAGORIA Mackenzie Mgbako, the 6-foot-8 Class of 2023 small forward from Gill St. Bernard’s (NJ) and the NJ Scholars Nike EYBL program, will announce his college choice Friday at 9 p.m. ET. Mgbako, ranked the No. 1 small forward in his class by 247Sports.com, is down to Duke, Ohio State, Kentucky and Memphis. He is currently in Portland, Ore. as a member of the World Team for the Nike Hoop Summit, which takes place Friday at 10 p.m. ET. Tyrese Proctor, a 6-4 Class of 2023 guard from Australia who is also on the World Team, will announce in Portland Thursday between Arizona, Duke and the NBA G League.

Mgbako has visited all four schools. His Crystal Ball on 247Sports is at 100 percent for Duke. Under new coach Jon Scheyer, the Blue Devils already have the No. 1 class in 2022 and ’23, with three recruits lined up for ’23 in point guard Caleb Foster, shooting guard Jared McCain and power forward Sean Stewart. “He shoots the ball extremely well, handles the basketball at 6-8 with ease and has a great feel for the game,” Gill coach Mergin Sina said. “Once he gets a little stronger, look out! He reminds me of a younger Kevin Durant. Upside through the roof!” Mgbako plays grassroots ball with the Scholars, who also feature D.J. Wagner, who is the target of a hot recruiting battle between Kentucky and Louisville. Photo: Dan Fritz Follow Adam Zagoria on Twitter Follow ZAGSBLOGHoops on Instagram And Like ZAGS on Facebook