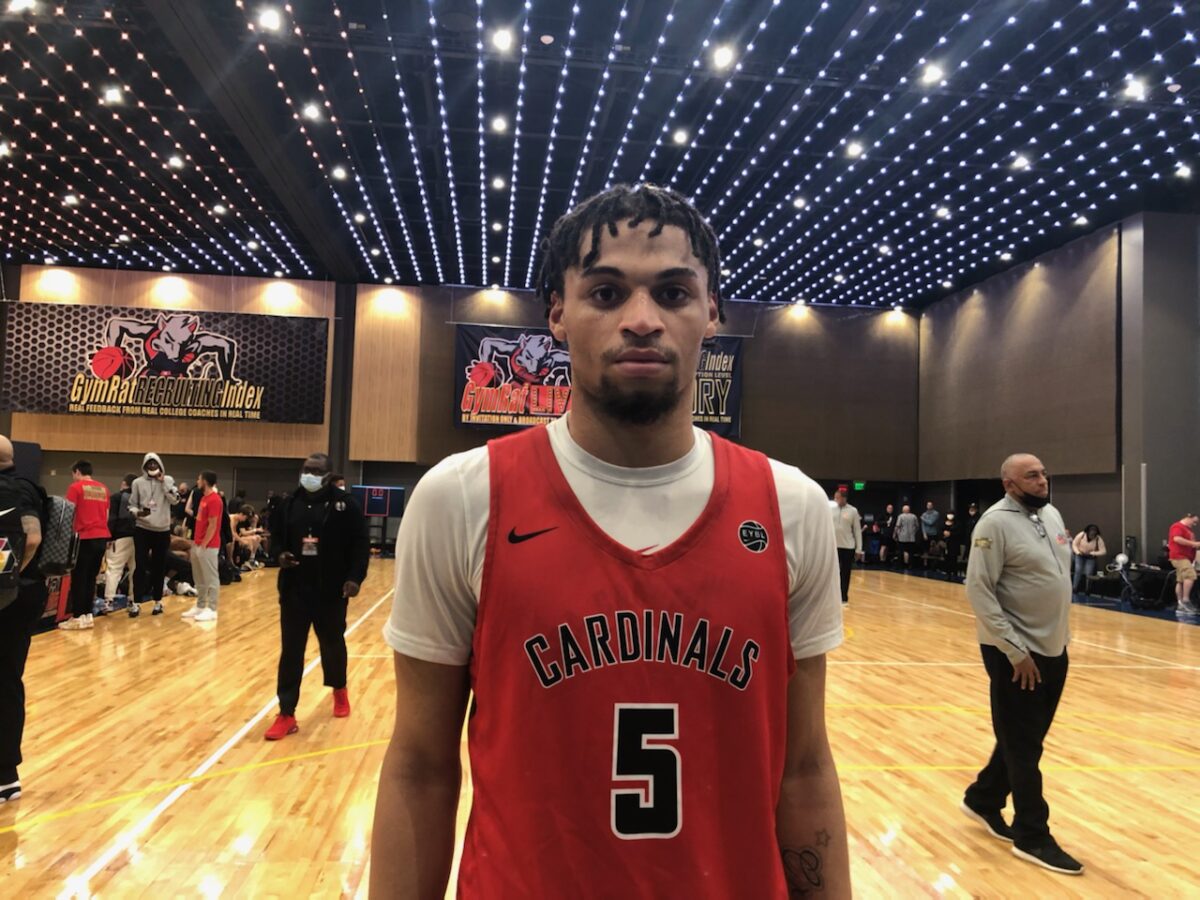 By ADAM ZAGORIA Four-star shooting guard Zion Cruz of Donda (CA) Academy committed to DePaul on Tuesday, giving coach Tony Stubblefield and his staff a huge recruiting coup. Ranked by 247Sports.com as the No. 2 shooting guard and No. 38 overall prospect in the class of 2022, the 6-foot-4, 195-pound New Jersey native said he also considered Texas Tech, Memphis and West Virginia, among others. “I will be taking my talents to DePaul,” he told ZAGSBLOG by phone. “They were on me really heavy since freshman year and I had a talk with Coach Stubbs and it went great. Me and him got a great relationship and I just felt like that’s the right place. Cruz is the first Top-50 recruit to commit to DePaul since 2007, per 247Sports.com. As for what skillset he will bring to DePaul, he said, “[Play] on the ball, off the ball, basically being a scorer and a leader, leading the time.” The New Jersey native will compete in the Big East Conference and get to play in front of family and friends at places like Seton Hall and St. John’s. “Really excited, really excited,” he said. “And that’s a tough conference so hopefully it will help me get to the next level.” Cruz made the decision to join Donda Academy, Kanye West’s new Adidas-backed prep school in Simi Valley, Calif., in October and is playing alongside top recruits Robert Dillingham, JJ Taylor, Jahki Howard and Brandon White, among others. “It’s going great,” he said. “I’m taking in a lot of knowledge from Kanye on off-the-court stuff. On the court, I’m in the gym every day, so it’s been good.” Cruz is DePaul’s first commit in 2022. Said PSA Cardinals coach Jon DeJesus: “Zion is the ultimate competitor. He loves to compete and go to battle with his teammates. He can score at all three levels and really uses his athleticism to shoot over and finish around defenders. He has great elevation on his pull-up jumper off the dribble. “His IQ of the game along with his shot-making abilities will translate to the next level. Zion also has the physical tools along with defensive instincts to really become a high-level defender at the next level. The school he chooses is not only getting a competitor and shot maker, they are getting a great young man.” Follow Jacob Polacheck on Twitter Follow Adam Zagoria on Twitter Follow ZAGSBLOGHoops on Instagram And Like ZAGS on Facebook

Fresh off visits to Duke and Gonzaga, Top-35 guard Jared McCain is looking to cut his list