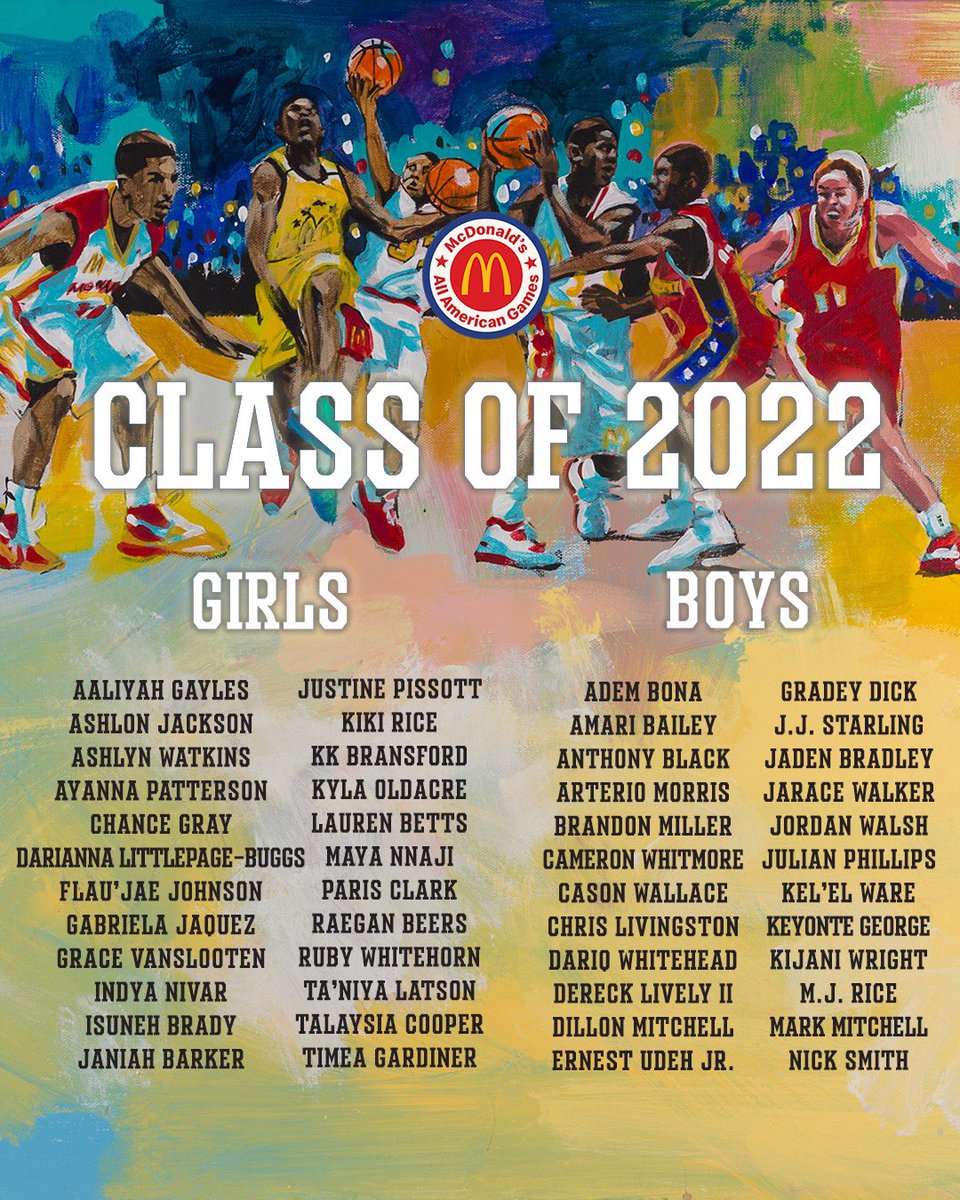 By ADAM ZAGORIA The final rosters for the 2022 McDonald’s All American Games were announced Tuesday and included three Duke commits but not five-star center Kyle Filipowski. Dereck Lively II, Mark Mitchell and Dariq Whitehead — all part of coach-in-waiting Jon Scheyer’s No. 1-ranked recruiting class — will participate in the prestigious game March 29 in Chicago. The 6-foot-11 Filipowski was originally a member of the Class of 2021 but reclassified to 2022, Wilbraham & Monson (MA) coach Mike Mannix said. He said he had a conversation with Filipowski ahead of the season letting him know he was unlikely to be chosen because the McDonald’s selection committee generally doesn’t choose player who reclass. Mannix said he hopes they will alter their approach to consider a player’s birthdate instead of his graduation class. “I hope in the future the McDonald’s committee will look at fifth year player’s dates of birth,” Mannix said. “If a fifth-year turns 19 before Jan. 1 of the fifth year, they are ineligible. If they are still 18 on Jan 1, then let’s keep them in play.” Filipowski turned 18 last November.

The 2022 McDonald's All-American game roster was just announced by @malika_andrews on ESPN. The game will be played in Chicago on March 29. pic.twitter.com/0BJqpP0IDn

The game also features three Kansas commits and two apiece from Alabama, Arkansas, Kentucky, Texas and UCLA. ESPN2 will air the POWERADE Jam Fest at 7:30 p.m. ET on Monday, March 28. ESPN and ESPN2 will broadcast the 2022 McDonald’s All American Games live on Tuesday, March 29. The annual Girls Game will air on ESPN2 at 6:30 p.m. ET and the Boys Game will immediately follow on ESPN at 9 p.m. ET. Follow Adam Zagoria on Twitter Follow ZAGSBLOGHoops on Instagram And Like ZAGS on Facebook