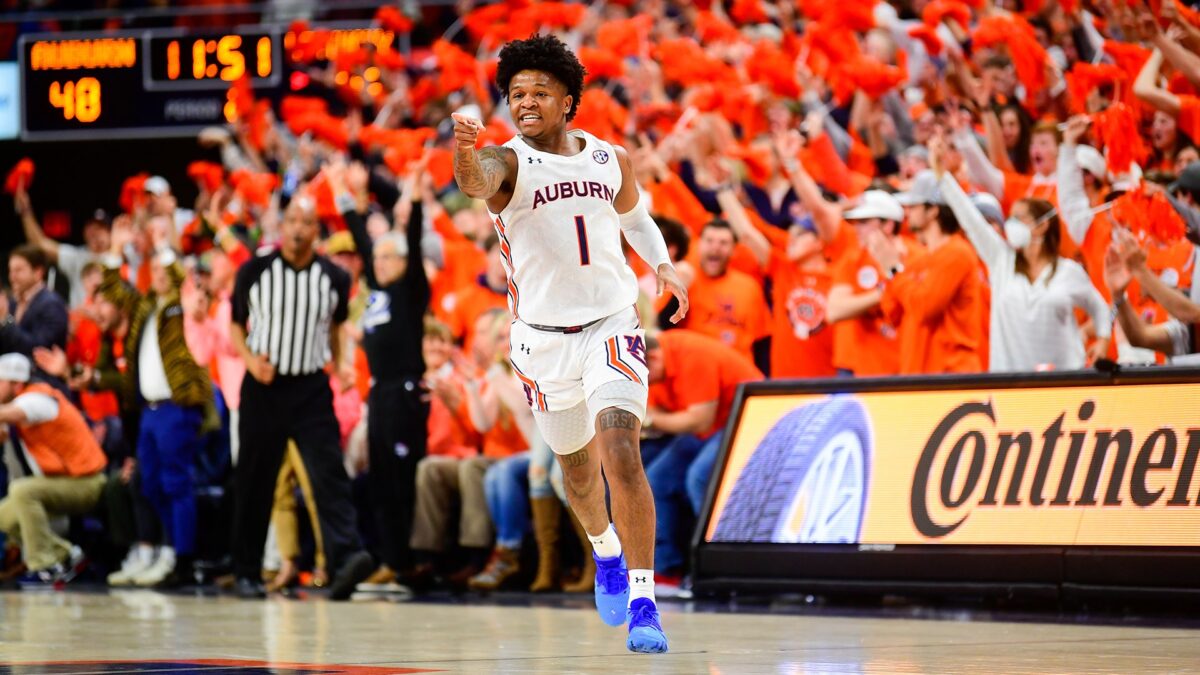 By ADAM ZAGORIA No. 1 Auburn won its 16th straight game thanks to a KD Johnson basket in the final seconds of a 55-54 win at Missouri. The Tigers — who were installed as No. 1 in the nation on Monday for the first time in program history — haven’t lost since falling to UConn on Nov. 24 in the Bahamas, more than two months ago. Still, head coach Bruce Pearl made some insightful comments during his postgame television interview. “We’re ranked the No. 1 team in the country, we may not be the best team in the country,” he said. “We’re probably one of 20 teams that have a chance, or maybe 25 teams, and right now based on our record that’s where we’re at. We didn’t play like the best team in the country tonight, but just being ranked No. 1 doesn’t make you No. 1. “It doesn’t, but we’re No. 1 at this time and we’ll do the best we can to try to continue to get better and improve and hopefully learn something from tonight. They call it survive and advance and we survived and we’re advancing.” The Tigers are the fifth No. 1 this season following Gonzaga (twice), Duke, Purdue and Baylor. Gonzaga (+550) and Duke (+900) remain the favorites to win the NCAA title, per VegasInsider.com, followed by Baylor, Purdue and Auburn — all at +1000. Follow Adam Zagoria on Twitter Follow ZAGSBLOGHoops on Instagram And Like ZAGS on Facebook