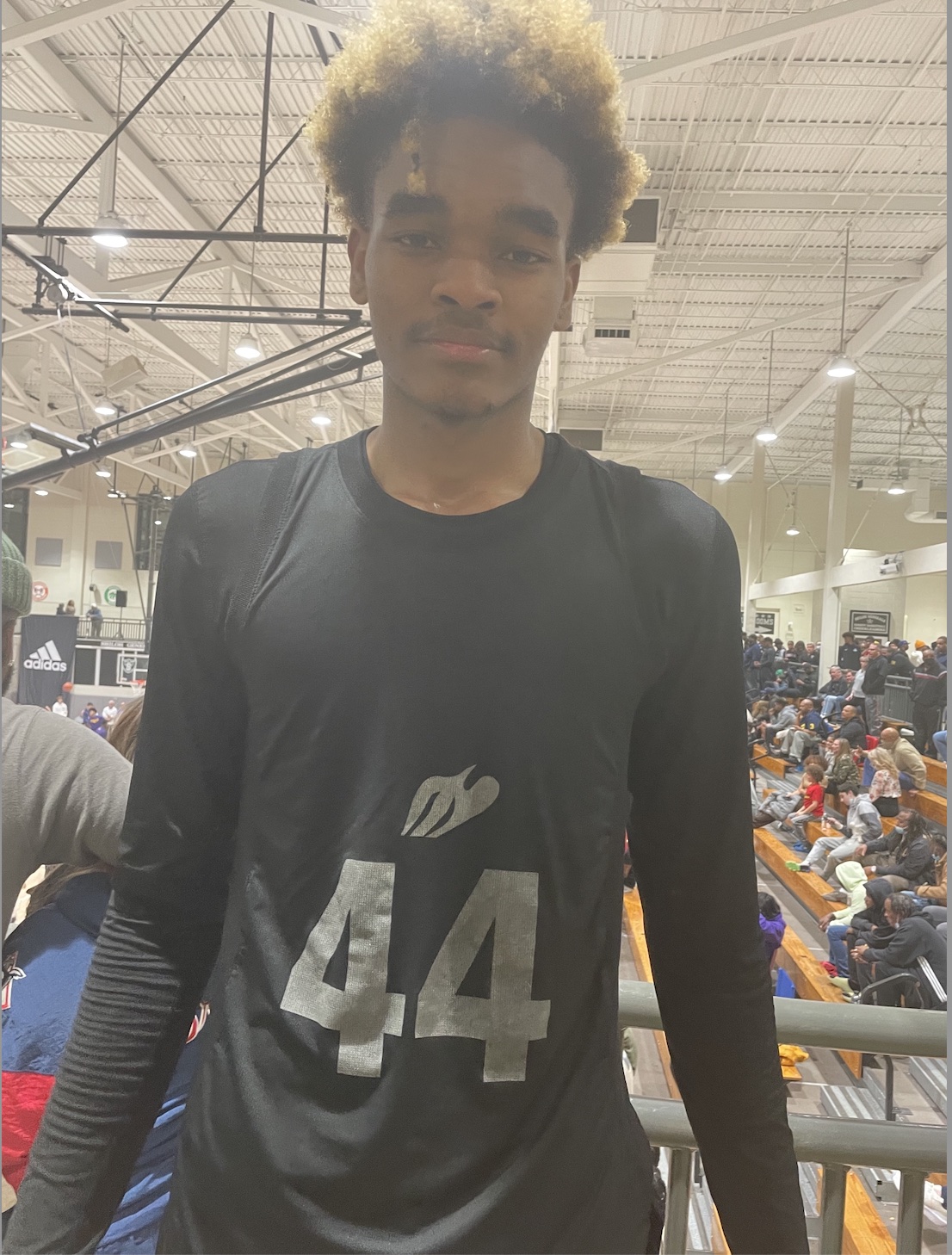 By JACOB POLACHECK ATLANTA — J.J. Taylor, the No. 6-ranked prospect in the class of 2023, is keeping quiet on his recruitment as his season begins with Donda Academy (CA). “I really put that under the radar because we just started the season,” Taylor said. “It’s too much pressure right now. I still have two years.” Taylor currently holds offers from a wide-range of schools including Illinois, Kentucky, Duke, Texas, Nebraska, LSU, Florida, Maryland, Michigan State, Tulane, Michigan, Arizona, Kansas, DePaul, Baylor, North Carolina and Western Illinois, among others. He says he’s not looking to make a decision anytime soon and has no upcoming visits planned. “Just getting me better with development and how their players get better there,” he said. “Also, the history. I’m looking at the history of the program and if they send people to the NBA.” Taylor is among several top recruits to recently join Donda Academy, Kanye West’s new Adidas-backed prep school in Simi Valley, Calif. He is also joined by top recruits Robert Dillingham, Zion Cruz, Jahki Howard, Braeden Moore and Brandon White, among others. “I don’t even know how to explain it,” Taylor said. “I’m from Chicago. I can’t even talk on it, that’s some personal stuff.” West was in attendance for Donda Academy’s 69-51 victory over The Skill Factory (GA) at Atlanta’s Holiday Hoopsgiving Event where Taylor was named Player of the Game after scoring 13 points. “I feel good,” Taylor said. “I feel like I played up to the level to win. We competed as a team, played defense and shut our opponent down.” Last season at Kenwood Academy (IL), Taylor averaged 28.3 points, 7.2 rebounds, 3.7 assists and 2.5 steals per game as a sophomore. At 6-foot-8, 185-pounds, Taylor says he’s looking to improve his work in the post. “I’m just working on my post moves because I’m going to need that when I have a guard on me,” he said. Follow Jacob Polacheck on Twitter Follow Adam Zagoria on Twitter Follow ZAGSBLOGHoops on Instagram And Like ZAGS on Facebook