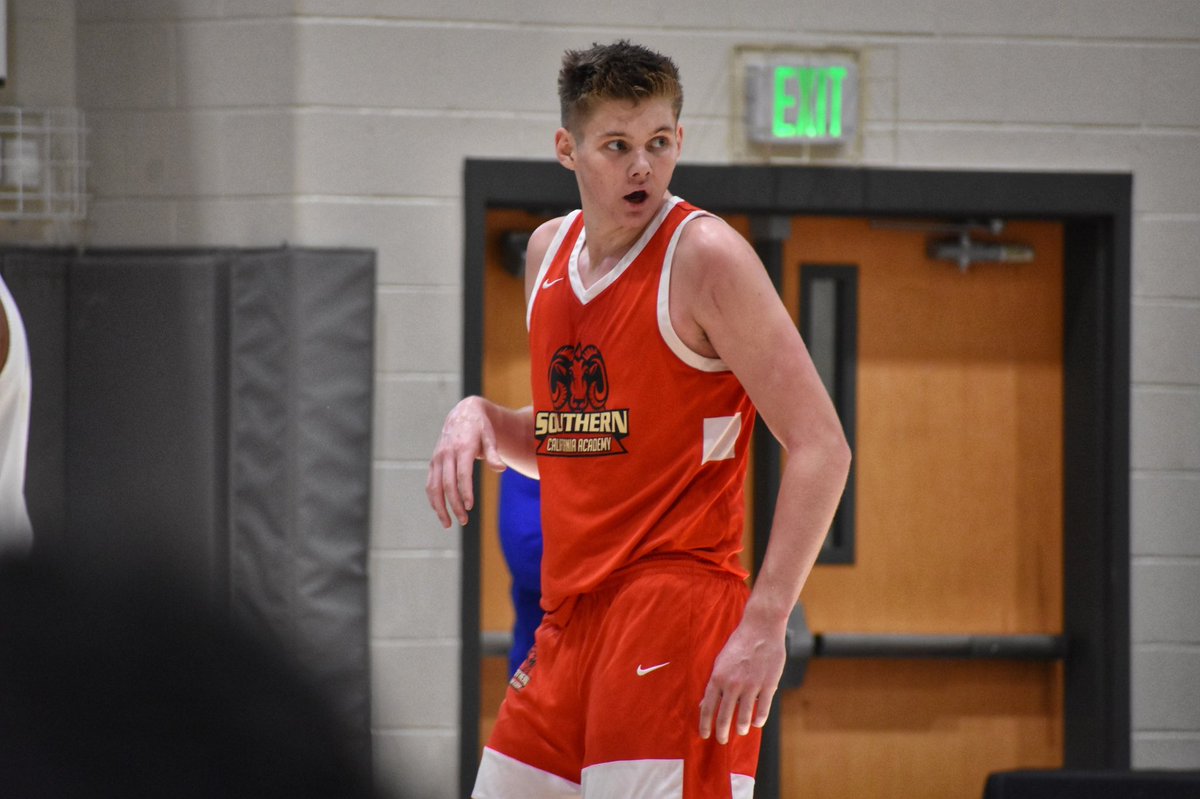 By JACOB POLACHECK ATLANTA – Southern California (CA) Academy forward Jaxon Kohler was among the most impressive performers at the Holiday Hoopsgiving event over the weekend at Shiloh (GA) High School, leading his team to two victories. Kohler began the event with a 16-point, eight-rebound performance in a 58-51 win over The Burlington (NC) School, showing off his physicality in the post as well as his ability to stretch out to the wing. “My bread and butter is the post,” Kohler said. “I’m back-to-the-basket with post moves. I like to do a lot of pick-and-pop and shoot threes. I can stretch the floor. I’m a really hard worker. I never take a play off. That’s the one thing I want people to know about me. I never take a play off and I’m always hustling, getting back on defense and playing hard.”  The 6-foot-9, 250-pound power forward from American Fork, UT, announced his commitment to Michigan State on Sept. 19 before signing his letter of intent on Nov. 10. “MSU was a great place for the moment,” Kohler said. “I talked to coach (Tom) Izzo and honestly, when I first got there, there wasn’t a thought that I wasn’t going to go to MSU. “The connections I made with the players, the coaches, even just the students living there – I knew it was the place that I was meant to be. Coach Izzo has a Hall-of-Fame title and reputation, so I want to be coached by the best so they can hold me to high standards. When I’m held to high standards I feel like I play better.”  Kohler, the No. 61-ranked prospect in the class of 2022, is joined in by four-star point guard Tre Holloman, giving the Spartans the nation’s No. 33-ranked class. “Southern California and Michigan State have someone real dangerous coming in,” Kohler said. “Southern California this year is going to be dangerous and MSU for the next four or five years is going to be really dangerous.”  Before Kohler joins the Spartans next season, he says he wants to improve his foot speed in order to guard the one through five positions. “I also need to work on my shot and get my body in better shape,” he said. “I don’t think it’s in bad shape, but there’s always improvements to make.”  Photo: RYZE Hoops Follow Jacob Polacheck on Twitter Follow Adam Zagoria on Twitter Follow ZAGSBLOGHoops on Instagram And Like ZAGS on Facebook