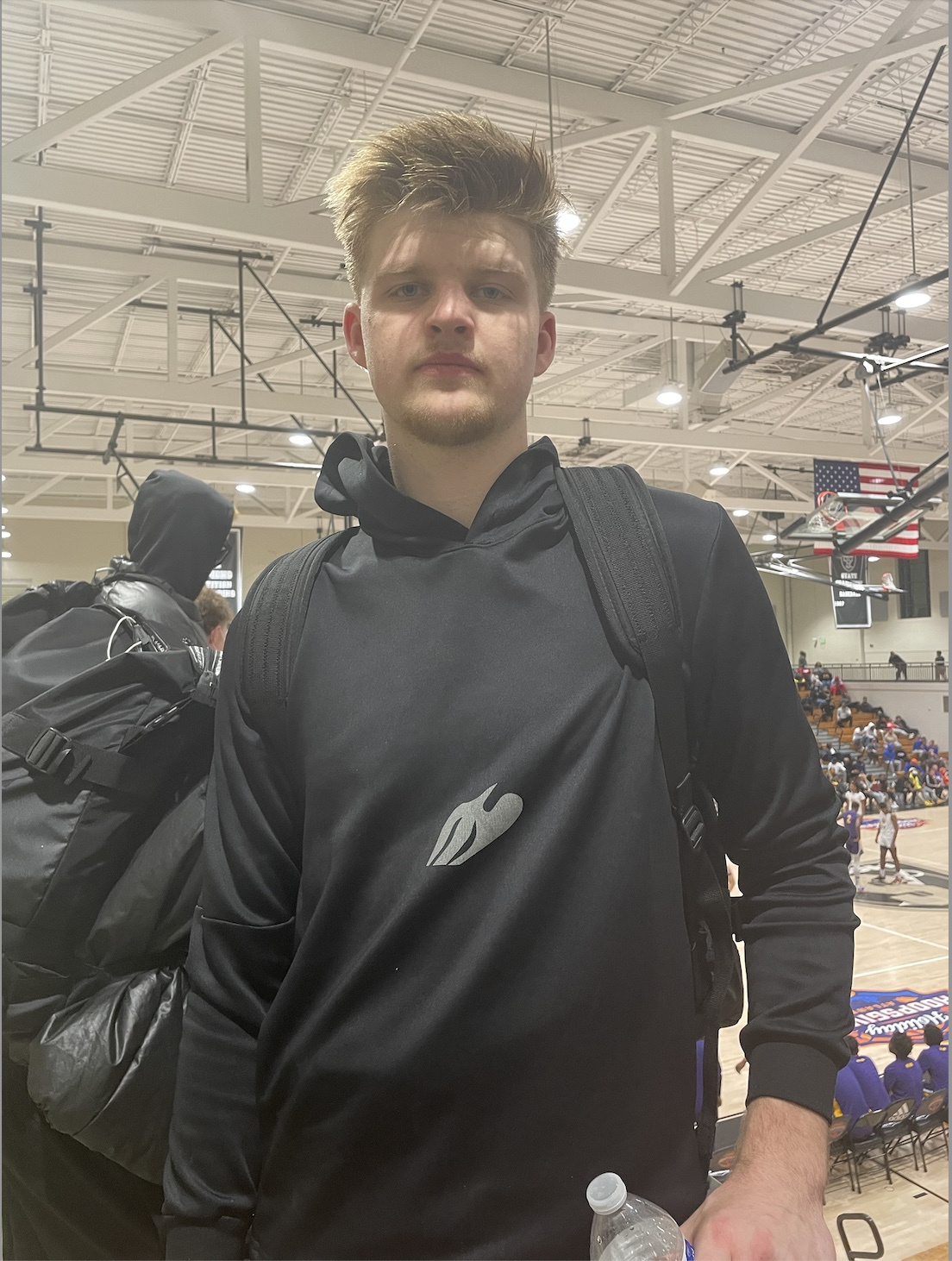 By JACOB POLACHECK ATLANTA —Braeden Moore has had a busy past month, de-committing from Rutgers on October 29 before making the move to Donda Academy, Kanye West’s new Adidas-backed prep school in Simi Valley, Calif., joining top recruits Robert Dillingham, Zion Cruz, JJ Taylor, Jahki Howard and Brandon White, among others. “We just got started as a group,” Moore said on his transition to Donda Academy. “We all came together three or four weeks ago. I came here three weeks ago. So, we’re still clicking. We needed this win after a tough loss yesterday and I like where we’re headed.” As far as the day-to-day life with Donda Academy, Moore says they have online school before going to the facility to lift weights and workout. “We get the whole college experience, basically,” Moore said. “As a high schooler, it’s to an even higher extent with the name Kanye.” Kanye West was in attendance for Donda Academy’s 69-51 victory over The Skill Factory (GA) at Atlanta’s Holiday Hoopsgiving Event. Moore said he had ‘no idea’ West was planning to be in attendance. “That was a shock to me, honestly,” he said. “He’s a great guy, but he’ll just randomly show up with who knows who at whatever time.” As far as Moore’s recruitment goes, the 6-foot-8, 210-pound forward is hearing from the likes of Colorado, DePaul, Xavier, Pepperdine and Santa Clara, Georgetown, TCU, San Diego State, Virginia Tech and Butler, among others, as he continues to be recruited by high and mid-major schools alike. “We’re weighing all the options,” Moore said. “We’re just trying to find the best place for me, where I can showcase my shooting ability and all of my other attributes and skills at the highest level. Ultimately, I want to fulfill my goals of playing pro.” Although Moore does not have a timeline for his commitment, he laid out his criteria for decision. “A place where I feel like it’s truly home, I don’t have to second guess myself and I know day one, I’m going to make the biggest impact that I can,” he said. “I’m going to get an amazing degree, have a great college experience and make an easy adjustment. “ Follow Jacob Polacheck on Twitter Follow Adam Zagoria on Twitter Follow ZAGSBLOGHoops on Instagram And Like ZAGS on Facebook