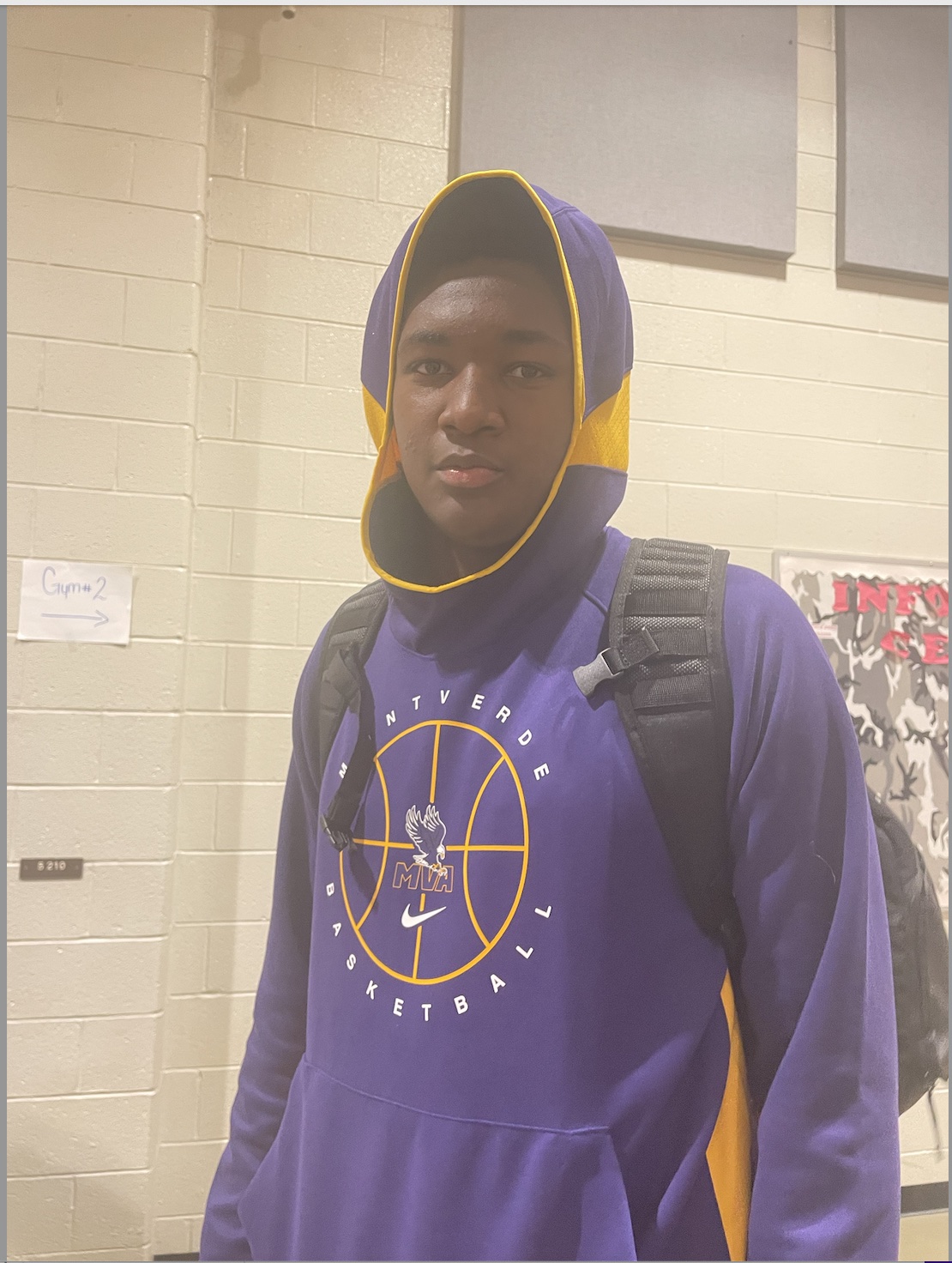 By JACOB POLACHECK ATLANTA – Montverde (FL) Academy class of 2024 five-star forward Derik Queen has shown steady improvement this season as some of the top schools in the nation vie for his commitment down the line. “The recruitment is going pretty good,” Queen said. “All of them are really communicating.” Queen, a 6-foot-8, 230-pound power forward out of Baltimore, MD, currently holds offers from Syracuse, Alabama, Indiana, Auburn, DePaul, Arizona State, Georgetown, LSU, Virginia Tech and Maryland. “Derik’s got great skill, great offensive skill,” Montverde head coach Kevin Boyle said. “He’s got such offensive skill. He’s got to continue to work on conditioning and he’s made great progress there.” Boyle said noting Queen has lost nearly 20-pounds. “I think right now he’s raised his game. In another year, I think it’s going to be at a different level.” Since joining Montverde over the summer, Queen has worked to develop his game against top competition, something that has really aided in his improvement. “He’s always been bigger and better than everybody without having to play real hard, without having to be in great physical condition,” Boyle said. “Now, he’s realizing to be a pro, he’s going to have to get there and he knows it’s going to be a bit of a process, but he’s making great strides. There’s no question in mind he’s going to fulfill what people expect of him.” Follow Jacob Polacheck on Twitter Follow Adam Zagoria on Twitter Follow ZAGSBLOGHoops on Instagram And Like ZAGS on Facebook